The world premiere of Morten Lauridsen’s Ave Verum Corpus—written for the Wheaton College Conservatory of Music – will be performed March 26. 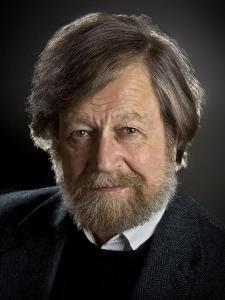 Wheaton College students will perform the piece Saturday, March 26 at 7:30 p.m. at the Armerding Center for Music and the Arts Concert Hall, located at 520 E. Kenilworth Avenue in Wheaton. General admission tickets are $10 and can be purchased here.

The College continues to work toward full funding for the Center. Conservatory of Music Dean, Dr. Michael Wilder, said commissioning Lauridsen’s work is a preview of the Center’s potential and will ideally inspire others to partner with Wheaton to realize the matching gift of $2 million offered for the John and Anita Nelson Center for Sacred Music, doubling any new financial gift to the Center.

“This exciting new work by Morten Lauridsen shows God’s wonderful provision and ably demonstrates what will be possible through the creation of the Nelson Center,” Dean Wilder said.

As part of the Nelson Center vision, the Conservatory will commission a substantial new sacred choral work annually. Wheaton College student music ensembles and soloists will have priority when premiering these new works.

“Wheaton students will be at the heart of the Nelson Center,” Dean Wilder said. “Our students will engage deeply with these commissioned works, their composers and Biblical messages. The Center will strengthen the College’s artistic ministry and involve all who perform these pieces in enriching Wheaton’s powerful service to church and society.”

This inaugural commission of Ave Verum Corpus is momentous not only for its sacred beauty but for its composer. Morten Johannes Lauridsen is an American composer and the recipient of many accolades, including a National Medal of Arts bestowed by then President George W. Bush. His works appear on more than 200 CDs, and five of his compositions were nominated for Grammy Awards. He received two Grammy Awards for his work as chorusmaster for the recording of William Bolcom’s “Songs of Innocence and of Experience.”

Purchase Tickets
Give to Support the Nelson Center
Contact Us