This year, Wheaton College is hosting the annual meeting of the American Scientific Affiliation. The ASA meeting will run from Friday, July 19 to Monday, July 22. 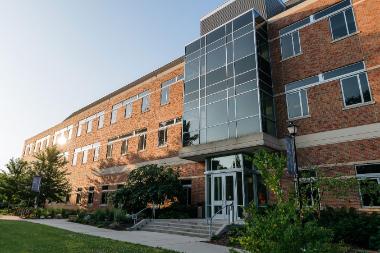 This year, for the first time since 1991, Wheaton College is hosting the annual meeting of the American Scientific Affiliation (ASA). This year’s theme is “Exploring Creation,” which encapsulates both “the scientific aspect of exploration” and “the theological concept of the natural world as creation,” according to the ASA 2019 website.

“As an organization, ASA doesn’t take a position on a range of things, such as a Young Earth or Old Earth or those sorts of issues, but the major position that they would take was that this is God’s world that he has made, and we can study it as God’s creation,” said Wheaton College Associate Professor of Biology Dr. Raymond Lewis, who is also serving as the meeting’s program co-chair. “The theme of the meeting hopefully expresses scientific exploration conducted in the context of the essential doctrine of creation.”

The variety of speakers reflects the interdisciplinary nature of the ASA.

“ASA is very much an organization of scientists who are Christians—as well as theologians who might have an interest in the sciences. So we have everything from engineers and medical doctors to academics in a variety of fields, so it’s quite a wide-ranging group,” Lewis said.

Lewis expects about 350 ASA members to attend the meeting, which will open on Friday, July 19 and conclude at noon on Monday, July 22. In addition to hearing from six plenary speakers, attendees will have the opportunity to hear from dozens of other presenters. Attendees also have the opportunity to go on four different field trips to local sites, including one in which Wheaton College Geology Professor Dr. Stephen Moshier will lead attendees on a geology tour of parts of the Fox River and Starved Rock State Park.

“The annual meeting is a chance for attendees to hear and learn more about ways that our invited plenary speakers and our contributed presenters in the parallel sessions relate the practice and understanding of science to the context of our Christian faith, and to interact with one another in that journey of exploration,” Dr. Lewis said. “For me, it has been a time to continue to learn from others, to evaluate a variety of perspectives that may be presented, to join together with other Christians in worship and fellowship, and to consider how I can apply each of these aspects in the context of my career as a scientist and educator at Wheaton College and in my roles in the local church and broader Christian community.”--Emily Bratcher