The Restoration of Perry the Mastodon

Bones recovered from the excavation were returned to Wheaton College for cleaning and preservation. Geology Professor and Department Chair Dr. Donald C. Boardman recognized the superb quality of the skeleton and quickly planed for a permanent display on the Wheaton College campus. The Richard Rush Studio of Chicago was employed to reconstruct the skeleton and create an exhibit. Forty one percent of the skeleton was recovered (115 bones and fragments representing 91 unique bones). Since more bones were recovered from the left side of the animal, the exhibit features an assembly of bones from the left side of the animal and a fiberglass model of the right side to show what the animal looked like in life. Missing bones from the left side were supplied from casts of bones from another museum specimen and from clay models of bones from the right side of the skeleton, skillfully reproduced by Wheaton College science students. The display was dedicated at its original location in Armerding Hall in 1975. In 2010, the mastodon was moved to a new exhibit in the Meyer Science Center. 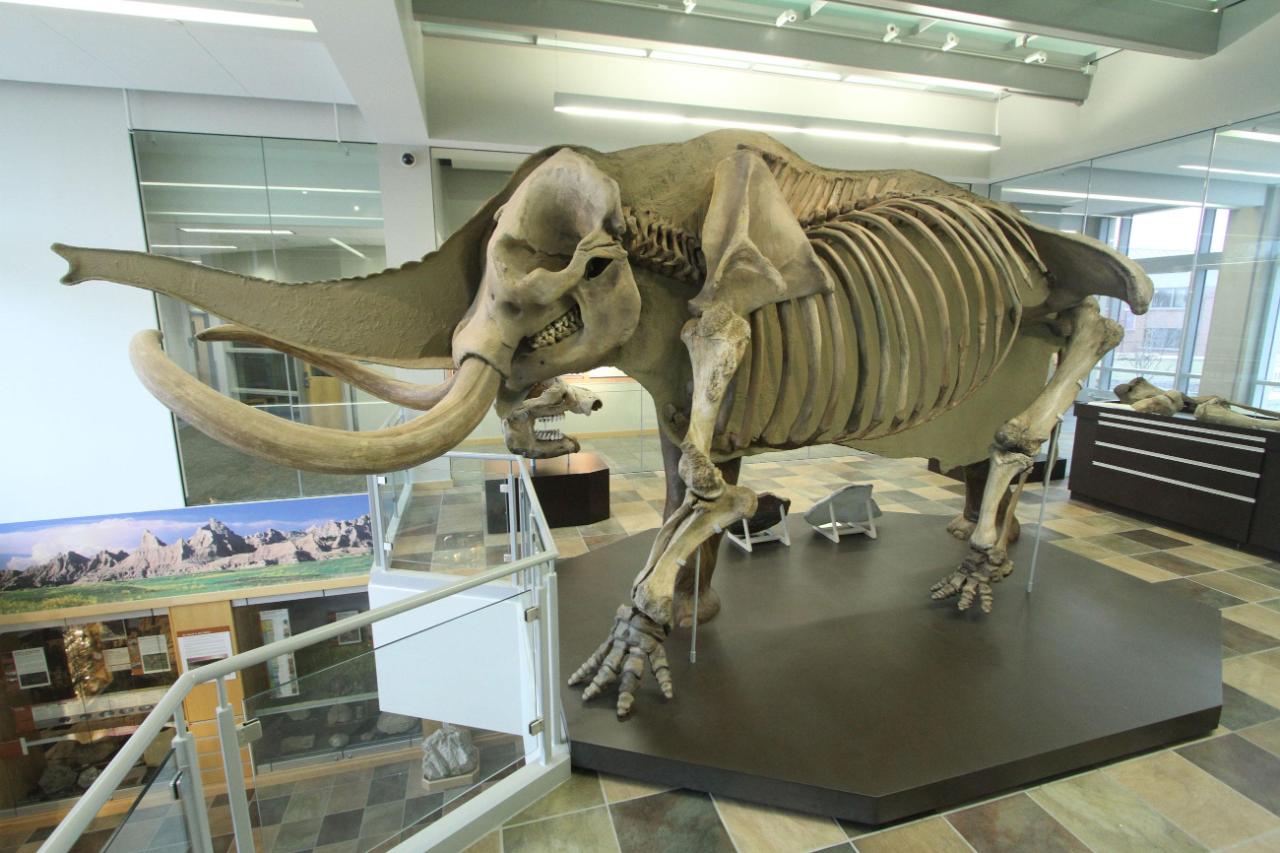