The Discovery of Perry the Mastodon

The Perry Mastodon was discovered on October 16, 1963 on the property of U.S. Federal District Court Judge Joseph Sam Perry in Glen Ellyn, DuPage County, Illinois. Judge Perry hired an excavator to dig a pond, and on that day a large bone was recovered in his drag-line bucket. Operations were suspended and two Wheaton College science professors were invited to the property to identify the curious find. Professors Cyril Luckman (Biology) and Douglas Block (Geology) recognized the bone as a femur from a fossil proboscidean (elephant) that would have lived in the region after the end of the last Ice Age. Further investigation disclosed the presence of more bones and Judge Perry gave permission to the Wheaton College Geology Department to excavate the site and retain the bones for future study and display. 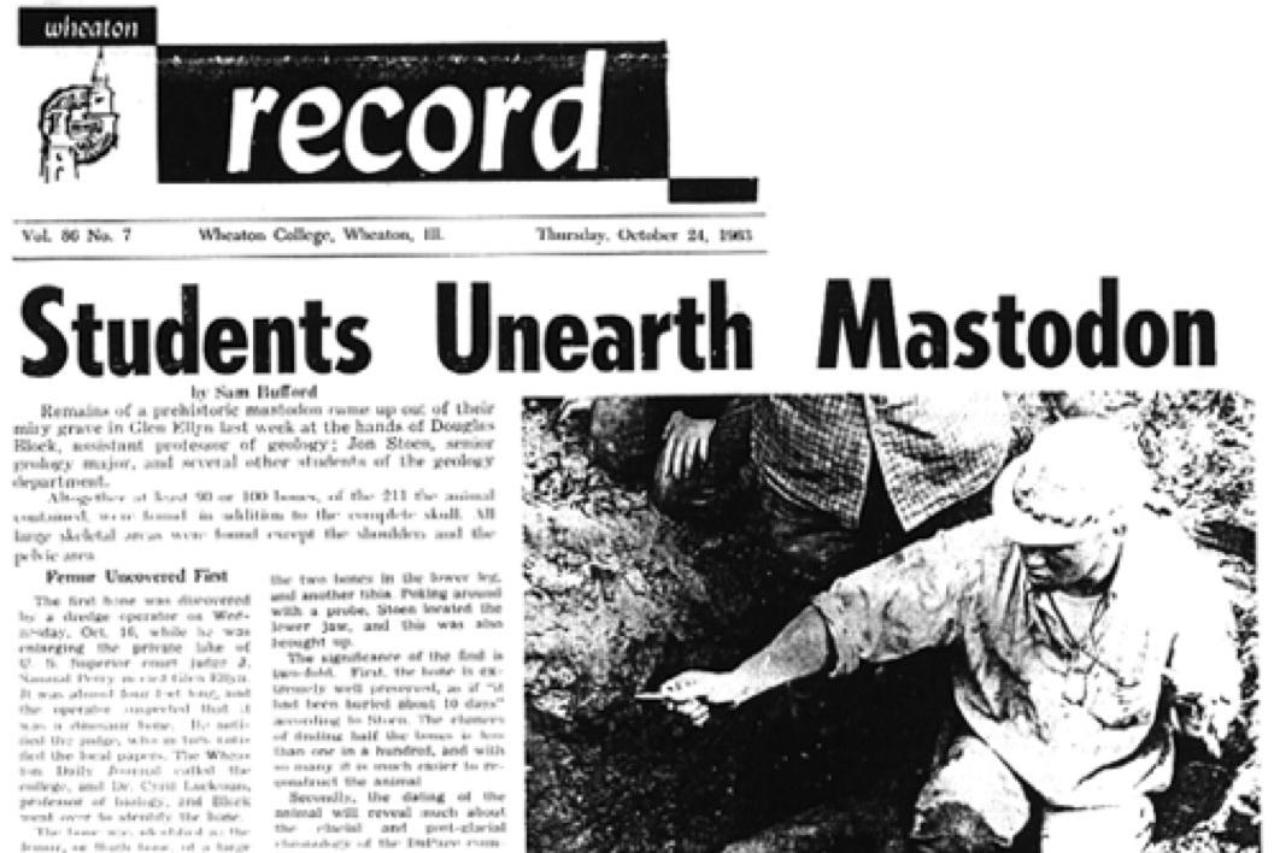