The Excavation of Perry the Mastodon

A number of Wheaton College faculty and students assisted in the excavation. Mr. Orville Gilpin from the Chicago Field Museum of Natural History provided technical supervision. About 115 bones were recovered, most of which were the larger bones of the skeleton. Teeth on the well-preserved skull and jaw of the animal confirmed the discovery of a mature Mastodon americanus. The excavation was limited to eight days because groundwater had to be continuously pumped out of the pond. News of the discovery appeared prominently in local print and broadcast media, attracting large crowds of people to witness the operation. Judge Perry admitted after the discovery and excavation: “Some of my detractors in the Democratic Party used to say that I was too much Republican. I guess they did not know how thoroughly I had that elephant buried in my back yard.” 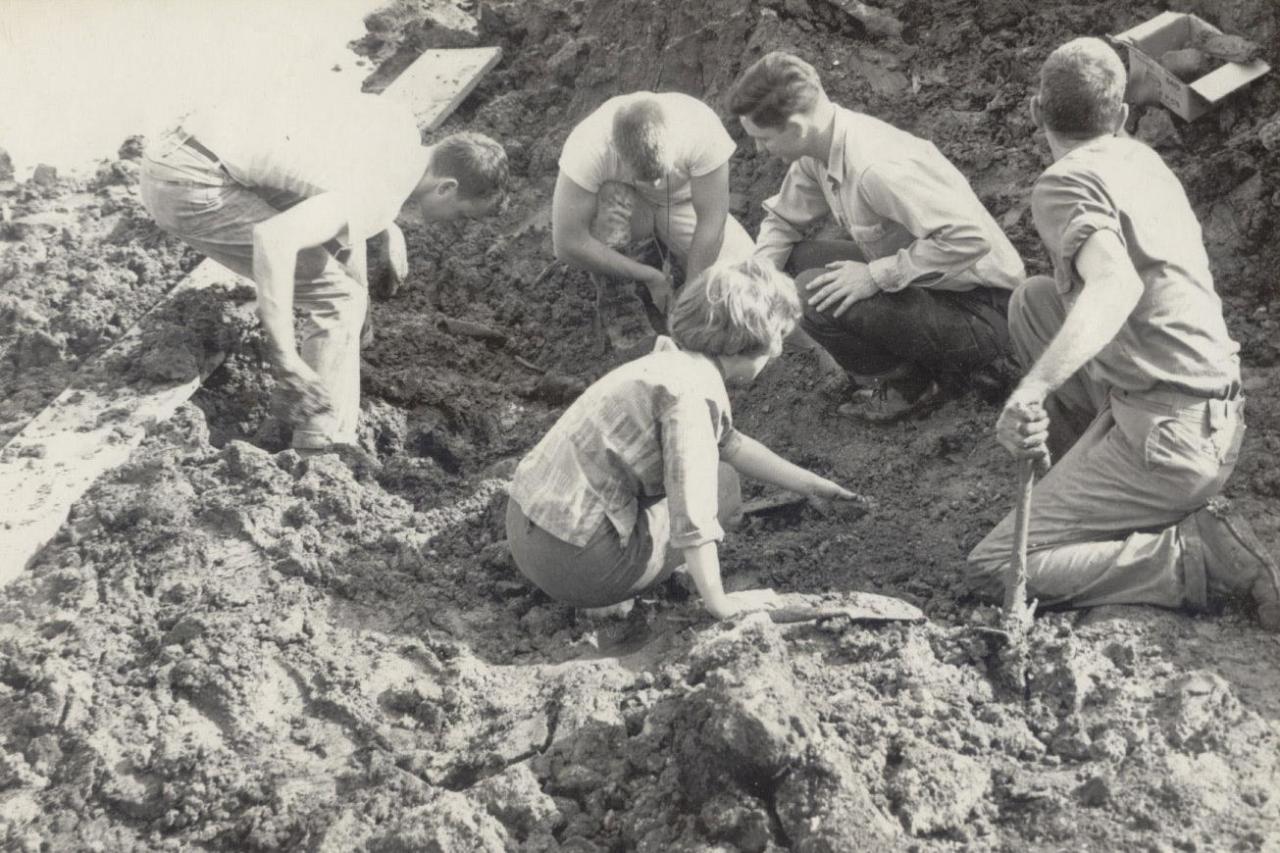