Take a literary pilgrimage through the ancient paths and contemporary motorways of Great Britain.

The Wheaton in England program provides students the opportunity to immerse themselves in literary narratives, historical realities, and visual culture as they experience the richness of British culture and its global connections. In the unifying seminar, students read select literary offerings that offer the chance to practice spiritual and academic reflection on how language and place mutually constitute each other. Students will also select from a range of other courses: an AIS exploring British history and literature through the two World Wars, a course that explores religious lyric and the power of devotional poetry, a course that examines intersections between writers from varied regions and England, and a writing course that studies the use of visual metaphor and narrative. Students will not only study the British classics and root them in the imaginative soil of place, but also engage with contemporary British and global literature within the realities of Britain today.

The trip will involve classic and memorable experiences in Britain: visiting the Tower of London and Poet's Corner, punting down a river in Oxford, experiencing Shakespeare plays at the Globe Theater and Stratford-Upon-Avon, hiking a fell in the Lake District, exploring the pump room and Roman baths at Bath, touring the wartime tunnels at Dover Castle, and hiking the Royal Mile in Edinburgh—as well as exploring castles, worshiping in cathedrals, navigating the London underground, and experiencing many more sites of historical significance.

Program offering is subject to internal approval, minimum enrollment, and ongoing evaluation of local conditions, including enhanced health and safety reviews in light of COVID-19

The courses offered meet requirements for the English major and minor.

All students will take:

The estimated program fee covers 8 credit hours of tuition (ENGL 433 plus 6 credit hours), lodging, some meals, ground transportation, group admission to literary and historical sites, and plays at the Globe and the Royal Shakespeare Theatre.

Estimated Additional Expenses: Students choosing to take 10 credit hours during the program (ENGL 433 plus 8 credit hours) will be charged an additional fee for two credit hours at the standard summer tuition rate for Wheaton College. Students will be responsible for international airfare, the cost of books, some on-your-own meals, and all personal expenses.

If you have questions or would like to know more about the program, review the English Department's Wheaton in England program details or contact Dr. Christine Colón for further information. 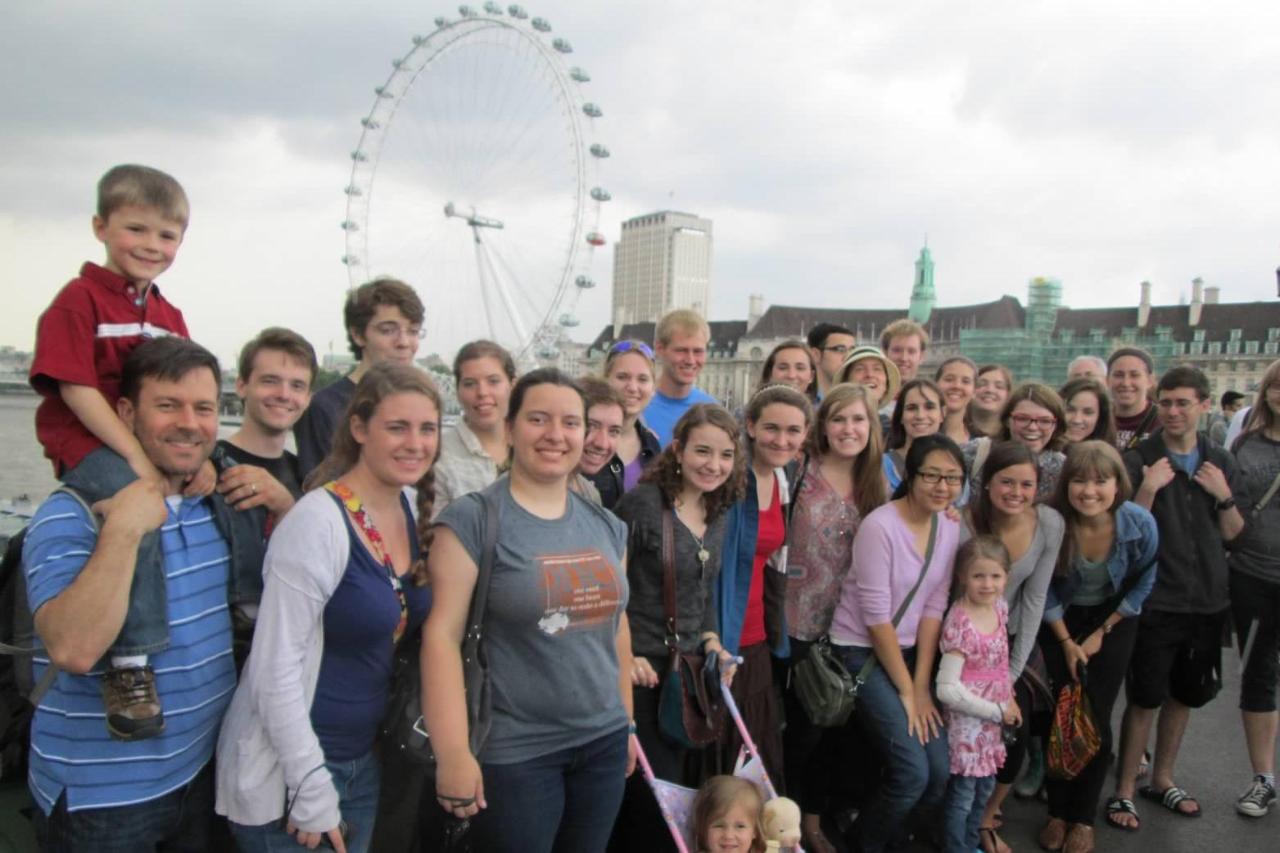 View Slide Show
This gallery shows just a few of the amazing experiences you will have as a Wheaton in England student.
Apply to participate in a Wheaton Summer Program!