Wheaton Associate Music Professor Dr. Johann Buis was invited as the Distinguished Visiting Professor and Schulich Dean’s Chair in Music during the 2021-2022 academic year at McGill University’s renowned Schulich School of Music. This appointment comes as the recognition of Dr. Buis’ stature in the academy as an ethnomusicologist. 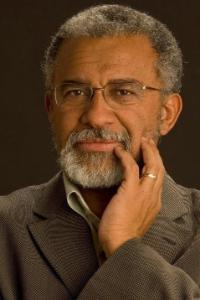 “The Schulich School of Music is thrilled and honored to have Dr. Buis with us for the year as a Distinguished Visiting Professor and Schulich Dean’s Chair in Music,” said Schulich School of Music Dean and Professor of Music Theory Dr. Brenda Ravenscroft. “In the few months that he’s been here, he has fueled important conversations about music and social justice, introduced a bridge between the School and local West African musicians, and inspired students and faculty alike through his ability to provoke deep reflection and to stimulate creativity. Our community has been enriched and elevated by his presence.”

The Distinguished Visiting Professor and Schulich Dean’s Chair in Music yearlong position is bestowed on members of the academy who can deepen and supplement the current skill sets available from the faculty of the Schulich School of Music.

Dr. Buis’ experience and expertise lie at the intersection of social justice advocacy and public musicology. He is an acclaimed scholar in both historic musicology and ethnomusicology, and most recently, has been thinking about questions related to the reception history of Black music between Africa and the USA—particularly how Africans view the music of African Americans.

With this appointment from McGill, Dr. Buis is teaching two graduate seminars: “Music, Social Justice, and Black Perspectives” and “Musical Citizenship and Diverse Ethnic Voices.” He is also giving public lectures on topics that reflect his expertise, including “Social Justice and the Concert Stage” and “Music Citizenship Montreal: Hidden Musicians and the Academy.” In addition, Dr. Buis has advised doctoral students and given guidance and mentorship on their research.

“Dr. Buis is ideally equipped to assist McGill University, as they enlist his perspective, experience, and creative insight in matters of equity, diversity, and inclusion,” said Wheaton College Dean of the Conservatory of Music and Division of Arts and Communication Dr. Michael Wilder. “He brings an insightful ability to pose questions that challenge assumptions and values, while offering an encouragement toward understanding and reconciliation.  He also champions music and the arts as especially powerful cultural lenses into understanding and communication.”

Dr. Buis holds degrees from Ball State University, the University of Cape Town, the Orff Institute of the Mozarteum University of Salzburg, and the University of the Western Cape. Between 1995 and 1996, he was a post-doctoral Rockefeller Research Fellow at the Center for Black Music Research at Columbia College Chicago. In 1982 and 1983, he held a Fulbright Fellowship. Prior to joining the faculty at the Wheaton College Conservatory of Music in 2003, he served as a tenured music professor at the University of Georgia for eight years. This is his 23rd year serving as the pre-concert lecturer with the Chicago Symphony Orchestra.

He has published scholarship on topics ranging from performance history of early music to the aesthetics and reception history of black music between the United States and urban centers in Africa in journals, which include College Music Symposium, Ethnomusicology, Early Music America, MLA Notes, to Torture: Quarterly Journal on Rehabilitation of Torture Victims and Prevention of Torture and Issue: A Journal of Opinion.