We invite you to read with our students, staff, and faculty the novel My Name is Asher Lev by Chaim Potok, as a part of Wheaton College’s Core Book program.

The Core Book program fosters a shared experience across the campus community as we read, reflect upon, and discuss together a significant work that highlights themes of Wheaton’s Christ at the Core general education curriculum.

Join us in reading Chaim Potok’s fascinating story of a young Jewish boy's search for belonging, meaning, belief, and his artistic vocation. Asher Lev’s dual identities as a Hasidic Jew and talented artist created tensions within his home and close-knit community. His story also introduces us to postwar tensions devout Jewish communities faced. What does it mean to be Jewish? What does it mean to be an artist? Can an artist be a faithful member of a deeply religious community? How should parents nurture their children’s faith and gifts? Can faith and art come together or encourage one another? Potok offers the reader an extended meditation on how religious communities practice spirituality together and interact with the broader culture. We invite you to read with us as we ask how our own Christian faith might shape and inform our imaginations and engagement with art.

My Name Is Asher Lev

Buy from the Wheaton College Bookstore
Buy from Amazon

Why My Name Is Asher Lev?

My Name is Asher Lev prompts us to consider the tensions artists face in pursuing their vocational calling within faith communities. We will see through a child’s eyes his struggle to live out his Jewish faith, please his father, and create the art his community cannot appreciate or understand. Potok’s novel also reminds us of the many ways God invites us to encounter his truth and beauty. Human creativity and the act of making music or art can help orient us towards God and encourage true hope, even as we seek to make sense of the ugliness of injustice and suffering. As we read together this account of bringing faith and art together, may we be open to the possible call to look for ways to make music or art as an expression of our beliefs and a way to respond faithfully to our own experiences. 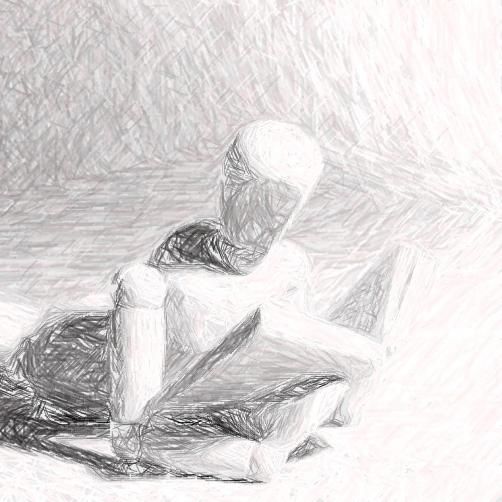 Reflection and Discussion Guide - My Name Is Asher Lev

"That's what art is, Papa": Philosophical Aesthetics in My Name Is Asher Lev

The Jewish Context of My Name Is Asher Lev

"Collision with the Outside World" by Guy Davenport in The New York Times, 1972

An interview with Chaim Potok at Seattle Pacific University in 1997 by Jeff Keuss, with Connie McDougall and Jennifer Johnson Gilnett

"Chaim Potok: A Writer Struggling with his Jewishness" by Eric Homberger in The Guardian, 2002

A blog post featuring paintings by artist/author Chaim Potok, including Brooklyn Crucifixion, a real painting by Chaim Potok which bears the same title as the infamous painting by Potok's fictional artist Asher Lev

Art and Faith: A Theology of Making by Makoto Fujimura, Yale University Press, 2020

A series celebrating the value of the arts, creativity, and imagination in Christ's call for his followers to live faithfully in the world.

An essay exploring Potok's "portrayal of young religious fundamentalists who are confronting modernity and negotiating their tradition in the process."

"Chaim Potok's Reforming of a Traditional Judaic Narrative in The Gift of Asher Lev" by Nathan P. Devir in Studies in American Jewish Literature, 2012

A close reading of the sequel to My Name Is Asher Lev, focusing on Potok's treatment of Judaic metanarrative

"My Name Is Asher Lev: Chaim Potok's Portrait of the Young Hasid as Artist" by Ellen Serlen Uffen in Studies in American Jewish Literature, 1982

"Book club: My Name is Asher Lev, by Chaim Potok," by Richard Harries in The Church Times, 2018

An overview and reflection on My Name Is Asher Lev, followed by questions to ponder or discuss

"The Crucifixion of Chaim Potok/The Excommunication of Asher Lev: Art and the Hasidic World" by Sanford Pinsker in Studies in American Jewish Literature, 1985

A critical look into the complexities of Asher Lev, a fictional Hasidic Jew, painting a crucifixion

An overarching history of Jewish faith in America

A reading guide that engages themes of truth, beauty, and art in My Name Is Asher Lev