Wheaton College physics major Michael Vieceli ’20 and Associate Professor of Physics Dr. Heather M. Whitney recently presented research at a major conference related to medical physics, the annual meeting of the American Association of Physicists in Medicine (AAPM), which was held in San Antonio, Texas in July 2019. Dr. Whitney also presented at the 2019 annual meeting of the Radiological Society of North America (RSNA), which is held annually in Chicago in December.

“Michael is the first physics student to work on the aims of the R15 grant, and the AAPM presentation was a great first step towards the goal of characterizing repeatability of classifier performance using radiomic features extracted from magnetic resonance images of breast cancer,” said Dr. Whitney. “We are grateful to be in collaboration with Professor Maryellen Giger and her lab at the University of Chicago, as our work builds upon the over thirty-year history of their efforts and achievements in developing methods for computer-aided diagnosis.”

Michael Vieceli ’20 (center) presents his poster at the 2019 annual meeting of the American Association of Physicists in Medicine.

Michael will continue his research through the end of the 2020 spring semester, writing an honors thesis and presenting a poster at SPIE Medical Imaging in Houston, Texas in February 2020. 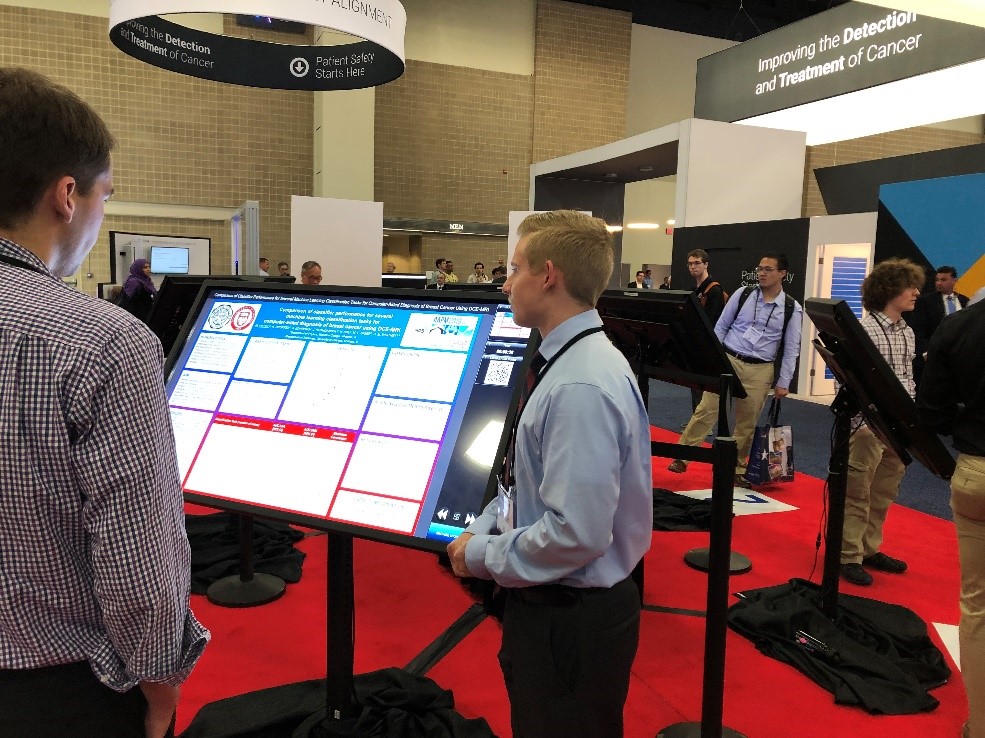 Michael Vieceli ’20 presents his poster at the 2019 annual meeting of the American Association of Physicists in Medicine.

Dr. Whitney gave oral talks at AAPM and RSNA. At AAPM, she presented on “Harmonization of Radiomic Features of Breast Lesions Extracted from DCE-MRI Across Two Populations,” and at RSNA she presented on “Effect of Harmonization on Machine Learning Classification Performance of DCE-MRI Radiomic Features of 2,235 Breast Lesions from Two Populations.” Each presentation is a result of her ongoing collaboration with the Giger Lab at the University of Chicago in her role as Visiting Scholar in the Department of Radiology. 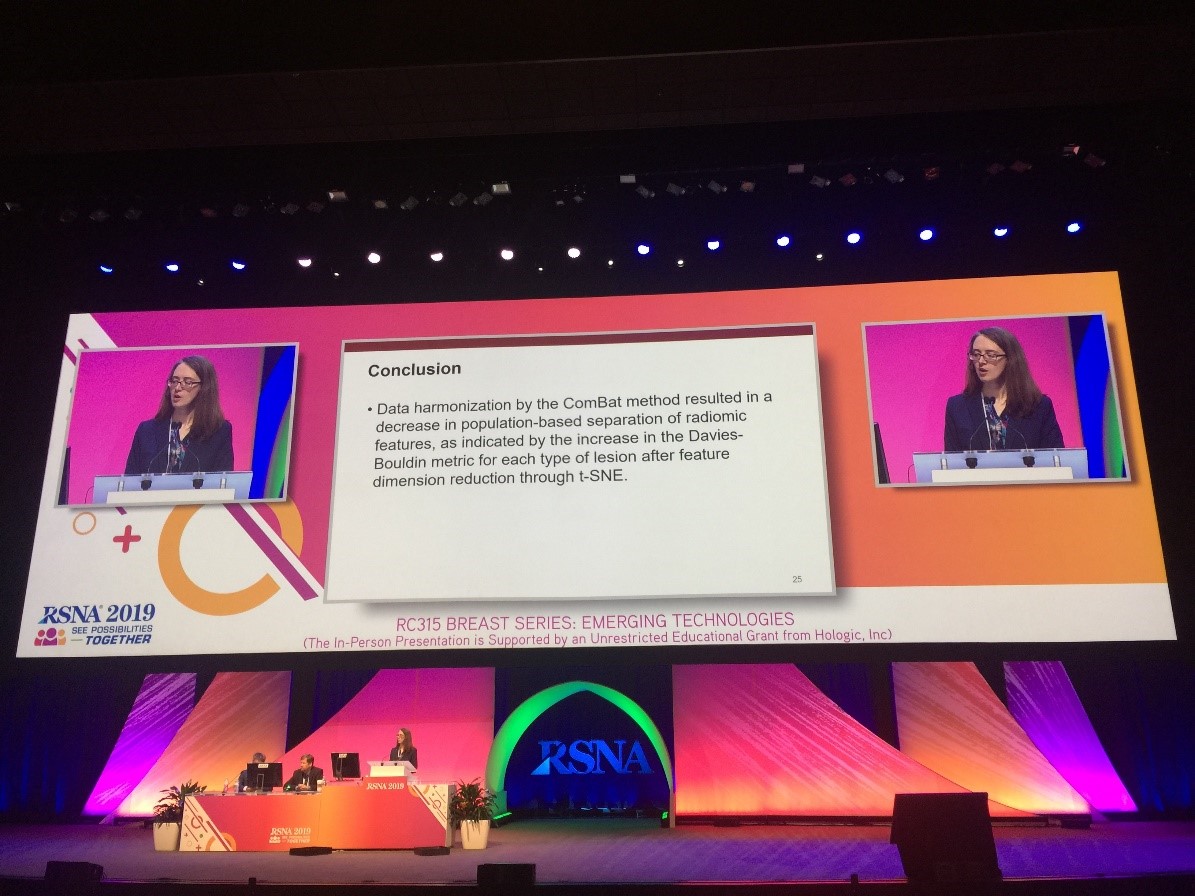