The LiDAR (Light Detection and Ranging) project began in the fall of 2018 when Dr. Daniel Master, Professor of Archaeology, initiated a collaboration between the Wheaton Archaeology division and Wheaton’s Ingenium Physics and Engineering club to solve the problem of mapping and quantifying daily changes at Wheaton’s archaeology dig site in Tel Shimron, Israel. Since then the project has included students and faculty from Geology, Computer Science, Biblical Archaeology, Physics and Engineering divisions. The project is fully funded by the Bible and Theology (BITH) department, along with product sponsor Velodyne LiDAR.

LiDAR uses pulses of laser light (up to 300,000 pulses per second) to measure ranges or distances from an instrument  to the surface of the earth. These pulses, when reflected and analyzed by sensors, generate 3-D maps or point clouds  of the target area. Ground based LiDAR is more accurate and much less expensive than airborne LIDAR  (Perroy et. Al, 2010).

The goal of the Wheaton LiDAR project is to scan an archaeological dig site every day and accurately track the excavation of soil, artifacts and other material for that day, including the quantity of material, where it came from and where the material was moved to. Through the daily scans, archaeologists will have a permanent 3-D map record of the site including the locations from which artifacts were excavated. GIM reported, “The daily scans were compared in chronological sequence to create a point cloud which recorded all angles (top, sides and bottom) of every mass of material which had changed from one day to the next.”

LiDAR will provide archaeologists with much more details about the daily excavations.  Master  reported in a Velvodyne blog post, “With Velodyne’s Ultra Puck  LiDAR, we are working to capture more detail about what we dig. Our goal is to produce a three-dimensional shape that represents every mass of dirt (or stone or mudbrick) that was removed during a day.”

Because many of the artifacts are very small (less than an inch tall), distances must be very precise. One of the project objectives is to enhance the accuracy of the LiDAR system, as well as to make the software more user-friendly. 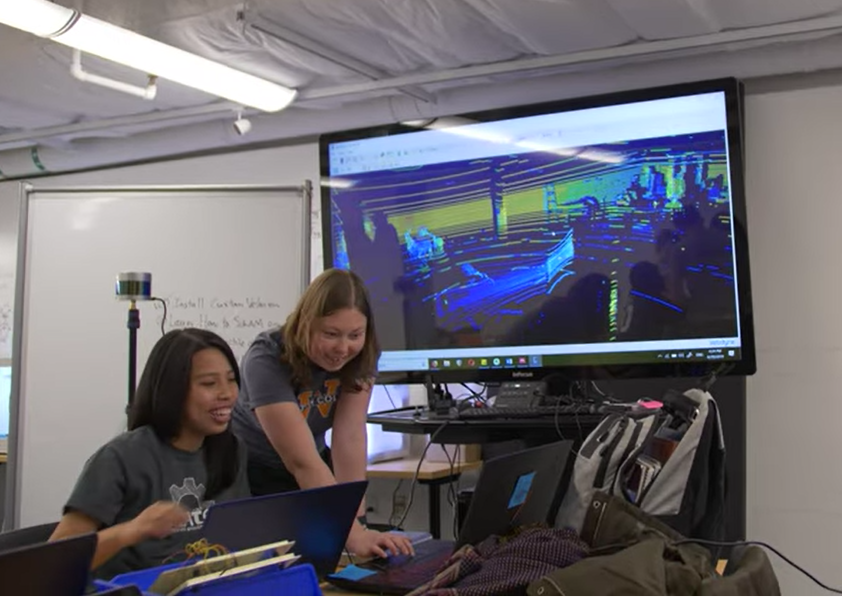 Field tests in summer 2019 at Tel Shimron carried out by Rachel Barron and McKenzie Blank revealed that more accuracy was needed when measuring  the size of artifacts and compiling the 3D point cloud map of the site. To increase accuracy, the team decided to use an inertial measurement unit (IMU), and to optimize the Simultaneous Localization and Mapping (SLAM) algorithms used to map data from the sensors. Both VeloView and Google Cartographer software contain SLAM algorithms. This software using the SLAM algorithms output a 3D point cloud after SLAM algorithms are applied. SLAM parameters and inputs have to be modified depending on the sensor and software. 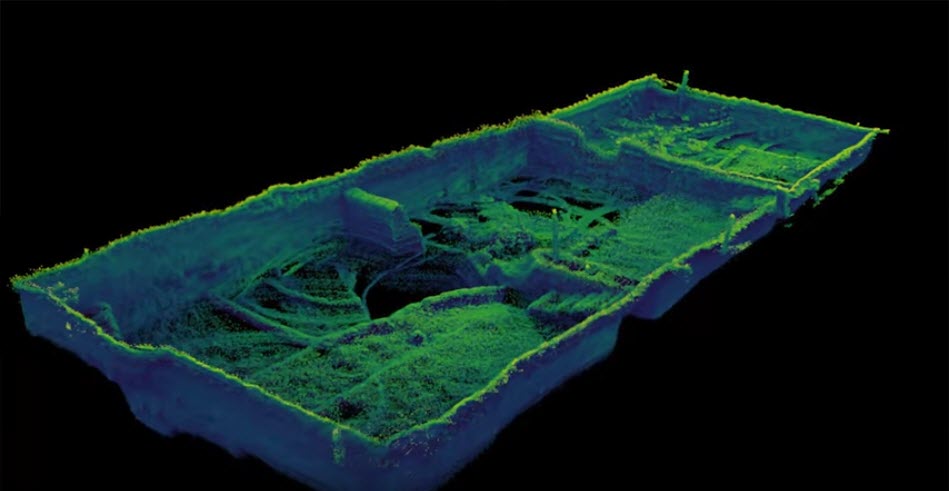