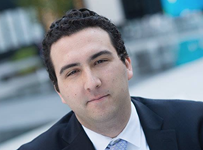 You won't want to miss this opportunity to hear from leading expert and strategist at the intersection of faith, politics and American public life Michael Wear.  As one of President Obama's "ambassadors to America's believers" (Buzzfeed), Michael directed faith outreach for President Obama’s historic 2012 re-election campaign. Michael was also one of the youngest White House staffers in modern American history: he served in the White House faith-based initiative during President Obama’s first term, where he led evangelical outreach and helped manage The White House’s engagement on religious and values issues, including adoption and anti-human trafficking efforts.

Michael writes for The Atlantic, Relevant Magazine and other publications on faith, politics and culture. He serves on the national board of Bethany Christian Services, the nation's largest adoption agency.