Getting Together at Rosa’s House

Shireen David ’00 received a bachelor’s in English Literature at Wheaton College in 2000 and now is the Director of Mission & Outreach at All Saints Church in the Washington DC metro area.

Twenty years after we forged deep friendships during our freshman year at Wheaton College, three of my friends and I gathered in Berlin, Germany in September 2017 to celebrate my 40th birthday. While touring the historically-weighted sights in that resurrected city—the Brandenburg Gate, the remnants of the Cold War Berlin wall, and the Reichstag—we also discovered an important artifact of American history, the transplanted Detroit, Michigan, house of Rosa Parks. 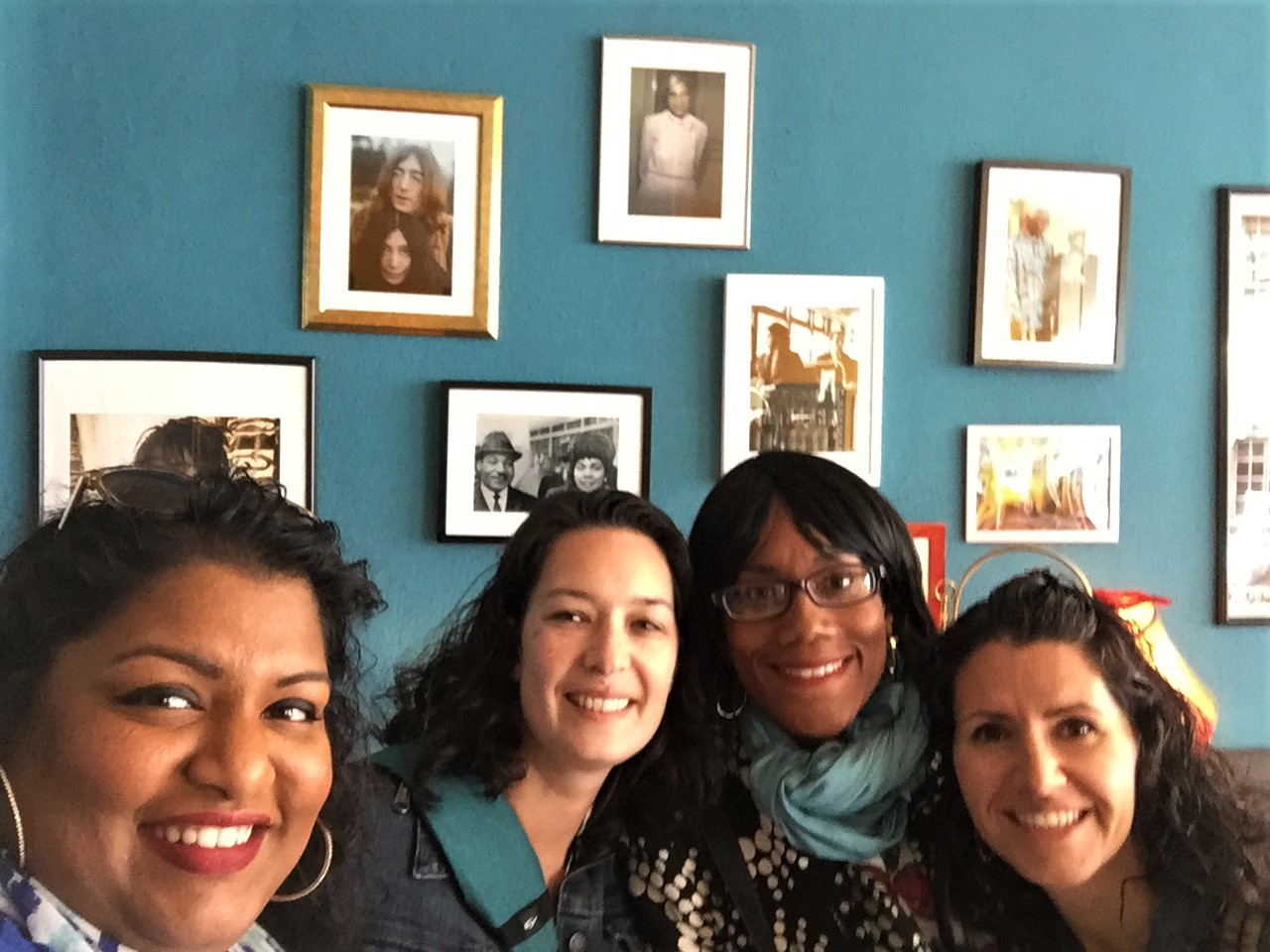 The simple, derelict house bears witness to the difficulties endured by the seamstress who refused to move to the back of a Montgomery, Alabama bus, and ultimately became a civil rights icon. Seeing the house together so far from home caused us to reflect more deeply on our friendship and the realities of racial division that persist in America today.

A couple of months before the trip, I had read a New York Times article about Berlin-based American artist Ryan Mendoza who had moved the house to his yard to save it from demolition, following failed efforts to memorialize it in Detroit. A naturalized American citizen who emigrated from India in high school, I once naively thought racial injustice was reserved “only for African-Americans.” The house’s story was astonishing and bewildering to me. Why did Rosa Parks’s house have to be moved to Germany to be saved? And so I told my class of 2000 friends—Eden Neely Niles, Megan Boda Haworth, and Salliann Muth Ran—that I wanted to visit the house during my time in Berlin.

We tracked down the house in Wedding, a gentrifying neighborhood in Berlin’s Mitte district, with the help of our host Laura Merzig Fabrycky ’99, who lives in Berlin with her spouse David ’00, with whom we had been friends since our Wheaton days. The house's weathered wood walls and shingled roof peaked out from behind a locked gate in a walled-off courtyard surrounded by tall city apartments made out of drab concrete and plaster.

Fortunately, we found and persuaded Mendoza to let us into his yard to see the house, which is not for public viewing. He said that Rhea McCauley, Parks’s niece, had allowed him to bring the house to Berlin since she was unable to find any institution in the United States willing to take it on at the time.

Listening to Mendoza while looking at the carefully reconstructed house, Haworth said, “The bittersweet legacy of Rosa Parks came into better focus for me.” In Alabama, Parks received death threats and was blacklisted by employers. She moved north, joining family in Detroit. Seventeen people from the Parks family ultimately came to live in the poorly constructed, overpriced, three-bedroom house. Ms. Parks struggled to find work; companies were reluctant to hire such an infamous woman. Though she later was recognized as a hero and bestowed with the Presidential Medal of Freedom, the house testified to her humble, daily struggle to eke out a living. “That story was not the Rosa Parks story I had learned in school,” Haworth says.

The house found refuge in Berlin, as many have, and its repatriation put that American story in a new light for us. “We take pride in remembering Rosa Parks as a national symbol but we did not care well for her as a neighbor,” says Laura Fabrycky. Salliann Ran agrees: “American schools teach about Rosa Parks every year to just about every age of elementary school children. We all learned that she wouldn't give up her seat for a white man on a bus. But we rarely teach about what her life was like after that moment—what kinds of injustice continued after that day for her and her family, how America continued to treat her after that.”

Having become a symbol, Rosa Parks suffered for it in real life. While it achieved much, the Civil Rights movement could not fully redeem the many systemic racial injustices. Many African-Americans fled the Jim Crow South only to then suffer in a largely indifferent or even hostile North. The daily struggle continues. 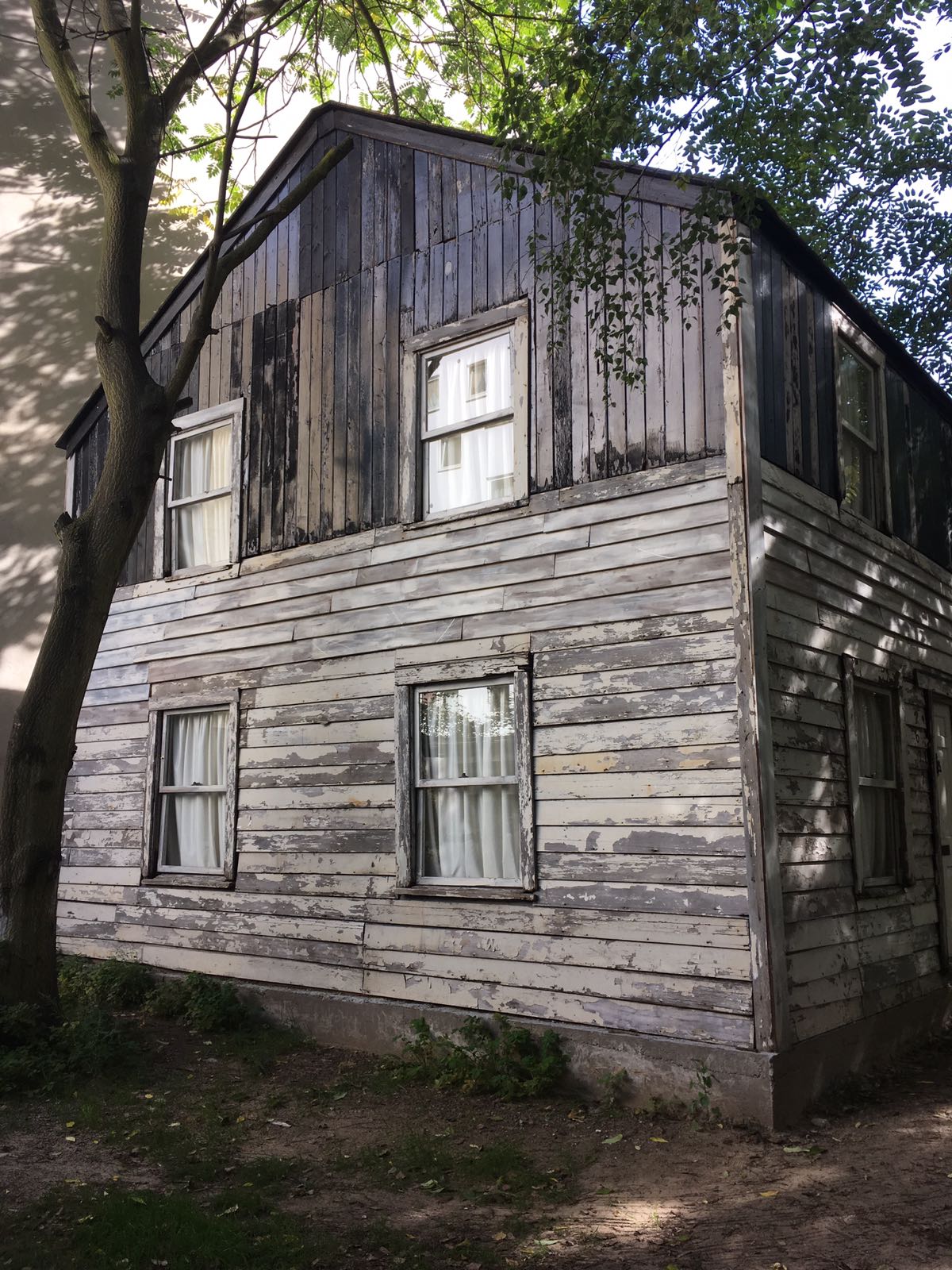 The New York Times recently reported that the Nash Family Foundation has agreed to fund the house’s repatriation to the United States. Where it will come to reside is still being determined. Perhaps it was the removal that made America finally value the house.

The house caused us to look back on the history of our own friendship too. Over the last twenty years, we’ve worked to keep these precious Wheaton friendships strong, incorporating spouses and children into the group. By God’s grace, in Christ, we continue in friendship, even though we all live far apart.

But even in our earliest days as friends at Wheaton, we’ve had to grapple with the painful wounds of race. During an ‘open floor’ one evening, we discovered that one of our [male] friends had displayed the Confederate flag across the wall in his room. I was shocked. Eden—who is African-American—was angry. He couldn’t understand why we were incredulous but he was open to talking about it. He listened and we were able to begin a conversation that day. 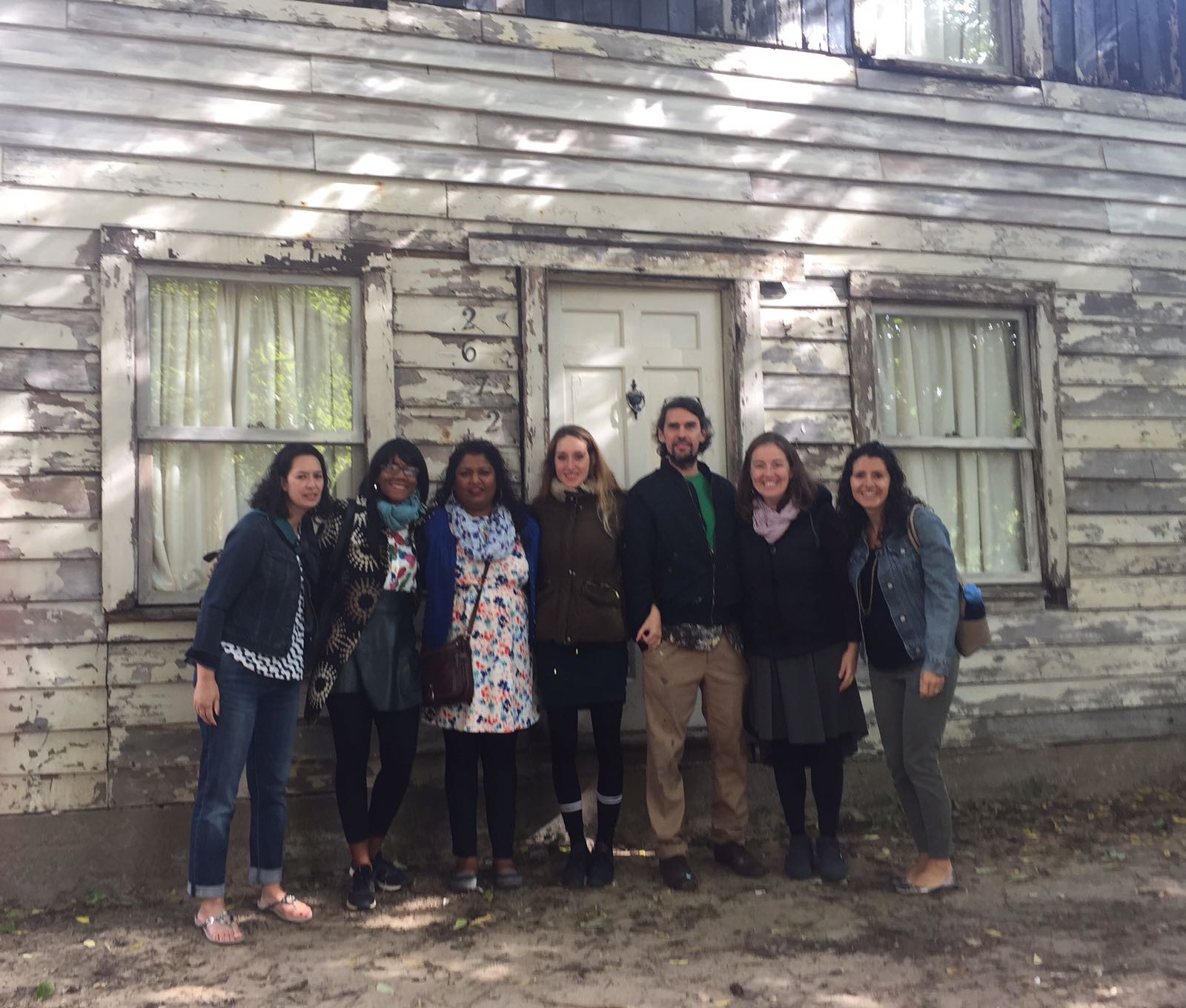 Our friendship with him remains strong to this day.

That moment mattered then, and it continues to matter now. All these years later, our conversations about race have become deeper and more nuanced. I believe that we can still talk about uncomfortable issues because, mercifully, with God's help, we worked through that painful moment in the autumn of 1996.

Megan Haworth says seeing the Rosa Parks house in Berlin cast a new light on other aspects of her life. “Sunday morning is still the most segregated hour of the week in America. This divide is played out in my own church, mostly white and suburban. But these women continue to pull me into a deeper story. I am thankful for them, and I am glad we came to see Rosa Parks’s house, together.”

Eden Niles agrees, adding, “Sometimes you have to leave your own country to see it in a new way. Perhaps transplanting the Rosa Parks house to Germany, which has had to reckon with its own history of racial injustice, will help Americans value her memory, to more accurately remember our history, and to keep praying for and working towards the healing of the persistent racial injustices in our own society.”