Join us this fall for a series of exhibitions, film screenings, and music that explore how art is used to draw people together, invite dialogue, and work towards justice in Mexico, Guatemala, and right here in Chicago! 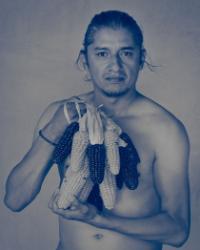 An exhibition of photographs by Greg Halvorsen Schreck
Sponsored by the Art Department, with support by the Office of Global and Experiential Learning

Schreck explores connections between creation stories, people, land, and family. Many of the photographs were made during his recent time in Guatemala. While he was there, he interacted with Indigenous people, families, missionaries, and others who graciously survived and thrived in the midst of Central America’s difficult and violent history. Schreck’s Guatemala pictures will be shown with earlier photographic portraits inspired by the Biblical story of the first days of creation in Genesis.

Sponsored by the Department of Modern and Classical Languages and Sigma Delta Pi, the National Collegiate Hispanic Honor Society

The Mexican Revolution (1910-1920) is the defining event of 20th century Mexico. It has been reproduced in art, literature and film in a myriad of ways. The goals of the revolutionaries were to implement democracy, land reform, and education for all Mexican citizens. Although the revolutionaries were successful in overthrowing dictator Porfirio Díaz (1876-1911), the success of implementing reform has been questioned, even to this day. This film series offers three different perspectives of the Mexican Revolution. Each of the three films invites viewers to reflect on the nature and artistic representation of this culturally defining event in Mexican history.

El Cometa (1999), written and directed by Marisa Sistach and José Buil
Tuesday, September 18, 7pm, Blanchard 339:
El cometa attempts to capture three exceptional historical events: the 74-79-year cyclical appearance of Halley’s Comet in the continent, the beginning of the Mexican Revolution, and the emergence of the Mexican film-making industry. The film depicts the early events of the Mexican Revolution. Dictator Porfirio Díaz wins the rigged presidential election after jailing the opposition Francisco Madero. Forced to exile in San Antonio, Texas, Madero issued his famous call to arms against Díaz’s “Plan of San Luis Potosi”. As “Maderistas”, Valentina and her father get arrested for publishing subversive material against Díaz. Valentina manages to escape joining a traveling circus in order to deliver a sack of gold coins to Madero revolutionary movement in San Antonio. During this journey Valentina meets a young Victor, who, determined to save his father’s circus, experiments with early cinematography, documenting the first images of Revolutionary Mexico. [In Spanish, with English subtitles]

Enamorada (1947), directed by Emilio Fernández
Tuesday, October 2, 7pm, Blanchard 339:
Emilio Fernández famously said, “El cine mexicano soy yo” (I am Mexican Cinema). His fervent patriotism shines through in his representation of Mexican men as macho and valiant and women as beautiful and even resembling La Virgen herself. This visually striking film, roughly based on Shakespeare’s The Taming of the Shrew, demonstrates how the revolution broke down class barriers, telling the love story between Beatriz, an independent and stubborn upper class woman and José Juan, a brazen revolutionary general who tries to woo her. Critics also note that the film represents a sexist push to silence women who had been liberated by the revolution, demonstrating a need for a male-dominated society by pressuring women to be docile and acquiescent. [Spanish language only]

Los olvidados (1950), directed by Luis Buñuel
Tuesday, October 16, 7pm, Blanchard 339:
Between 1939 and 1942 as many as 25,000 Spanish exiles sought refuge in Mexico from the fascist dictator, Francisco Franco. Luis Buñuel, renowned Spanish filmmaker, first was exiled in the United States and later arrived in Mexico, where he would make some of his best and often most underappreciated films. Los olvidados, a sordid story of a band of forgotten street children, takes place in Mexico City, with surrealist undertones. The film questions the benefits supposedly brought about by the revolution in Mexico by presenting the city as a hateful and ruinous place where children are motherless and reform is impossible. The film even dares to wonder if things had been better under dictator Porfirio Díaz. [In Spanish, with English subtitles]

Mariachi Herencia de México, an ensemble of students ages 11-18 from Chicago’s immigrant barrios, has scored a surprise hit with their debut album of traditional Mexican music. Nuestra Herencia (Our Heritage) ranked No. 2 in its first week on iTunes’ Latin chart, defying a music industry trend and pointing to a revival in recorded mariachi music. Celebrate Mexican heritage with traditional instrumentation performed by these promising young artists.

Art of Protest/Art of Dreams: Contemporary Printmaking in Oaxaca and Chicago

October 29-December 10, Walford Galleries, Adams Hall
Sponsored by the Art Department, with support from the Office of Global and Experiential Learning 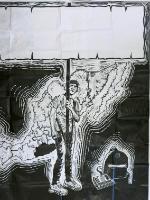 Mexico has a long-standing tradition of using printmaking as a force for social and political engagement. This exhibition explores the impact of this tradition on Latino artists today, bringing together over 30 printmakers from Oaxaca, Mexico to Chicago, USA. These artists share a common commitment to using art to draw people together and imagine a better future. Although they come from geographically and culturally diverse places, they are united in a belief in collaboration as a foundation for community, activism, and outreach. The work in the exhibition ranges from political protest to thought-provoking and poetic explorations of gender, domesticity, tradition, and contemporary life. Among the artists and presses featured are Edith Chávez and Ivan Bautista of Burro Press, Oaxaca, and the members of Instituto Gráphico de Chicago.

In conjunction with the exhibition, there will be several free hands-on printmaking workshops hosted by Instituto Gráfico de Chicago, as well as a panel discussion exploring the social, political, and artistic contexts of Oaxaca’s vibrant print scene.

Instituto Gráfico de Chicago (IGC) is a non-profit organization dedicated to maintaining the critical activist tradition of Latino printmaking that unites communities of struggle around the world. IGC offers arts education programs for new generations to engage in printmaking as a social force. This network of printers comes together to advance the legacy and vitality of printmaking by hosting community events and creating opportunities for artists to participate in print exchange projects and promote their work in group exhibitions.

Join us for a musical performance by Mariachi Los Rayos de Leman Middle School followed by a free drop-in printmaking workshop with the collective Instituto Gráfico de Chicago. This event is free and open to all ages.

Join us for a presentation and panel discussion with Iván Arenas, Associate Director for Community Partnerships at the Institute for Research on Race and Public Policy, UIC and Oaxacaño artists Edith Chávez and Ivan Bautista as we discuss the intersections of the personal and the public in the art of social justice.

In 2006, the repression of a teacher’s strike in Oaxaca, Mexico resulted in a grassroots social movement that held the city for six months. While ultimately repressed by federal police forces, the social movement generated an intense dialogue about the problems plaguing people and gave rise to a series of concerted and creative responses. The Assembly of Revolutionary Artists of Oaxaca (ASARO), a political street art group, was born during this social movement. ASARO used their art to both reflect on and incite dialogue and action about social problems and social justice. Placed on street walls throughout the city, their striking stencils, silk-screens, paintings, and woodblock prints were at the center of political protests, touching on issues such as the militarization of the community, the privatization of public goods, gender equality, transgenic corn imports, democratic participation, and Indigenous rights, among others. Their art of protest recalls the unrealized promises of the Mexican revolution and critiques the present as it pushes for alternative futures. ASARO’s collective and prolific artistic output and commitment to change continue to inspire artists, activists, and the general public, and has shaped Oaxaca’s thriving printmaking scene today.

A free family-friendly weekend event for all ages. Come learn what printmaking is all about from some of the best printmakers in Chicago and beyond. Artists and printing presses will be demonstrating, displaying, and selling handcrafted prints.

for more information and a full schedule of events visit their website https://www.institutograficodechicago.org