The A. Duane Litfin School of Mission, Ministry, and Leadership adjunct faculty are experienced scholar-teachers who invest deeply in the academic, spiritual, and vocational growth and mentorship of their students. Rick Blackwood is a teaching pastor at Christ Fellowship. Rick is the author of The Power of Multi-sensory Preaching and Teaching, the visionary behind Leading From the Pulpit, and holds two Master’s degrees and three Doctoral degrees from Grace Theological Seminary, the Southern Baptist Theological Seminary and Trinity International University. Rick is married to Rhonda. They have two daughters, Natalie and Rebekah. 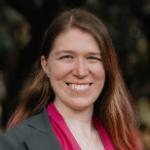 Mollie serves in the fundraising department of Lutheran Community Services Northwest, a health and human services nonprofit with more than 25 offices in the states of Washington, Oregon, and Idaho. She also serves on the board of Providence Heights, a second-phase step for women on the brink of becoming homeless. Outside of these two roles, Mollie is the author of Hopelessly Hopeful During Separation, a 28 day devotional for people separated from their spouse due to marital strife. She has a B.A. degree in Radio-Television Production from the University of Montana (2005), an M.B.A. from Kansas Wesleyan University (2011), and an Ed.D. (doctorate of education) in nonprofit leadership (2017) from Governors State University. Mollie and her husband enjoy kayaking and watching seals catch salmon from their home in the Puget Sound region of Washington State. 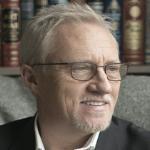 Mike lives in Greenville,  SC, with Sally.  Together, they founded 3DM, a movement/organization which has now spread to 5 continents, training thousands of leaders and churches in how to move to a discipling culture and missional mindset. Today Mike and Sally continue to invest in leaders of movements around the world, Writing and speaking on a variety of subjects. Mike has authored numerous best-selling books, most notably Building a Discipling Culture and Family on Mission. 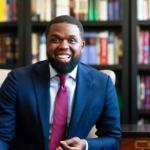 In 2011, at age 30, Dr. Charlie Edward Dates became the youngest Senior Pastor at Chicago's Progressive Baptist Church; a church celebrating a distinctive 100-year history. He earned the Bachelor of Arts Degree in Speech Communication and Rhetoric at the University of Illinois at Urbana-Champaign, and both the Master of Divinity and Ph.D. at Trinity Evangelical Divinity School in Deerfield, Illinois. Dr. Dates' preaching and publications have been featured broadly through the United States. He is widely invited to preach at churches, conferences, and universities. He is a contributing author to the 2014 book Letters To A Birmingham Jail and Say It: Celebrating Expository Preaching in The African American Tradition. His first solo book on the subject of Christianity and Social Justice will release in 2020 on IVP Press. Pastor Charlie is married to Kirstie Dates and is the proud father of their children Charlie Edward Dates II and Claire Elisabeth Dates.

Dave Ferguson is an award-winning author, founding and lead pastor of Chicago’s Community Christian Church, a missional multi-site community considered one of the most influential churches in America. Dave is also the visionary for the international church-planting movement NewThing and president of the Exponential Conference. 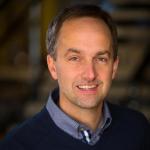 Jon Ferguson is co-founder of Community Christian Church, a church with 14 locations in the Chicagoland area, and NewThing, which is Community’s global church-planting mission. He is the Chicago Network Pastor at Community, overseeing COMMUNITY’S initiatives in the city of Chicago, including three new locations in the last three years.  He also serves as Teaching Pastor and leads the team of staff Champions for adult, student, children, and creative arts ministries across all COMMUNITY locations.  He is an adjunct professor at Wheaton College Graduate School, and he co-authored The Big Idea, Exponential, and Discover Your Mission Now. He lives in Lincoln Park on the north side of Chicago with his wife, Lisa, and their two children, Graham and Chloe. 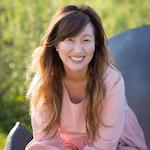 Yulee Lee is the Senior Director of Staff and Partnerships at the Fuller Youth Institute (FYI), where she oversees the leadership development of staff, develops team culture and office systems, helps build strategic partnerships, and facilitates trainings. Yulee, originally from South Korea, grew up in Salt Lake City skiing and snowboarding on the mountains. She holds a B.A. in Political Science from Tufts University, an M.A. in Public Policy from the University of Chicago, and a Ph.D. in Educational Studies with a concentration in Organizational Leadership from Trinity Evangelical Divinity School. She has served the local church for 12+ years in the areas of revitalization and innovation, worked in government on the local and national levels, and directed strategy for service learning in higher education while also teaching on the topics of organizational and change leadership. Ultimately, Yulee is passionate about collaborating for change in systems to reflect greater human dignity and flourishing for the vulnerable. In her free time, Yulee finds her happy place in any medium where she can nurture her creative and artistic sides. 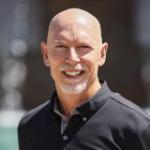 Mark joined the staff at Christ’s Church of the Valley (CCV) in Peoria, Arizona in July 2012 as a teaching pastor. CCV currently has eight locations and 28,000 in weekly attendance. Prior to joining the CCV team, Mark was a Professor at Ozark Christian College in Joplin, Missouri,  (1990-2012). Currently, he is an online professor for  Ozark, an Adjunct Professor at Hope International University in Fullerton, California and Haus Edelweiss, Vienna, Austria. Mark is also the author and co-author of many books mostly on the Life of Christ, book of Acts, and Revelation. 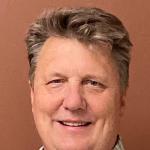 Dave Pederson is a Wheaton Graduate (’83), TEDS Graduate (MDiv, ’87) and he earned his PhD from the Evangelische Theologische Faculteit (’97). He has taught in seven different schools in areas of communication and theology. His current writing interests focus on theology and theories of addiction in the works John Owen. He served as Senior Pastor of English-speaking Congregations in three different countries (Greece, South Korea, and The Philippines). Since his return, he has been involved in education and local church ministry as a Senior Pastor, interim pastor, preacher, and as a layman. He and Debbie have five adult children. 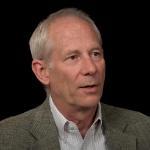 David Sveen is the Chair of Cedarstone Holdings, LLC. He earned his BS in business at Northern Illinois University, and his MBA in finance at DePaul University. He earned his MA in Educational Ministries from Wheaton College Graduate School and his PhD in Theological Education from Trinity Evangelical Divinity School. His professional background includes thirteen years in senior management with the investment banking firm Griffin, Kubik, Stephens, and Thompson, as well as an adjunct assistant professorship at Wheaton College. He serves as a Trustee of the Domanada Foundation and board member of Faith and Learning International, and also serves as a board member for the Heska Corporation and TC Wealth Advisors. 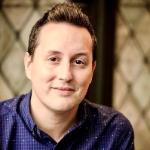 Trevin Wax is senior vice president of theology and communications at LifeWay Christian Resources. He is the general editor of The Gospel Project, and the author of multiple books, including Rethink Your Self, This Is Our Time, Eschatological Discipleship and Gospel Centered Teaching. A former missionary to Romania, Trevin was named by Christianity Today as one of 33 millennials leading the next generation of evangelicalism. He earned his Ph.D. in Theology at Southeastern Baptist Theological Seminary. Trevin lives in Tennessee with his wife, Corina, and their three children.