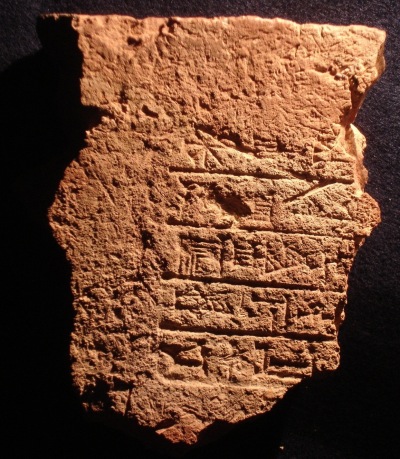 Nebuchadnezzar II reigned from 605 to 562 BC and was a king of the Neo- Babylonian empire, which stretched from modern-day Iraq to the boarder of Egypt. From the biblical text, Nebuchadnezzar is best known for having captured and destroyed the city of Jerusalem in 586 BC. At this time, he exiled many of the inhabitants of the city and installed Gedaliah as the governor over the Babylonian province of Judah (2 Kings 25.23ff).

Nebuchadnezzar was also well-known for his extensive renovations of the city of Babylon, including the city’s famous Hanging Gardens of Babylon and the temple Marduk which was known as Esagila. This mud-brick has a stamped cuneiform inscription on it, which testifies to Nebuchadnezzar’s building activities at Babylon. It reads: