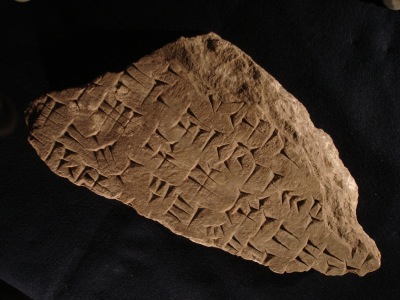 “among the princes of the four corners, he has
no rival, marvelous shepherd, one who is fearless in battle,
mighty flood tide who has no opponent, king who…
…as far as the land of…”