The Role of Faith in the 2016 Presidential Election 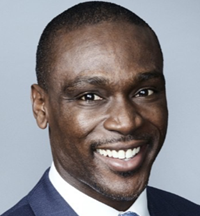 Eugene Scott is a reporter for CNN Politics, covering the 2016 campaign for president, breaking political news and identity politics.  An experienced online, print and television reporter, Scott's work has appeared in USA Today, the Washington Post, Newsweek and NPR. He most recently served as a researcher for TIME magazine. Prior to that, Scott reported for The Arizona Republic for nearly a decade, The Kansas City Star and The Charlotte Observer. He began his career in television, working at BET News and NBC News, both in Washington, DC.   Scott is a multiple award-winning journalist, recognized by the National Association of Black Journalists, the Society of Professional Journalists and Gannett Awards of Excellence, for his work related to politics, education and urban policy issues. In addition, he has held journalism fellowships with Columbia University, Vanderbilt University, and the National Press Foundation. He received his master's in public administration from Harvard University's John F. Kennedy School of Government where he was senior editor of the Harvard Journal on African-American Policy. Scott received his bachelor's in journalism and mass communication from The University of North Carolina at Chapel Hill.