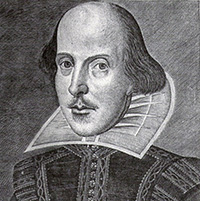 The E. Beatrice Batson Shakespeare Society explores the Christian dimensions of the works of William Shakespeare. For centuries, scholars have examined the biblical influences on his works and studied Christian ideas in his writings. They have explored the Christian implications of his plays and poems, as well as other historical and spiritual topics. The Shakespeare Society connects all of these themes in relation to Shakespeare’s works in order to serve students, professors, and Shakespeare enthusiasts. 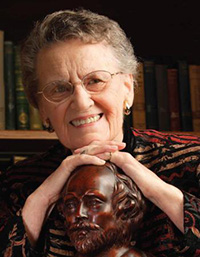 When Dr. E. Beatrice Batson retired, friends gave her a Fourth Folio copy of Shakespeare’s dramas, Henry IV, Part I and II, as a tribute to her life, spirit, and contribution to Wheaton College. It would become the first book in the E. Beatrice Batson Shakespeare Collection at Buswell Library. Over the next two decades, Dr. Batson devoted much time to growing the collection. In addition, Dr. Batson organized the summer Shakespeare Institutes, conferences for Shakespearean educators and scholars.

The Shakespeare Society is administered by Buswell Library while The Shakespeare Council, a small group of faculty, oversees programming and the society’s development. The Shakespeare Advisory Group, consisting of faculty across Wheaton College, meets twice a year to provide input in the campus conversation about Shakespeare and Christianity. 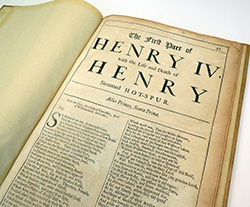 The Shakespeare Society also sponsors a variety of activities, including panels, exhibits, lectures, and performances and readings. Details about the undergraduate writing contest are below.

The Batson Shakespeare Society sponsors a variety of activities on campus, including panels, exhibits, lectures, performances, and readings. Details about upcoming events are below. 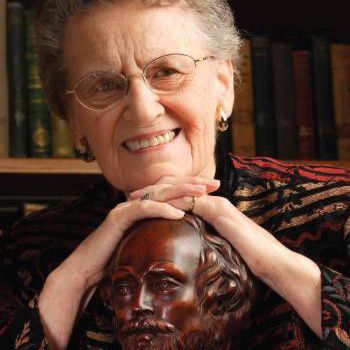 This essay contest recognizes outstanding research papers about Shakespeare and Christianity written by Wheaton College undergraduates. Win prizes! The next contest will take place during the Spring 2022 semester.