Millions of Muslims have migrated into the West over the past 50 years. Their arrival has ignited a series of fierce public debates on religious freedom and refugees, tolerance and free speech, headscarves and airports, gender and race, and so much more. With each passing year the debates only seem to become more heated, complex, and fearful. How are Christians responding to their new Muslim neighbors? How should they respond?  Dr. Matthew Kaemingk is the author of a new book Christian Hospitality and Muslim Immigration in an Age of Fear. He serves as an assistant professor of Christian Ethics at Fuller Theological Seminary.

In this public lecture Dr. Kaemingk will not only examine how Western Christians are currently responding to Muslim immigration, he will develop and discuss his alternative political ethic of Christian hospitality and pluralism In an age of political fear and fragmentation, we invite you to join us for an important discussion of religion, immigration, and political hospitality.

Matthew Kaemingk is assistant professor of Christian ethics at Fuller Seminary and a fellow at The Center for Public Justice in Washington DC.  His research and teaching focus on Islam and political ethics, theology and culture, and Reformed public theology. His book on Christian political ethics entitled Christian Hospitality and Muslim Immigration in an Age of Fear was published by Eerdmans in 2018.

Kaemingk earned his Master of Divinity from Princeton Theological Seminary and holds doctoral degrees in Systematic Theology from the Vrije Universiteit in Amsterdam and in Christian Ethics from Fuller Theological Seminary. In 2011 he was awarded a Fulbright Scholarship to go to Amsterdam to study political theology and the European conflict over Muslim immigration. Read Matthew’s latest piece for Comment Magazine on how the Islamic headscarf is a gift to Western Democracy. You can follow him on twitter @matthewkaemingk. 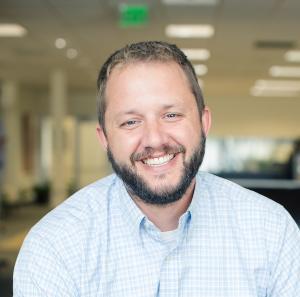