A Benefit Concert for Armerding Center for Music and the Arts

Wheaton College invites you to attend a Michael W. Smith Concert, LIVE in Edman Chapel, to benefit the completion of the Armerding Center for Music and the Arts.

This concert will bring together the very best of Wheaton, as Michael W. Smith and David Hamilton join together with the Wheaton College Symphony Orchestra, Concert Choir, Men's Glee Club, and Women's Chorale. You will not want to miss this concert!

"Debbie and I decided to personally get behind this project at Wheaton. It’s about more than giving to Debbie’s alma mater—it’s about equipping a leading Christian college to train up a new generation of worshippers. All throughout the Scriptures, God’s people are told to make music to the Lord! This will be the first time in its long history that Wheaton will have a gathering place designed specifically with musical performance and enjoyment in mind. We’re excited to help with the completion of the Armerding Center for Music and the Arts, and invite you to join with us—for Christ and His Kingdom!" - Michael W. Smith 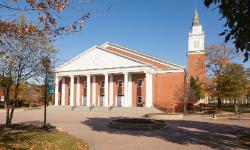 Parking is available to visitors in a number of locations, including:

For more information about campus and parking, view our campus map. 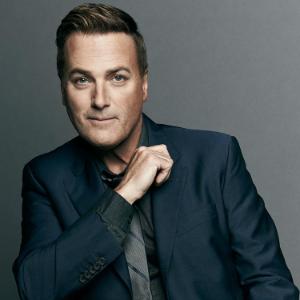 Multi-Platinum artist, best-selling author and acclaimed actor Michael W. Smith continues to live out his dream; he releases new music regularly and performs around the world to sold-out crowds of loyal and inspired fans. During Michael’s storied career, he’s not only been honored with three Grammy Awards, 45 Dove Awards, an American Music Award and has sold more than 15 million albums, he’s also given back to the global community. Michael has raised funds to battle AIDS in Africa alongside longtime friend Bono, started Rocketown, a safe haven for young people in Tennessee to meet and find hope, and has helped more than 70,000 children’s lives through Compassion International.

In many ways, Michael is a statesman, at the fulcrum of Christian music in pivotal moments. And like the ‘heart of a lion’ that is said to never go away, Michael isn’t content staying with the equilibrium. With that drive and a non-stop touring and recording schedule, Michael hit a wall most creative people hit at some point in their careers.  “I talked with my team at the beginning of 2017 and told them I’m not going to do another record unless I can write some stuff that really excites me,” he explains. “I was still grieving over my dad passing in November of 2015 and I thought it might be two or three years before I did any recording at all, if I ever actually did record at all.”

That impasse lasted about two weeks…all it took was the divisive national sentiment of 2017 and the mean-spirited banter on social media to once again ignite the creative fires. In February 2018, this prolific artist comes roaring back with not one, but two full-length albums from Rocketown Records and The Fuel Music: both a USA Today and Yahoo! Music-acclaimed studio album A Million Lights (Feb. 16) and Surrounded (Feb. 23), his first live worship recording since 2014’s Sovereign that became a top 10 Billboard 200, No. 1-selling Christian album. One of the first songs to emerge from the studio was “Conversation,” a track that addresses the paradox of modern technology making it easier to speak at rather than with people.

“In the age of social media, people have forgotten how to talk with one another, to be civil,” affirms Smith. “If you put these same people in a room together, what was once an agenda becomes a conversation.” The studio album also features the title track, first single and video that had USA Today raving, “Michael is shining brighter than ever,” and completing their first-ever “Life” section cover story on Michael. Admittedly a Sci-Fi geek, loving shows like “Star Wars” and “Lost In Space” and enamored by the expanse of the heavens, the “A Million Lights” video sees Smith at work in a sleek, high-tech spaceship. “I’m an astronaut. My whole life, I’ve always wanted to go into space. And now it looks like I’m in Rogue One.”

“In the video, my job as an astronaut is to get up every day and record the stars because they’re all vibrating. In fact, the whole universe is vibrating. Now, I think it’s from the voice of God. But whatever the source, each star is generating audio,” he says, recounting the story of this extraordinary video that is directed by his son Ryan. Remarkably, this ethereal sound of the stars that is literally the music of the stars, captured and translated into sound by scientists, is in the same musical key as “A Million Lights.” There’s nothing like it in the world we know — haunting, endless and pulsating. Other songs on A Million Lights focus on the ever-present need for love — hardly a new topic for Smith, but one he explores here perhaps from more perspectives than ever before. The titles make that clear: “Love Always Wins,” “Hey Love” and “Love Revolution.” Turning the focus on love heavenward, Michael gathered worshippers around him and his band Nov. 2, 2017 for an intimate, set in the round recording of Surrounded at The Factory / Jamison Hall in Franklin, TN. His desire with this project is to unify the Church’s diverse expressions into one passionate, joyful cry of worship.

“I feel God moving through His Church and He is calling us together to be one voice and one heart. One bride. Every nation, every tribe and every tongue. Every social class, every denomination. “What if we bring Him the thing that pleases Him most– our unity,” implores Michael. “We may each have different stories, and skin, and songs, but we all share His same Spirit.” 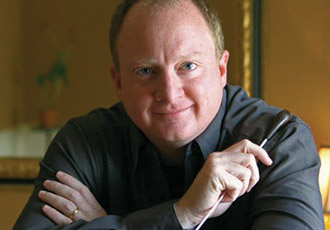 David Hamilton is an accomplished and respected musician, a creative thinker with versatility, technique and artistic passion.  He has earned a reputation as a premiere orchestral arranger and has a growing list of credits producing artist recordings, writing songs, playing keyboards and conducting choirs and orchestras.  His music spans a wide range of musical genres on recordings from  Shania Twain and Ricky Skaggs, to Renee Fleming and Lang Lang,  to the Canadian Tenors, Amy Grant, Michael W. Smith, Israel Houghton, Heather Headley, Sandi Patty, Steve Green, Don Moen and many others.  He has created music for the screen as film composer, arranger and orchestrator and arrangements for the Walt Disney Company, Macy’s, The Boston Pops, The New York Pops and the Nashville Symphony.  He has also written and arranged an extensive body of choral music sung by churches across America as part of their weekly and seasonal expression of worship.   David records in his hometown of Nashville and has recorded with musicians across the world in studios such as the renowned Abbey Road and AIR studios in London,  in Prague,  and on the Capitol, Warner Brothers and Paramount scoring stages in Los Angeles.

Mr. Hamilton is also a gifted conductor.  He travels extensively conducting recording sessions and collaborating with artists as musical director for holiday, pops and choral concerts conducting top US orchestras such as the Dallas, Atlanta, St. Louis, Indianapolis and Virginia symphonies.   He has also conducted at Carnegie Hall and has enjoyed serving as guest conductor for pops concerts with the Nashville Symphony on tour and at the Schermerhorn Symphony Center.

David began playing piano as a small child.  His passion and love for music grew through his teenage years studying piano, writing and playing in church with the help of wise musical mentors along the way.  He completed his undergraduate degree in classical piano performance also studying conducting and composition at the Wheaton College Conservatory of Music.  He also earned a Masters degree in music, studying jazz composition, arranging, orchestration, recording and jazz vocal performance at the University of Miami School of Music; a potent blend of musical worlds and music education combining classical, popular, jazz and sacred music styles.

If you ask David what’s important to him, he’ll tell you, “I want to be an authentic man who loves his family and lives his faith.  I don’t always get it right, but I’m grateful to be reminded time and again that my family and my music are gifts and God’s redemption shines in my deep need for grace. The famous quote by Saint Iraneus describes it well for me,  “The Glory of God is man fully alive”.   I’m grateful to feel more fully alive in the joy of making music not simply for the joy alone, but for the reason why -- which for me, makes all the difference.”

Our Future Vision: Finishing the Armerding Center for Music and the Arts

After several years of dedicated support from the Wheaton family, we are pleased to present the future of the Arts at Wheaton. Below is an artistic rendering of the Armerding Center for Music and the Arts Concert Hall, opening fall 2020.

Phase 1 – The expansion of Edman Chapel to include a band and orchestra rehearsal room, as well as practice rooms and teaching studios for percussion, harp, and string bass. This phase was funded, constructed, and completed in April 2009.

Phase 2A – Complete demolition of all that was inside the former science center, leaving the structural steel, floor/ceiling slabs, and the exterior box. A brand new building was constructed inside the Armerding shell. This new building includes practice rooms, recording studios, classrooms, teaching studios, a 108-seat recital hall, and much more. All that was formerly in McAlister Hall moved in October 2017 to this new building.

Phase 2B – The design of the second phase of the Armerding Center is complete and contains a choral rehearsal hall, grand lobby, and a 648-seat concert hall. A contract has been signed with the Mortenson Construction firm, $49.7M has been raised, and a completion date – August 2020 – has been established.  The remaining need to complete the entire project is $4.3M. 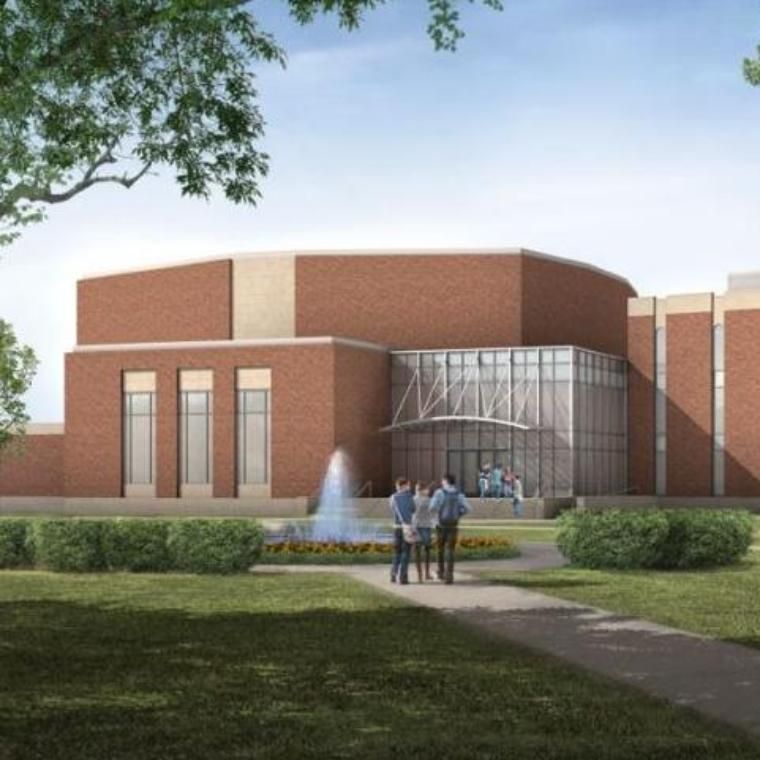 Give to the Armerding Center

Can't attend the concert but still want to support the completion of the Armerding Center for Music and the Arts? Your gift can help us reach our goal!