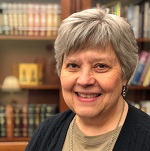 Wade Center Associate Director Marjorie Lamp Mead recently authored a reflection in collaboration with the Blanchard Society of Wheaton College as an encouragement during the challenging time of COVID-19. Using insights from the writings of C.S. Lewis during World War II, Mead acknowledges the fear and anxiety many are currently experiencing, while also offering reasons for embracing hope during this time. The piece addresses the question: “How do we find firm footing, if we can no longer count on the world around us to be a place of relative safety?” A poem by Dr. Malcolm Guite is also included.

The full-text work is available both as a video and a blog post via the links below:

Books from the Library of C.S. Lewis to receive Conservation Treatment

The Marion E. Wade Center is engaging in a year-long process of having almost 400 books from the personal library of C.S. Lewis receive conservation treatment at The Conservation Center in Chicago. In spring 2018, the Wade Center had a professional conservator assess selected books in poor condition from Lewis’s library. The resulting, detailed report identified 389 books that would benefit from conservation treatment in order to stabilize their physical condition, enabling safe handling by patrons on-site at the Wade for years to come.

The Wade Center owns over 2,400 volumes from C.S. Lewis’s personal library, comprising one of its most heavily accessed collections. Regular handling, and the original poor condition of some books upon arrival at the Wade, makes them especially vulnerable to deterioration. The volumes, never before evaluated by a conservator and in varying physical condition, contain Lewis’s annotations of unique, unpublished content. As a result, they are a significant and valued resource for gaining insight into Lewis and his thoughts.

Thanks to the generosity of Wade friends Larry and Anita Maxwell, the conservation treatment for these books has been fully funded. The books were delivered to The Conservation Center in May, and treatment will be ongoing throughout the next year. Books will become available incrementally as they are treated and retrieved. For additional information on which books are currently off-site undergoing treatment, see the Lewis Library listing on our Author Libraries page.

Fall Performance Discount for "An Evening with C.S. Lewis"

The year is 1963 and C.S. Lewis, the famous British author, is hosting a group of American writers at his home near Oxford. They are about to experience a captivating evening with a man whose engaging conversation and spontaneous humor made him one of the great raconteurs of his day.

Seated in his living room and in front of a warm fire he recalls the people and events that inspired his thought and shaped his life; of his friendship with J.R.R. Tolkien; why he nearly abandoned the Narnia Chronicles; how he came to embrace Christianity and of the American woman who turned his life upside down.

Described by critics as ‘Extraordinary!’ ‘A Must See!’ ‘A Master Class!’ An Evening with C.S. Lewis has proved again and again to be an enthralling theatrical experience and one which has led many thousands to discover (or rediscover) the continuing impact of a man who died over 50 years ago and whose collected works made him one of the literary giants of the 20th Century.

Chicago performances October 22 - November 3. Use offer code LION before selecting your seats for $35 tickets (50% off) to any performance. Offer valid online through November 3, 7:30 p.m. Not valid with any other offer or previously purchased tickets. Standard ticketing fees apply. No exchanges or refunds. Other restrictions may apply. Subject to availability.

Announcing the Muriel Fuller Endowment for the Imagination and the Arts 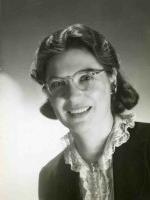 The Marion E. Wade Center is delighted to announce the establishment of the Muriel Fuller Endowment for the Imagination and the Arts, funded by the generosity of The Esmond Nissim Foundation, Inc.

Through her friendship with Wade Center founder Clyde S. Kilby, Muriel Fuller, Wheaton College Class of 1923, was an early contributor to the fledging “Lewis Collection” at Wheaton College. The Muriel Fuller Endowment for the Imagination and the Arts continues her legacy of support for the Marion E. Wade Center and the work of the seven Wade authors. These authors were creative and imaginative artists in a variety of media, including the literary arts such as stories and poetry as well as drama. A number of these writers were gifted in the fine arts, and music was also a significant and valued part of their lives. The creativity of the Wade’s seven authors has in turn inspired a number of other artists throughout the years.

The Muriel Fuller Endowment for the Imagination and the Arts enables the Wade Center to feature the creative accomplishments of the seven authors while also highlighting the work of other artists—who were inspired by the seven—by offering talks, performances, and exhibitions, and by periodically commissioning new works. Aesthetic theory, the theological imagination, and related topics will also be explored through talks and seminars.

Learn more about the 2018 inaugural events. 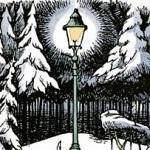 The University of Leeds, in collaboration with SUNY Cortland and funded by the John Templeton Foundation, has developed a curriculum utilizing C.S. Lewis’s Chronicles of Narnia and looking at whether study of the books can help improve students’ character. The curriculum is aimed at 9-13 year olds, and there are 6-12 weeks’ worth of activities for each novel, based on two to four hours per week. Participating schools will receive free PDF documents containing the curriculum materials, as well as updates and ideas via email and social media. More details in the links below. 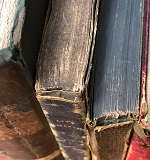 The Marion E. Wade Center was recently awarded a Preservation Assistance Grant from the National Endowment for the Humanities to assess conservation needs on a selection of books from the personal library of C.S. Lewis. It is the first NEH grant received by Wheaton College. The conservation assessment will be conducted in spring 2018 by a professional book conservator from Chicago’s Conservation Center, who will spend a week examining 420 volumes from Lewis’s library judged most in need of treatment, and will then prepare a detailed assessment for each volume along with cost estimates to complete the conservation work.

The Wade Center owns over 2,400 volumes from C.S. Lewis’s personal library, the majority of which were purchased in 1986 from a library in England which had obtained them following Lewis’s death. These library books form one of the Wade Center's most heavily accessed collections, making them especially vulnerable to deterioration due to regular handling. The volumes, never before evaluated by a conservator and in varying physical condition, contain Lewis’s annotations of unique, unpublished content. As a result, they are a significant and valued resource for gaining insight into Lewis and his thoughts.

Following the assessment, the Wade Center will create a long-term fundraising plan for conservation treatment of the books based on the assessment recommendations. Since part of the Wade Center’s mission is to make its collections accessible and available for present and future generations of researchers and visitors, this grant is integral to its ongoing preservation efforts and related fundraising initiatives.

Study Guide: Learning from the Spiritual Pilgrimage of C.S. Lewis 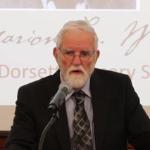 In this six-part video series, Lyle Dorsett shares what he learned about Lewis’s spiritual formation, including what factors were involved in shaping him into a mature and influential Christian. The video series was recorded at the 2016 C.S. Lewis Institute Summer Conference held at the Marion E. Wade Center.

This Study Guide is designed to facilitate and enhance use of the videos by small groups. It may also be used by individuals for personal study and reflection.