At the Limits of Disagreement

Americans are increasingly divided. Worse, our divisions are preventing us from finding common ground from which to understand and shape our society.

John Corvino and Matthew Lee Anderson disagree profoundly about many of our age’s pressing questions, yet they also recognize the need for a deeper, more productive dialogue—as well as the importance of building relationships across moral, political, and religious divides.

In this evening discussion, Anderson and Corvino will discuss and model the benefit of honest, candid disagreement; they will also tease out the limits of such disagreement. They do so by discussing their own views about religion, marriage, and other “culture war” issues, as well as reflecting on the friendship they’ve built even while passionately disagreeing both privately and publicly about fundamental matters. The program includes a substantial Q&A component.

Matthew Lee Anderson, M.Phil., is a doctoral candidate in Christian Ethics at Oxford University. He is the author of Earthen Vessels: Why Our Bodies Matter to Our Faith (2010) and The End of Our Exploring: A Book about Questions and the Confidence of Faith(2013). He is the founder of Mere Orthodoxy, a website devoted to reasonable discourse about matters of faith, culture and politics and was named by Christianity Today in 2014 as one of evangelicalism’s leading young thinkers.

John Corvino, Ph.D. is Professor and Chair of the Philosophy Department at Wayne State University in Detroit, Michigan. Corvino is the author of several books, including Debating Same-Sex Marriage (with Maggie Gallagher; 2012), What’s Wrong with Homosexuality? (2013), and, most recently, Debating Religious Liberty and Discrimination (with Ryan T. Anderson and Sherif Girgis; 2017), all from Oxford University Press. He has spoken at over 250 campuses about sexuality, ethics, and marriage, and his Youtube videos have received over two million views. 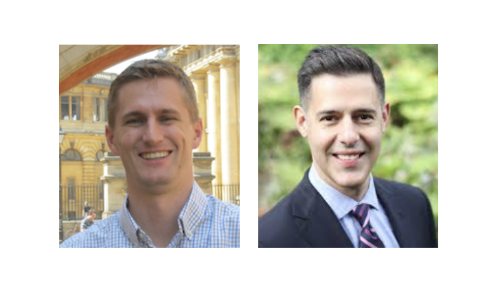