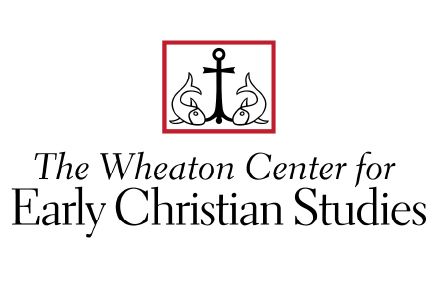 Learn more about this 15th century icon that inspires the work of The Wheaton Center for Early Christian Studies.

The "Christ the Vine” icon represents the spirit of what we do here at The Wheaton Center for Early Christian Studies in two ways. First, Christ is at the center surrounded by his Apostles upon whom the Church throughout history is built. Secondly, as the icon itself was an attempt at visual ecumenism, so the work we do seeks to foster cooperation and fellowship with the broader Christian tradition.

This icon depicts Christ the vine. Christ is portrayed entirely, with the text of John 15 opened in front of him: "I am the vine, you are the branches and my Father is the vine-dresser." Surrounding Christ are the Apostles—each connected to Christ as a branch to a vine. Immediately to the left and right of Christ are Peter and Paul, respectively.

After the division of the church in 1054, and the significant destruction of unity that took place in 1204 during the Fourth Crusades' Siege of Constantinople, Angelos' icon attempts to extend the hand of fellowship to the Western church for the sake of unity in the body of Christ.

Many thanks to Lund Humphries, publisher of The Hand of Angelos: an Icon Painter in Venetian Crete, edited by Maria Vassilaki, for the information. Copyright The Benaki Museum 2010.