2018 Symposium in Science and Human Needs and Global Resources

The Symposium in Science and Human Needs and Global Resources was held on March 13-17, 2018.  This collaborative event, titled “For the Healing of the Nations: Global Health and the Environment” convened scientists, medical practitioners and environmental justice advocates whose research and work seeks to understand and transform the environmental conditions that impact human health and well-being.

The 2018 Wheaton College Symposium in Human Needs and Global Resources (HNGR), entitled For the Healing of the Nations: Global Health and the Environment, was a unique, collaborative endeavor that was co-hosted by the HNGR Program and the Biology Department.  This joint Symposium convened leading researchers and health practitioners to consider the resolve, vision, leadership, and expertise of diverse individuals and organizations working to improve human health and to combat environmental injustice in communities around the world.  Symposium participants included scientists, medical practitioners, and human rights and environmental justice advocates whose professional work focuses on comprehending and confronting the environmental conditions that impact peoples’ health vulnerability, resilience, and their access to effective health systems. The event included presentations that gave special attention to the themes of health and climate change, nutritional ecology, environmental injustice, and rural poverty and profiled the work of organizations that partner with communities located in west Africa, Central America and the southern United States.  Symposium presenters highlighted the efforts of grassroots community development, health organizations, and advocacy campaigns that confront the local and global environmental factors that impact the physical, mental, and social well-being of people in these communities.

The HNGR program and the Biology Department hosted three remarkable leaders from Latin America and the United States, who inspired the Wheaton community with several informative lectures and practice-oriented workshops.  Joining us for the Symposium was Ms. Catherine Coleman Flowers, who serves as the founder of Alabama Center for Rural Enterprise (ACRE) and the Rural Development Manager for the Equal Justice Initiative, and who currently directs the Environmental Justice and Civic Engagement Division at Union Theological Seminary’s Center for Earth Ethics.  Our guests from Latin America included Drs. Francisco Moraga and Reyna Sanchez, who work as family care physicians and are the co-directors of Luke Society Nicaragua, a faith-based organization that provides community health education and organizes public health initiatives in numerous marginalized communities across Nicaragua.  Finally, Wheaton College and HNGR alumna Dr. Rebecca Heidkamp, who is faculty member at the Johns Hopkins University Bloomberg School of Public Health, joined us to share about her work on developing evidence-driven public health nutrition policies and programs in low- and middle-income countries.

The Symposium began with a public lecture delivered by Drs. Vanya Koo and Kristen Page (Biology Department faculty) on Tuesday, March 13, that explained the relationship between public health and environmental change and featured presentations on original field research conducted by three Wheaton College undergraduate students, including two HNGR interns (Sean Lyon and Laura Pax).  The first full day of activities on Wednesday, March 14, included a Chapel address by Dr. Rebecca Heidkamp and a variety of panel and breakout sessions in the afternoon during which our three Symposium guests shared about their professional work as medical doctors, public health researchers, and community organizers with a diverse audience of Wheaton College students. Approximately one hundred Wheaton College faculty, staff, and students attended discussion-based, breakout sessions hosted by Drs. Moraga and Sanchez, Dr. Heidkamp, and Ms. Coleman Flowers.  That same evening Ms. Coleman Flowers delivered the Science Symposium plenary address during which she described the work she directs with the Alabama Center for Rural Enterprise, which focuses on advocating for access to clean water and proper sanitation on behalf of marginalized households in Lowndes County, Alabama.

The HNGR Symposium continued with a timely and informative plenary address by Drs. Reyna Sanchez and Francisco Moraga, Health, Environment, and Climate Change in Latin America, on Thursday evening, March 14.  The joint address included an opening lecture by Dr. Sanchez that detailed the particular ecological and health vulnerabilities of different rural communities in Nicaragua and elsewhere in Central America.  Her address offered concrete examples of how climate change in the region has exacerbated problems of clean water access and susceptibility to certain vector-borne diseases in the communities where San Lucas Nicaragua carries out various public health and community development initiatives.  The presentation also identified the strategies that public health professionals are adopting to strengthen community resilience in the face of adverse climate change. Dr. Moraga closed the plenary address with a set of moving reflections on the calling that we have as followers of Jesus to care for Creation and to work for the flourishing and well-being of neighbors living nearby and far away who are vulnerable to climate change.  Following the plenary address we hosted approximately one hundred guests in the lobby of the Meyer Science Hall for the HNGR Interns Poster Session – the poster session continued late into the night with nearly seventy-five guests sticking around to learn from and query students about the independent study projects they carried out during the course of their HNGR internships.

A notable activity during this year’s Symposium was a community art project facilitated by Associate Lecturer of Art, Leah Samuelson, and a group of undergraduate students from the Art Department.  The project was held during the course of the entire Symposium event and invited all guests and participants to contribute to the creation of a mosaic of the HNGR logo (the mosaic was installed in the HNGR office in May 2018). In all, approximately one hundred individuals contributed to the creation of the mosaic.

On Friday, March 16, the HNGR interns led the entire community in a worship service as part of the weekly Chapel service.  That afternoon the program hosted a closing workshop with staff from a local organization, Faith in Place. Approximately twenty-five Wheaton College students attended the workshop to learn about the practical steps they could take to mobilize the Wheaton College community in Creation Care and environmental stewardship work.  To end this year’s Symposium, we hosted approximately seventy-five guests, including Wheaton faculty, staff, students and HNGR alum for a Saturday morning brunch and a closing address by various HNGR staff, including Drs. Laura Yoder, Jamie Huff, and Mandy Kellums. 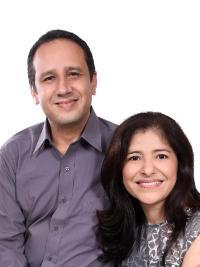 Drs. Francisco Moraga and Reyna Sanchez are the co-founders and co-directors of Fundación San Lucas Nicaragua, a faith-based non-government organization founded in 2001 that provides community health education and organizes public health initiatives in numerous marginalized communities across Nicaragua. Dr. Sanchez and Dr. Moraga are both family care physicians with over fifty years of experience between them in diverse areas of healthcare practice including public health, infectious disease treatment, pediatric care, and reproductive health. During the course of her medical practice, Dr. Reyna Sanchez has advised the Nicaraguan Ministry of Health on the installation of maternal health clinics and she has authored or co-authored numerous public health publications, including a community health manual for World Vision Nicaragua, a maternal health and obstetrics guideline for Acción Médica Cristiana, and various manuals for community-based forms of malaria prevention.

In addition to his work as a pediatrician, Dr. Francisco Moraga has directed and participated in numerous clinical care and public health initiatives across Nicaragua for the past 29 years. This work has included providing medical treatment for people injured by landmines, directing maternal and infant care programs, organizing public health programs for the prevention of tuberculosis and malaria, and implementing post-disaster initiatives following Hurricanes Mitch and Felix. Under the joint leadership of Drs. Sanchez and Moraga, Fundación San Lucas Nicaragua has served as an organizational member of the Regional League of Civil Society for Mesoamerica, which focuses on building community capacity for malaria prevention. And for the past nine years Fundación San Lucas has worked with the Ministry of Health on the prevention and control of malaria in the Autonomous Regions (among indigenous groups) along the Caribbean coast of Nicaragua. 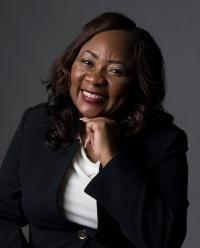 Catherine Coleman Flowers is an emerging voice for environmental justice in the United States.  In 2002, she founded the Alabama Center for Rural Enterprise (ACRE), a non-profit organization dedicated to targeting issues related to poverty. She is the Rural Development Manager for the Equal Justice Initiative, an advocate for access to clean water and proper sanitation in the impoverished Lowndes County, Alabama, as well as other poor counties throughout the United States. Through ACRE, she collaborates with Duke University’s Nicholas School of the Environment and the National School of Tropical Medicine at Baylor College of Medicine. Ms. Flowers directs the Environmental Justice and Civic Engagement Division at Union Theological Seminary’s Center for Earth Ethics. In December of 2015, Ms. Flowers represented the Center for Earth Ethics in Paris, France, as an official observer at the United Nations Climate Change Conference (COP 21), and in 2016 she was chosen to attend the White House Water Summit. Flowers holds a Master’s degree in History and is a 2017 Practitioner in Residence at Duke University’s Franklin Center for the Humanities. She was recently named to the board of the Climate Reality Project and honored as a member of the 2017 Grist 50 after being nominated by former vice president Al Gore. 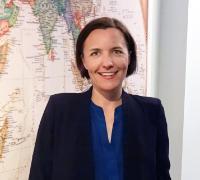 Rebecca A. Heidkamp, Ph.D., is a faculty member in the Center for Human Nutrition and the Institute for International Programs in the Department of International Health at the Johns Hopkins University Bloomberg School of Public Health.  Rebecca leads several applied research projects focused on supporting governments in low and middle income countries to develop evidence-driven public health nutrition policies and programs. Rebecca is a member of two global advisory groups including the WHO-UNICEF Technical Experts Group on Nutrition Monitoring.  Prior to joining JHU, Rebecca spent 10 years working in the NGO sector in Latin America, Africa and the Caribbean. She started her career with World Relief working with church-based HIV prevention and care programs in Africa. Then she spent 6 years at GHESKIO, a national HIV and TB research clinic in Port-au-Prince, Haiti where she helped to launch a maternal child nutrition unit. Rebecca earned a PhD in Nutritional Sciences from Cornell University in 2011 and is a Wheaton Biology (2000) and HNGR (1999) alumni.