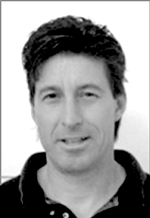 Together with his wife Deanna, and daughters, Savannah and Alexandra, John lives in Shadwell in the heart of London’s East End. At the outset of the Industrial Revolution, London’s East End became known as the world’s first notorious “inner city,” and Shadwell continues to be one of the poorest communities in the UK with child poverty measuring at over 60%.

John and Deanna serve as General Directors of InnerCHANGE, a Christian mission order working for Kingdom transformation in places of great poverty. Members of InnerCHANGE live incarnationally in slums, barrios, and inner cities on five continents around the world.

John and his family are members of St. Paul’s Shadwell. John founded InnerCHANGE in April 1985 when he moved to Minnie Street, the poorest, most overcrowded street in Orange County, California at the time.

He was determined to launch a holistic ministry that worked relationally to bring good news and renewal from inside-out. John has been a businessman on Wall Street and in Tokyo, and has worked on and off as an artist.

He graduated from Princeton University and received his Masters in International Relations from Yale. John is the author of Sub-Merge; Living Deep in a Shallow World as well as a contributor to Living Mission. He is also the artist who produced “Safe Mission,” a large pencil drawing that has been used as a banner for the Urbana Missions Conference.

This year's symposium schedule includes a wide variety of events including the plenary sessions, lectures, a poster session and many other activities.