Small Plots, Big Change: The Role and Potential of Small Scale Farming to Feed the Hungry 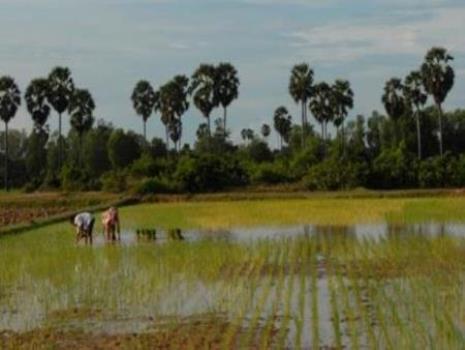 The eighth annual Wheaton College Symposium in Human Needs and Global Resources was held on February 28-March 1.  The 2013 Symposium, Small Plots, Big Change: The Role and Potential of Small Scale Farming to Feed the Hungry, focused on the challenges that are inherent to small scale agriculture, the potential that farmers with only an acre or two of land have for responding to a growing population, and the importance of not overlooking these vital contributors to the fight against world hunger.  Through the keynote addresses and other events, the Symposium explored avenues of engaging and strengthening the work done by small scale farmers.

Smallholder farmers – farmers who plant on only five acres of land or less – are among the most vulnerable populations in the world and yet, they are a key to responding to an ever-increasing demand for greater food production.  Their success is dependent upon self-sufficiency in their approaches to agriculture and animal husbandry.  Increasingly these farmers are not only challenged with self-sufficiency in crop production, but they are also enmeshed in and at the mercy of a sea of cultural, economic, political and scientific influences that can vary in magnitude from matching plant seed and agricultural practice with soil types to the vast array of conflicts in property rights.  Their success is essential to addressing hunger and it is imperative that development efforts work with these farmers in order to move forward.

The keynote speakers for the 2013 Symposium were Roger Thurow and Dr. Gebisa Ejeta.  Thurow is the author of The Last Hunger Season: A Year in an African Farm Community on the Brink of Change and Enough: Why the World’s Poorest Starve in an Age of Plenty, and recipient of the 2009 Action Against Hunger Humanitarian Award.  Dr. Ejeta is the son of small scale farmers and a Distinguished Professor of Plant Breeding & Genetics and International Agriculture at Purdue University. Dr. Ejeta is the recipient of the 2009 World Food Prize for his work with sorghum hybrids that are resistant to drought and his break-through genetic research on controlling Africa’s endemic Striga weed.

The farming process of poor farmers half a world away may not seem to have significant ramifications for many living in the United States, but in reality their situation is intricately intertwined with our lives.  Understanding the causes and effects of challenges faced by smallholder farmers not only informs our response to drought and famine, but equally affects the lives of up to a billion hungry people all over the world.  Even beyond ending hunger, increasing food security for developing countries has implications for developing countries all over the world as volatile food prices affect stability in all sectors of life.  Increasing the success of smallholder farmers not only improves the lives of the millions of farmers themselves, but could also feed millions of hungry others.

View the Schedule of Events from the 2013 HNGR Symposium!