"When Did I See You Hungry? Advocacy, Hunger, and Faithful Citizenship" 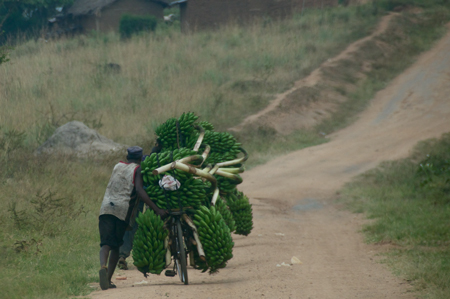 For our 2012 HNGR Symposium, we explored the role of civil society--particularly the role of citizens to influence government--given the fact that escalating food prices, increasing vulnerability, and deepening hunger worldwide have been precipitators in such change as the "Arab Spring." Through the plenary and other events, the Symposium explored the importance of domestic and international civil engagement.

Our HNGR Symposium special guest was Rev. David Beckmann, 2010 World Food Prize laureate and President of Bread for the World (full bio). Before his time with Bread for the World, David Beckmann was a Lutheran pastor and a rising World Bank economist who championed programs for the poor. His personal care for people, combined with a concern for the poor worldwide, attracted him to the advocacy role.  In his ten years at Bread for the World, Beckmann has shown incredible leadership in the organization. Beyond that, he has encouraged changes on Capitol Hill—most recently during crucial budget debates—that have brought food to many hungry people around the world.

In his recent book, Exodus from Hunger, David says, “We are at a pivotal point in the history of poverty. Economic turmoil has driven many more people into hunger and poverty. But the clear need for national change, an increasingly significant movement against hunger and poverty, voter attitudes, and the commitments of our current president give us a political opening. We may be able to achieve policy changes that will help people in need and set a path toward ending hunger and poverty. At a minimum, faith-grounded activists can make the future better for hungry people than it would be otherwise.”

In addition to Rev. Beckmann, the Symposium gathered development practitioners, academics, HNGR Alumni, and HNGR Interns together for thoughtful conversations on the topic of "When Did I See You Hungry? Advocacy, Hunger, and Faithful Citizenship."