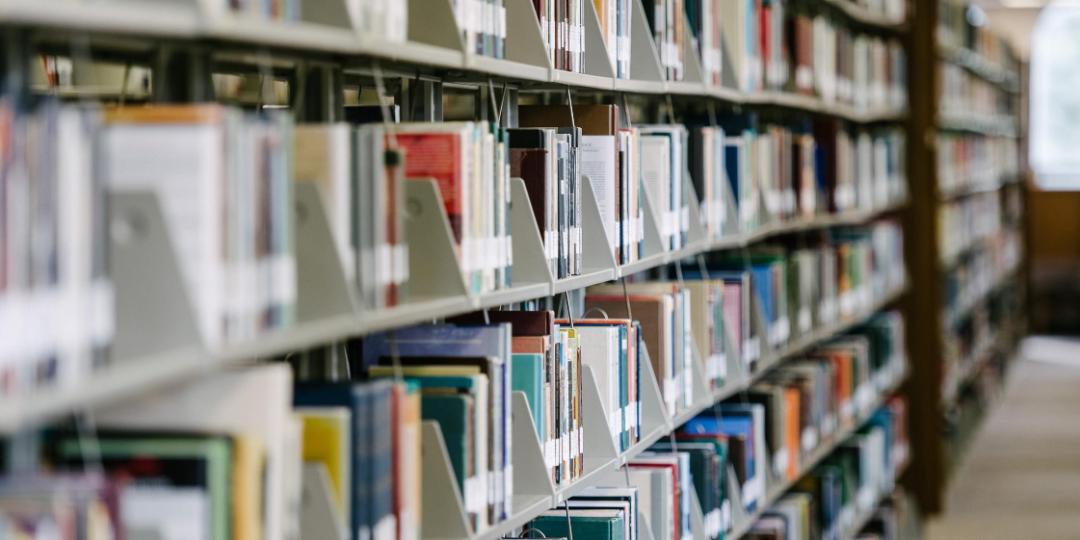 On the fifth floor of the Billy Graham Hall (BGH) reside several cozy offices, home to Ph.D. professors. In one, a professor thoughtfully squints at a stack of papers, underlining this, scratching out that. In another, a professor scans his floor-to-ceiling bookcases. Volumes threaten to spill off the bulging shelves, some already on the floor in precariously piled stacks.

On the second floor of the Buswell Memorial Library is a row of carrels. Tucked inside are doctoral students, their eyes shifting from yellowed book pages to laptop screens and back again, fingers frenetically clacking away on the keyboard.

Somewhere between the BGH and the library, a professor and a student cross paths. They exchange a hearty "hello" that turns into a detour for a cup of coffee together. Conversation jumps from the weather to their families to the student’s dissertation to the latest news headline.

These are some scenes that compose the Biblical and Theological Studies (BTS) Ph.D. program at Wheaton College. For the past twenty years, professors and students alike have been advancing an integrative approach to scholarship, combining biblical studies with theological studies.

“From the beginning we wanted to build an integrating program,” Dr. Douglas Moo, Kenneth T. Wessner Professor of New Testament said. Moo joined the faculty in 2000 to build and direct the newly ideated program. “One of the values we had when we went into this was to produce students who wouldn’t just be narrowly prepared in one small area of study, but who would have a general idea of how biblical studies and theology relate to each other.” That intersection of biblical studies and theology is the hallmark of Wheaton’s BTS doctoral program.

Integrating the two disciplines is a difficult task and avoided by most other programs, according to Dr. Daniel Treier, professor of theology and past director of the BTS doctoral program. In an article for Christianity Today, Treier recalls something his seminary dean once said: “‘Biblical scholars are like ants, carefully storing up tiny morsels for winter. Theologians are like spiders, weaving grand webs out of nothing but the stuff of their own being.’” Bringing the two together is the work of Wheaton’s BTS Ph.D.

“We don’t have a method of integration that we’re trying to train students in. It’s more of an ethos on the importance of the integrative task,” Dr. Marc Cortez, the current program director explained. “We want to train the kind of students who find that work exciting and want to position themselves for a lifetime of integrative work.”

Beyond its defining emphasis on integration, the BTS doctoral program is unique in several regards. Traditionally, Ph.D. programs take a hefty eight years to complete. The average Wheaton doctoral student completes the BTS Ph.D. in only three-to-five years. All students’ tuition is fully funded for the entirety of their tenure, and each receives a stipend and the opportunity to participate in a research fellowship.

Because the tuition is covered in full, Wheaton can support six new students each year, making it a competitive program. However, the entry requirements are steep. Incoming students are expected to have a fertile foundation from which they can begin their dissertation in the first year. To be well prepared, they must have significant background knowledge of Greek and Hebrew, Old Testament and New Testament studies, systematic theology, and historical theology.

“Most of our students have a pretty broad background in both theological studies and biblical studies,” Cortez said. He also noted, “We tend to attract students that are pretty passionate about the relationship between academic work and the life of the church.”

The dual investment in the academy and the church leads to frequent connection between the heady classroom material and its practical application for churches. Cortez recalled some of these conversations and laughed, saying that the discussions are fun and not as “academically theoretical” as people might expect from wizened doctoral students and their professors. Through these practical thought exercises, students become equipped for applying what they’ve learned to their future places of work.

This was a primary reason Carmen Joy Imes Ph.D. ’16 studied under Dr. Daniel Block, Gunther H. Knoedler Professor Emeritus of Old Testament. “One of the things I loved most about Dr. Block was that he had a commitment to doing good scholarly work but also to serving the church … He exemplified all the traits that I wanted to have.” 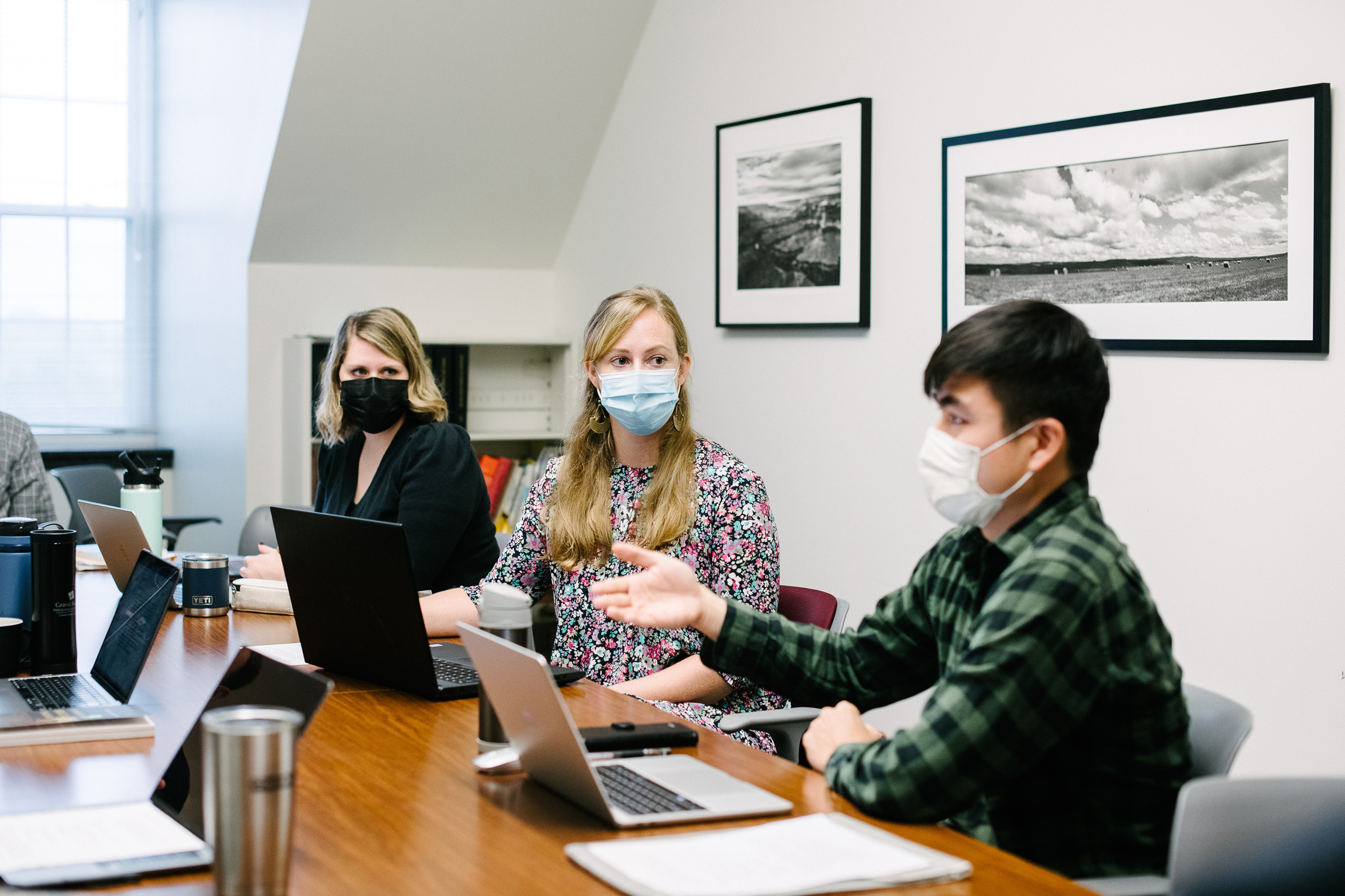 Professors in the BTS program have a distinct commitment to their students; mentorship between the student and professor is one of the pillars of the program. The seven faculty advisors only take on one or two new students each year, keeping their pool of advisees small so they can dedicate significant energy to each individual. That coffee scenario mentioned at the beginning wasn’t just hypothetical; it is common for professors to invite students’ families into their homes for dinner.

“The close and careful mentoring that goes on is remarkable and unique,” Dr. David Lauber, the dean of the BTS department remarked. This is no overstatement: Every person who was consulted for this story emphasized the sincere and significant relationships formed between students and professors.

“I think about the time I spent with [Daniel] Treier and Marc [Cortez] and I wouldn’t trade that for a Ph.D. from Cambridge,” Daniel Hill Ph.D. ’18 said of his second reader and advisor, respectively.

Imes remembers going out to lunch with Block and the rest of his advisees once a month, an outing fondly referred to as “Blockhead Lunch.” The tradition has continued with a yearly “Blockhead Lunch” gathering during the Evangelical Theological Society’s annual meeting.

“I love that it is collaborative and not competitive,” Imes said. “It was quite a collegial community, instead of being cutthroat.” Imes now serves as an Associate Professor in the Talbot School of Theology at Biola University.

The collegial community is obvious even to onlookers. During my interview with current doctoral student Megan Stidham, a member of her cohort walked by our table on his way to study. Both took a minute to stop what they were doing and exchange greetings.

Imes remembers similarly running into her fellow students in the library while studying in their carrels, stopping to encourage each other and sometimes commiserate. Hill has fond memories of time spent in the library, too, crediting hours of communal study time to the formation of some of his closest friendships. “With a group of BITH students, we would sit at a table to do work. The table would be completely covered in books and we were ridiculously loud.” Those noisy study group times may have been the reason Buswell Library implemented designated quiet zones, so Hill claims.

Treier echoed Imes and Hill’s sentiments: “The core thing that I think we offer, speaking in terms of formation, is greater depth as students of God’s Word… and doing that in a context where both faculty members and peers are going to play a supportive but also critical role. They’re not just going to be gaining this greater depth on their own, but in community.”

Hill is now a professor of theological studies at Dallas Theological Seminary. Entering into professorship is a traditional route many students take after receiving their doctorate. However, at the beginning of his three-year Ph.D. process, the path Hill planned to take wasn’t quite as clear. Initially, he imagined moving abroad to work at an international Bible school or seminary. Then during his third year as a doctoral student at Wheaton, he co-founded The Field School, an urban Christian classical school in west Chicago. After serving as an administrator there, he decided to go back to the classroom, accepting his current position at DTS.

Hill credits the development of his style as a teacher and professor to his time at Wheaton. “I think that anyone can learn and anyone can read old books and hard texts,” he said. “When I work with elementary kids, I want them to love Shakespeare like James Baldwin did. I want them to speak like Henry Highland Garnet did. I want them to read the old books so that they know how to critique them and know how to bring them to bear on current issues. I don’t think I would have thought like that before Wheaton.”

Other alumni have gone on to teach at higher education institutions and Christian schools, work in publishing houses, plant and pastor churches, and author books and articles.

Many students go on to participate in international work. “The doctoral program was set up with part of its defining vision to resource the global church,” Cortez said. Part of fulfilling that vision is both mobilizing students who hope to land internationally and also drawing in students from outside the States.

Moving forward, the BTS leaders voiced a continuing desire to bring in a diverse pool of students with a wide range of backgrounds and trajectories. This year, Dr. Amy Peeler and Dr. Esau McCaulley were added to the BTS doctoral program faculty as part of that commitment to internally representing and externally attracting a diverse group of scholars.

In line with their forebears, Peeler and McCaulley have jumped into their new roles as academic and personal mentors. “My experience with Dr. Peeler as an advisor has been above and beyond,” Stidham said. “She addresses my spiritual life and asks about my family. She prays for me. It makes our conversation about academic work more fruitful because there is that sense of trust. She understands that I’m more than the dissertation I’m writing.”

Whether in the library, in the classroom, at home, or in the BGH offices, the BTS doctoral program is doing integrative work—relationally and academically.