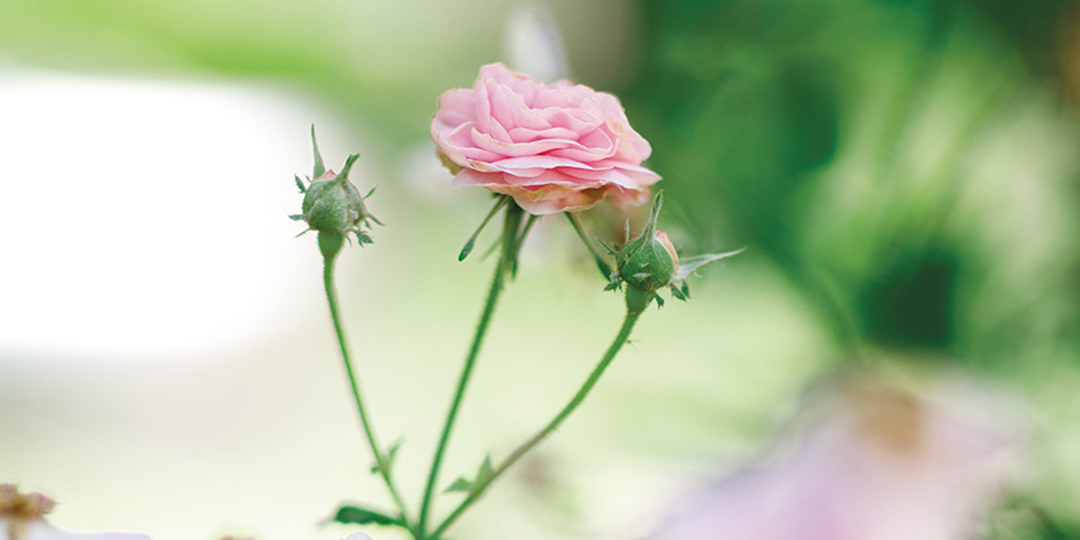 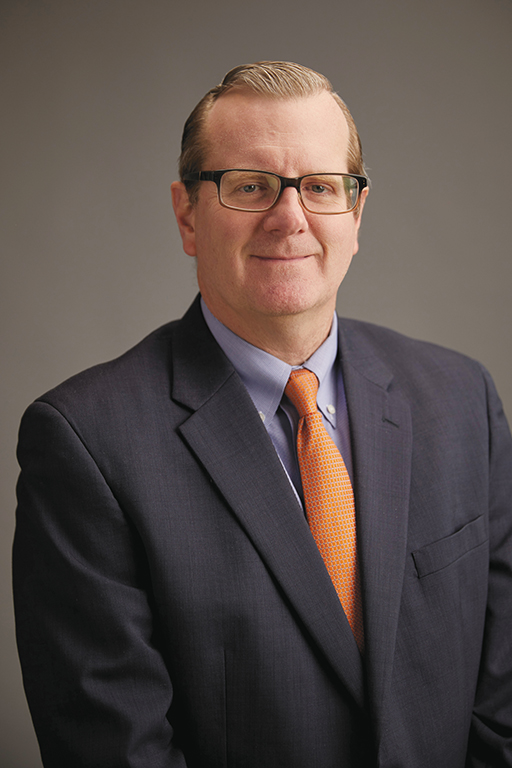 This issue of Wheaton magazine tells a story of Wheaton College in 50 objects. Make that 51, because this column features a bonus item: the Mary Blanchard roses.

When Mary Blanchard left the East Coast, she took some of her precious pink roses with her. Mary’s roses traveled with her to Knox College in Galesburg, Illinois, and finally arrived on the campus of Wheaton College in 1860.

With each move, Mrs. Blanchard carefully took her roses, roots and all, found an ideal spot to transplant them, and then lovingly watered and pruned her flowers as she waited for them to bloom again.

Mary’s roses must have flourished somewhere near the Blanchard home on the corner of Howard and University, where Smith-Traber Hall now stands. Eventually, some of them were transplanted to Westgate, current home of the Alumni Association, where today a sturdy rosebush holds a prominent place on the front lawn.

Not long after I came to campus in 2010, I asked our head gardener to take a few cuttings from the bushes at Westgate, grow them in our campus greenhouse, and plant them in our front yard.

The results have been remarkable! The rosebushes grew rapidly along my front walk. Today four or five bushes bear hundreds of beautiful pink blossoms in springtime—so heavy that the branches bend to the ground after a rainstorm.

Like Wheaton College, Mary Blanchard’s roses are not inanimate artifacts, but living things that require ongoing care, feeding, and pruning. Fortunately, the Blanchard roses are unusually hearty. Trustee emeritus Harold ‘Mac’ Airhart ’61 (a Blanchard descendant and expert gardener) believes that the flowers were hybridized in France sometime in the Middle Ages. Centuries old, they have persevered through many hardships and continued to bloom.

By God’s grace, Wheaton College also lives and grows from generation to generation. The spiritual care, intellectual feeding, and practical pruning of this beautiful school have been entrusted to us for a season, through any and all hardships.

When I see abundant blossoms on Mary Blanchard’s roses every springtime, and reflect on their rugged persistence through many cold winters, I take fresh hope that Wheaton College will continue to produce something beautiful for the kingdom of God. 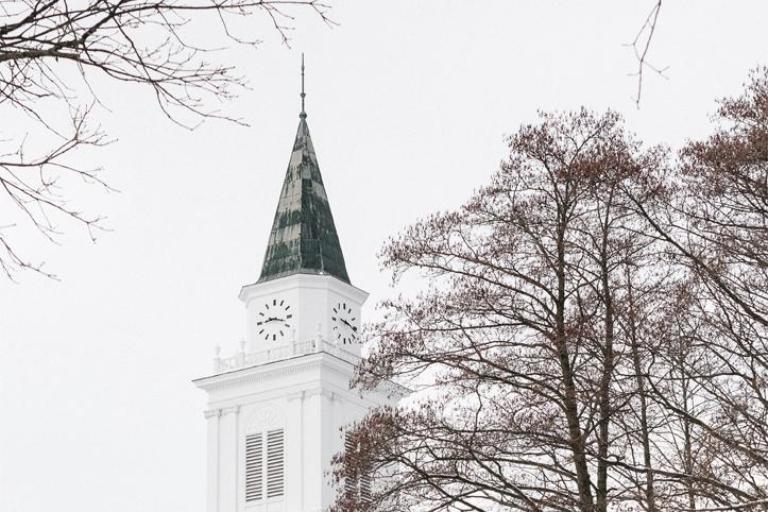 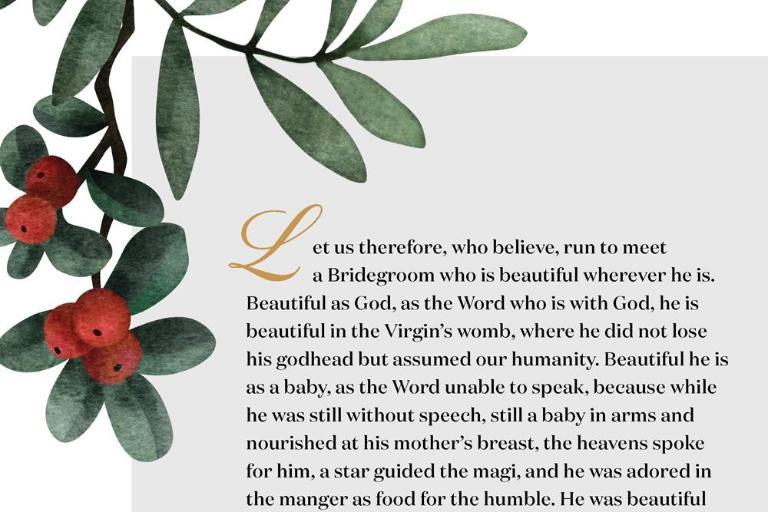 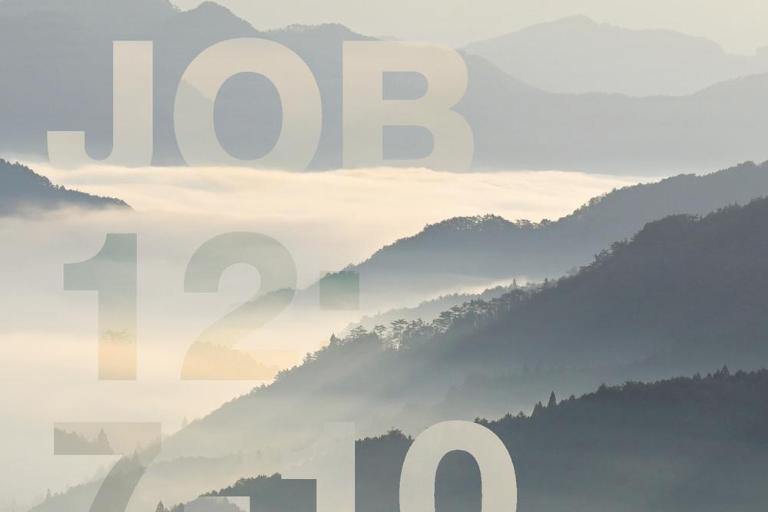 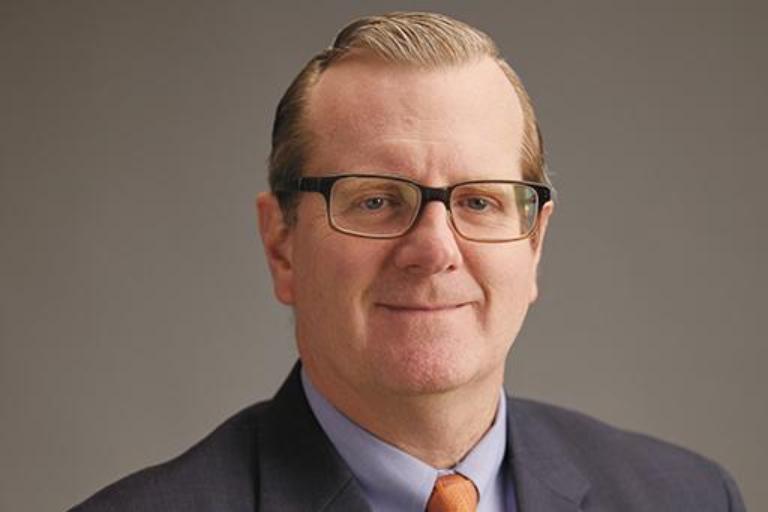 To the End of the Earth, Literally