Members of the class of 1991 traveled to Wheaton for their 30th homecoming this October, but for some, the commute wasn’t far at all. Six 1991 graduates had already returned to their alma mater, this time as faculty and staff members. 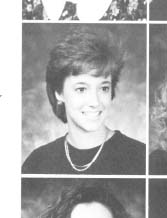 Julie Davis ’91 came back to Wheaton College in 2003 as the Internal Operations Coordinator for the Facilities Department before being appointed to Athletics Director in 2011. “In many ways it felt very familiar. [I recognized] the campus buildings, I knew what all the three letter acronyms stood for, I understood the importance of chapel,” she remembered. “But being on the other side was brand new. It was this comfortable unfamiliarity.”

Dr. Denise Daniels ’91 made her return to Wheaton more recently, stepping into her position as the Hudson T. Harrison Professor of Entrepreneurship in 2020. Since her undergraduate years, the campus has evolved significantly. “I describe it a little like waking up in an alternate universe,” Denise said. 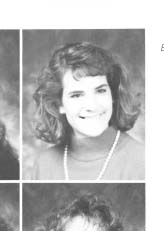 As a student, Denise often frequented the Memorial Student Center (MSC) since it was a hub for student life in the early 90s. It housed the College Post Office on the first floor and Stupe on the second floor. Her involvement in both National Cities Ministries and tutoring through the Office of Christian Outreach (OCO) often brought her up to the third floor where the OCO was headquartered. Some thirty years later, the MSC is now home to the Department of Business and Economics. Denise’s office sits on the third floor where the OCO offices used to be, and she teaches classes where she once picked up her mail.

Procurement and Capital Planning Manager Gayle Koehler ’91 noted another difference. “We didn’t always have the softball field right here.” She laughed and shared, “We walked all the way over [to Hoffmann Park] with the helmets and bats and bases. The underclassmen had to drag all the equipment.” 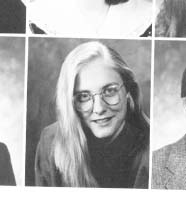 Gayle played softball for all four of her years at Wheaton and was a three-time All-Conference infielder. She ranks third in school history for her batting average and stolen bases, and was inducted into Wheaton Athletic's Hall of Honor in 2011. Considering her clear success on the field, it comes as a surprise to learn that she had never played softball previous to her years at Wheaton.

Denise remembered Gayle’s softball success and observed that “there was a freedom to try things” during their student years at Wheaton. “Some of the characteristics and traits for students that aren’t captured well in classroom performance, but really do influence success, have to do with being willing to take risks and do things that are out of your comfort zone.” 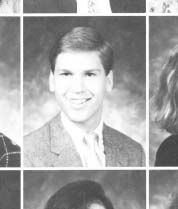 For Dr. Paul Chelsen ’91, Vice President for Student Development, this rings especially true. Paul was largely involved in residence life, first as a resident assistant, then as the assistant resident director in Fischer Hall. As a communication major, Paul was convinced that he would enter the business world after graduating, but his passion for residence life changed that trajectory. Thanks to the encouragement and guidance of Dr. Sam Shellhammer—then the Dean of Students—and Dr. Edee Schulze—then the resident director of Fischer—he landed in a higher education administration graduate program, and “the rest is history.”

“It felt really natural because of the relationships with Dr. Shellhammer and Dr. Schulze,” Paul said. “I knew they cared about me as a person, but they were also well acquainted with my strengths and my areas of growth. I really trusted them.”

Paul went on to take over Shellhammer’s position upon his retirement in 2008, first in an interim role before being hired as Vice President for Student Development. “To take the place of Dr. Shellhammer was very emotional for me and very significant,” Paul said. “He had been investing in my life for so many years. It was a beautiful baton handoff.”

When asked if they had a clear picture of what they wanted to do after college or if they ever anticipated returning to Wheaton, all six laughed and answered no. For most, the road back to Wheaton was a series of open doors and unforeseen opportunities. 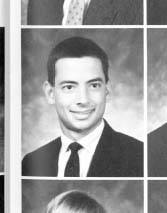 In a similar fashion to Paul, Associate Professor of Physical Chemistry and Department Chair Dr. Peter Walhout ’91 found his way back to Wheaton through a former professor. While Peter was still in graduate school, chemistry professor Dr. Narl Hung told Peter that she was retiring and encouraged him to apply for her vacant position. “That’s the first time I seriously considered it or thought it was a real possibility,” Peter said. 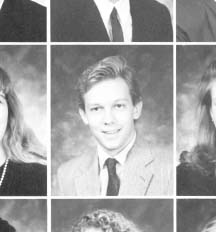 Denise’s call back to Wheaton came in the literal form: she received a phone call from the College, inviting her to apply. After over 20 years at Seattle Pacific University, the decision to move cross country was significant, but one that she was confident making.

“One of the things that really drew me back and has stayed the same is there is a deep reservoir of both intellectual depth and Christian faithfulness,” Denise said. “It’s a really unique thing and I don’t think it’s necessarily representative of most Christian schools. They’re lacking in one or the other. Wheaton is a remarkably rich intersection of both.”

Peter expressed that for a time, he envisioned himself teaching at a large, research-oriented university for the sake of finding that intellectual depth within his profession. However, upon beginning to work at Wheaton, he said, “I realized pretty quickly how great the faculty are. I think students get a glimpse of that but I don’t think they really know how satisfying and fulfilling it is to be with such inspiring and great colleagues every day.”

While they may not get the experience of being colleagues, many students still gain access to a personal relationship with their Wheaton professors through mentorship, as evidenced by the testimony of Dr. David Van Dyke, Marriage and Family Therapy Program Director and Associate Professor of Marriage and Family Therapy. Though academics were not his strong suit throughout his undergraduate years, he remembers Dr. Richard Butman, then Professor of Psychology, taking him under his wing and mentoring him throughout difficult seasons.

“The challenges that I went through with Rich were formative and really mattered,” David said. “During my time at Wheaton, the thing I valued most were people that supported me navigating my development and my struggle and my questions.”

Dr. Butman continued to mentor David even after they became colleagues. “Rich really built the young faculty up. His inclusion and fostering our personal and professional development made the transition [to Wheaton] feel really seamless,” he recounted.

Basketball coach Beth Baker was a mentor in Julie’s athletic career and her personal life. “Coach Baker’s personal life testimony and commitment to Christ in the midst of difficulty was formative for me,” Julie explained. “I had a coach who invested in me and cared about me and knew me.”

Julie benefitted not only from the care of her coach, but also her team. She played basketball all four years while at Wheaton College, and as a result was surrounded by a group of women who pushed her and provided a community of support.

While Gayle had a natural circle of friends within her softball team, she is especially thankful for the way that Wheaton introduced her to peers outside of her typical range of acquaintances. During her freshman year she became friends with six other girls from her floor, and they fondly referred to themselves as ‘The Herd.’ “We’re dear friends to this day,” Gayle said. “You liken it to family; these aren’t people that you would have necessarily chosen as friends, but it just came together.”

The friendships formed at Wheaton make way for plenty of humorous and fun memories. Peter recounted competing in the illustrious Chicago Industrial Chess league and playing countless games of Rook on his Traber floor. Denise remembered participating in pranks such as climbing on a roof and throwing water balloons at unsuspecting students from their vantage point. They were of course chased around campus by Public Safety as a result of their escapade. David told the story of going on a Student Missionary Project (SMP) summer trip to the United Arab Emirates and meeting his future wife for the first time, a fellow Wheaton student who was en route to Japan, at O’Hare.

For David, Julie, Peter, and Paul, Wheaton brought them not only lifelong friends, but a lifelong partner. David is married to Tara Barnett ’91, Julie to Donald Davis ’91, and Paul married Laura Farnsworth ’91. While Peter originally met his wife Jennifer Jonas ’91 in high school, she joined him at Wheaton and the two married after graduating. Many of these Wheaton families now have children of their own attending the College three decades later.

Between the relationships, academics, mentorship, extracurriculars, and now career development, Julie sums up the cumulative impact of Wheaton: “It would be hard to separate who I am now without my Wheaton experience. It’s been a really good place for me personally and professionally.”