The missionary display hangs in the second floor of Blanchard outside the President's office.

On a prospective student’s tour of Wheaton, somewhere between checking out the workout amenities and the library, they take a stop on the second floor of Blanchard Hall. Just outside the President’s Office is a long, tan-colored wall display with 5,076 names lined up in columns, sorted by year. This is the “Alumni in Missions” display.

It hasn’t always been tan. Cindra Stackhouse Taetzsch '82 remembers looking at the display as an undergraduate student in the 80s, back when it was a large rubber board with white peg letters. Now as Senior Director for Vocation and Alumni Engagement, Stackhouse Taetzsch is responsible for updating the display once every decade. Its most recent update occurred in 2020.

The display features a list of alumni who have served for at least three years in cross-cultural ministry. The resulting collection of names is a staggering reminder of the College’s evangelistic history.

Some recognizable names include Jim Elliot, Ed McCully, and Nate Saint, the men who ministered to the Huaorani people of Ecuador and were ultimately killed for their attempts at contact. Pete Fleming, though not a Wheaton alumnus, was also a part of the team. His involvement in Ecuador led to ties between his family and the College. Let’s zoom in further and hear more about their story.

On the right side of the display is a photo of six people: two Huaorani, and four Americans. Furthest to the right is Dr. Beverly Liefeld Hancock ’84, President of the Wheaton College Alumni Association Board of Directors. Next to Hancock is her mother and Pete Fleming’s wife, Olive Fleming Liefeld. Though Hancock is the daughter of Olive’s second marriage and was born years after Pete’s death, the influence of his commitment and sacrifice was influential in her life. “While we didn’t lose our dad, I grew up very aware that I have life because Pete died. I had a clear sense of what we’re called to be and how we’re called to live as believers.” Hancock and her husband, Jonathan ’83, have committed their lives to ministry in Chicago, predominantly working with under-resourced and marginalized populations as a nurse and pastor respectively.

While some missionaries find themselves in extraordinary situations such as Pete and Olive, most names on the wall belong to Wheaties who found themselves committed to a relatively anonymous life in faithful cross-cultural ministry like Hancock and her husband.

Let’s zoom in on Sarah Johnson ’08. Johnson knew early on that she wanted to go into cross-cultural missions. She grew up in Mexico with her parents Dan ’81 and Peggy Agee ’82—whose names can also be found on the display—then moved to Wheaton to pursue a degree in biblical and theological studies. While at Wheaton, she participated in the Human Needs & Global Resources program, spending six months in Guatemala. Those six months turned into over fifteen years. 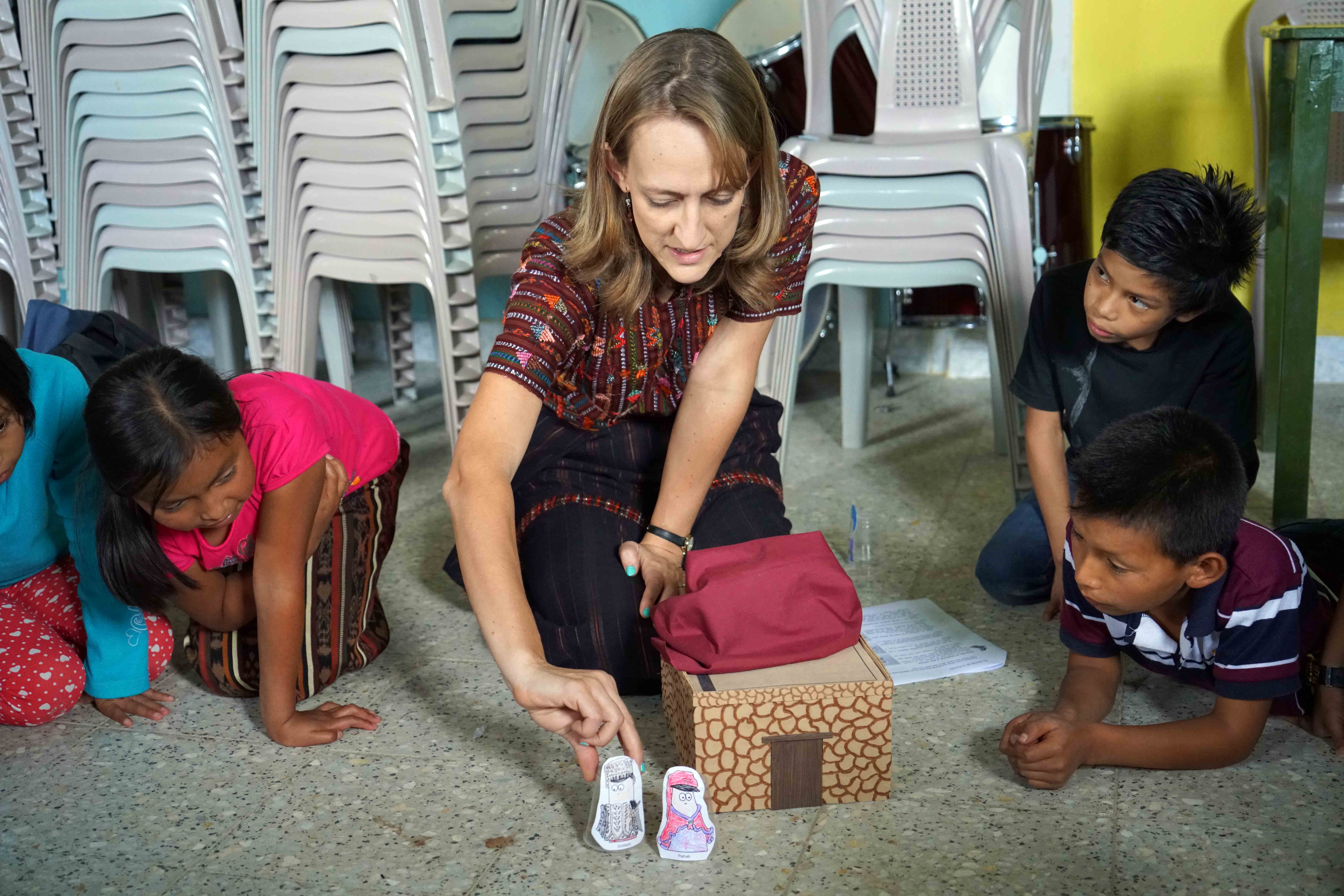 After graduating, Johnson returned to Guatemala and has spent the past several years creating biblical resources for children through finger puppet videos, called "Deditos." The high production quality videos have received considerable global attention and have been translated into over 30 languages.

Not all of the missionaries work in international contexts. It also includes people entering cross-cultural mission fields in their own neighborhoods.

Coach did not originally intend to enter into ministry. Initially, he hoped to teach and coach, and he felt God calling to the Black community. So he started early. During his years at Wheaton, Coach traveled into Chicago multiple times a week, joined a church on the west side, and led a Bible study for high school men. His ministry began long before his career.

“You start where you are,” Coach said. “‘Missionary’ is not something you do, it’s something you are . . . Missions and loving our neighbor and caring for people starts at home.”

To a certain extent every Christian is called to be a missionary per the Great Commission. No platform for doing so, whether locationally or vocationally, is greater.

“We see every calling as a kingdom calling,” President Philip Ryken said. “But there also is an imperative of spreading the gospel and there is a unique role for people to do that in cross-cultural contexts. I think there’s a tension for how we honor what is involved in missionary service in that traditional sense of the word, and at the same time, honor other Christians who are living out their calling in other ways.”

Wheaton College has a distinct legacy of attracting students interested in missions, equipping them, and sending them out into the field. The “Alumni in Missions” display provides the opportunity to recognize and celebrate that unique feature of our history.

Though the list is staggering as a whole, each individual name is a key part of the overall influence. The list is an invitation, too, for each viewer to participate in its larger impact. Ryken expressed that regardless of vocational call, “I think part of my hope for Wheaton students is that they themselves would be involved in cross-cultural missionary work in ways that give them a personal stake in the story that is told on our missionary wall.”

‘Missionary’ is not something you do, it’s something you are . . . Missions and loving our neighbor and caring for people starts at home.