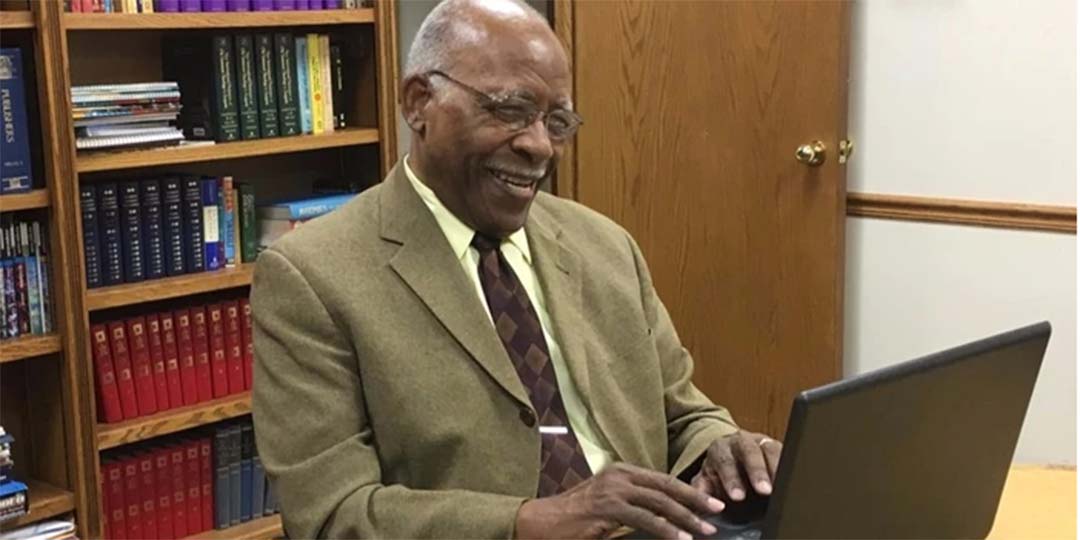 Wheaton alumnus Dr. Melvin E. Banks, Sr. '58 died on February 13, 2021, at the age of 86. Banks was a consequential figure in Christian media and the founder of the largest black faith-based publishing company in the country. He was among the first to develop church resources that depicted biblical figures as people of color. In his career as a publisher, Banks created books, Bible studies, videos, VBS materials, and more specifically for believers in the black community.

Born in Alabama in 1934, Banks came to faith early in life. He attended Moody Bible Institute in 1952 and graduated from Wheaton College with a B.A. in theology and subsequent master’s in biblical studies in 1960.

Upon graduation, Banks worked for a Christian publishing house, only to discover that his job meant selling euro-centric curricula to black churches. These materials were intended for children’s Sunday School lessons, but the whitewashed illustrations only reinforced division and stereotypes. Banks realized that, in order to develop the resources he envisioned with creative freedom, he needed to launch his own company. This led Urban Ministries, Inc. (UMI), a publishing house born in his Chicago basement in 1970. Led by Banks’ vision and passion, UMI became a platform to empower BIPOC Christian writers and encourage believers through contextually relevant content.

For his work in faith-based publishing, Banks received the Evangelical Christian Publishers Association (ECPA) Kenneth N. Taylor Lifetime Achievement Award in 2017. Wheaton College granted Banks an honorary doctorate in 1992. Wheaton College’s Welcome Center was named in honor of Dr. Banks, and the building’s Great Hall displays a tribute to him.

"So many people have been introduced to the life-changing message of Jesus because of Dr. Banks' ground-breaking initiatives," said Vice President of UMI, Terri Hannett, in an remembrance published by UMI. “For 50 years, UMI has produced discipleship content that was intellectually rigorous and uniquely relevant for the Black experience.”