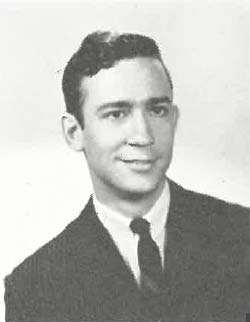 Cuban philosopher Dr. Jorge J.E. Gracia '65— SUNY Distinguished Professor Emeritus and Samuel P. Capen Chair in Philosophy and Comparative Literature—died in July 2021 at the age of 78. The author and editor of 45 books and hundreds of articles, Gracia was a formidable figure in contemporary philosophy and has left behind a lasting academic legacy.

Gracia studied in Havana, Cuba before he escaped from the island in 1961, pretending to be a Catholic seminarian. When he arrived in Miami, he knew no English. He had practically nothing to his name besides his mother’s ring hidden in his shoe, which became the iconic image for his memoir With A Diamond in My Shoe.

The nineteen-year-old learned quickly. By 1965, he had earned a degree in philosophy from Wheaton College. He went on to attend the University of Chicago for his Master’s, the University of Toronto for his Ph.D., and the IEC in Barcelona. Gracia’s research encompassed metaphysics, medieval philosophy, Latin American history, hermeneutics, ethnicity, and nationality, among other subjects. He launched the American Philosophical Association's Committee for Hispanics in Philosophy and throughout his career, he regularly promoted the work of Hispanic artists, writers, and philosophers. His last book, Cuba before Castro: A Century of Family Memoirs, is a collection of vignettes about his homeland before the political upheaval that overtook it.

A number of tribute essays emerged after his death from colleagues and students who remembered his impact upon their work. “Jorge may have begun his voyage in the United States with just a diamond in his shoe,” wrote Elizabeth Millán Brusslan, Professor of Philosophy at DePaul University, in a University of Buffalo remembrance, “but he managed to share with his students a wealth more valuable and more beautiful than any diamond.”

Gracia leaves behind his wife of 55 years, Norma, their children Leticia and Clarisa, and grandchildren James, Clarisa, Sofia, and Eva.