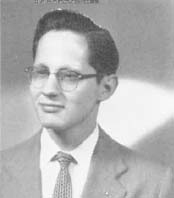 Wheaton alumnus C. René Padilla '57—theologian and missiologist best known for championing the “integral mission”—died in Buenos Aires at the age of 88 in April 2021. The Ecuadorian theologian was one of the most prominent figures in evangelical Christianity and missiology in the twentieth century. He championed social action and justice work as an integral part of mission.

Born in Quito to a family of ten, Padilla encountered firsthand the persecution of Protestants in Latin America. His conversion at the age of 15 led him to start a zealous street ministry in Ecuador. He ministered to incarcerated people, preached on the streets, and served alongside Jim Eliot and Nate Saint before they were killed. Padilla moved to the United States to attend Wheaton College in 1954, where he received an undergraduate degree and a master's in biblical studies. He received his Ph.D. in Manchester, England before moving back to Latin America, where he would spend most of his life and ministry.

In response to the social turmoil he witnessed in Columbia, Venezuela, Ecuador, and Peru, Padilla coined the term “integral mission.” He believed that evangelical Christians had two priorities: evangelism and social action. One could not be separated from the other: “This would be equivalent to asking about the relative importance of the right wing and the left wing of a plane,” said Padilla in 1977. He was critical of what he called “American culture Christianity” being delivered to the Global South. He wrote that, with integral mission, the church “understands that its goal is not to become large numerically, nor to be rich materially, nor powerful politically. Its purpose is to incarnate the values of the Kingdom of God and to witness to the love and the justice revealed in Jesus Christ.” This framework influenced the methods of Christian nonprofits such as Compassion International.

Over his career, Padilla worked as the Latin American ambassador for the International Fellowship of Evangelical Students. He also authored several books, most notably Mission Between the Times.

Padilla leaves behind a powerful legacy of mission work.