Howard was born in Philadelphia to parents who loved Jesus Christ. He told his son and namesake Dr. David Howard Jr. M.A. ’77 that one of the consistent memories throughout his childhood was seeing his own father, wrapped in a blanket at his desk in his study, with his Bible and prayer notebook.

“I would say the same thing about my dad,” Howard Jr. said. “He faithfully, pretty much every day of his life, had his morning devotions. He made it a goal to read through the entire Bible every year.”

Faithfulness and godly ambition would go on to define Howard’s entire life.

After giving his life to Christ as a 10-year-old, Howard attended Wheaton College where he forged strong relationships with other mission-minded students. One of those friends, Jim Elliot ’49, would go on to marry Howard’s sister Elisabeth (Elisabeth Howard Elliot Leitch Gren ’48).

“He showed himself to be a leader beginning in our freshman year at Wheaton,” said one of his friends Jack Swanson ’49, pointing to his involvement with the wrestling team, gospel groups on campus, and his leadership as student government president. “He was a very energetic, wholesome representative of Christ.”

His reputation at Wheaton carried beyond his graduation. Not only did Howard lead the student effort to raise money to build the Memorial Student Center, which was constructed in 1950, but his family name also had an almost mythic quality at Wheaton.

“Growing up in a Wheaton College alumni family I always knew about the Howard clan—Elisabeth, Dave, Tom, and others,” said Special Assistant to the President Marilee Melvin ’72. Melvin, who also worked as a vice president under former Wheaton College President Dr. Duane Litfin, recalls President Litfin observing that Howard seemed to know everyone and that everyone knew him.

“He was providentially born to the Howard family and schooled in the Scriptures from childhood. He had the gift of strategic encouragement and seasoned by spiritual maturity, and he connected people for Kingdom purposes,” Melvin said.

Howard also met his future wife at Wheaton—Phyllis Gibson ’48. After getting married, he completed a master’s degree in New Testament before heading out to the mission field. Their first posting was in San Jose, Costa Rica under the Latin American Mission. He was later asked to lead Latin American Mission’s work in Colombia, so the family resettled in Cartagena—their home for nearly 10 years. 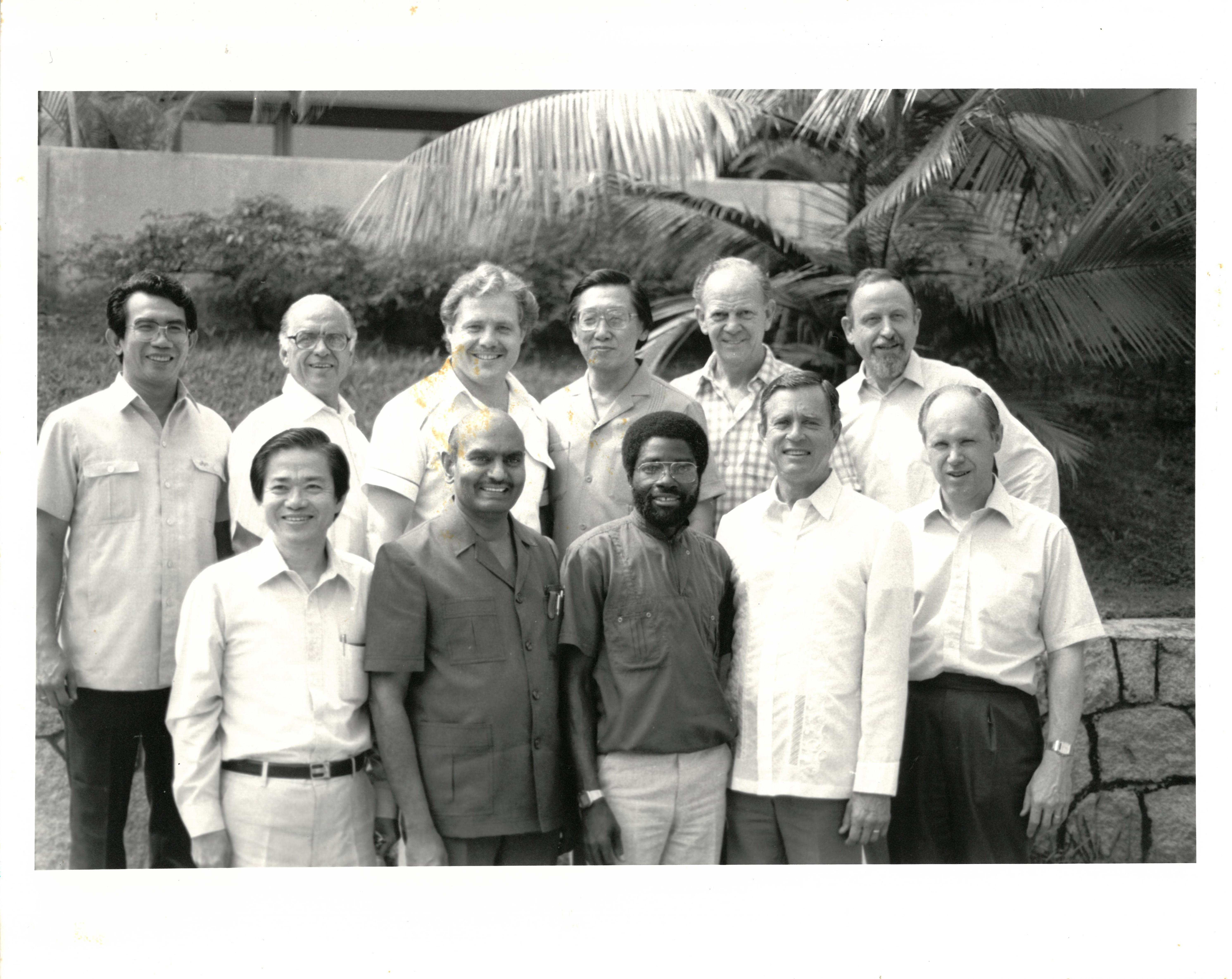 Howard with members of the World Evangelical Fellowship Executive Council in 1987.

Howard Jr. said his dad’s work in Colombia took him away from the home a lot, but he was very intentional about the time he did have with his family. He took the kids to the beach that was three blocks from their home. Every three years, they would go on furlough, driving out to Colorado and Montana to visit Phyllis’ family, then return to New Jersey and New York to visit Howard Sr.’s family and supporters. These trips would take two months round-trip, and Howard Sr. would plan visits national parks, historical sites, and a Christian camp along the way. Even though their road trips occurred during a time before cars were air conditioned and before there were convenient Interstates, these trips were a highlight for their family.

In 1968, Howard and his wife moved back to Wheaton, Illinois, so he could take a job as the Missions Director for InterVarsity Christian Fellowship first in Chicago and then in Madison, Wisconsin. During his decade of work at InterVarsity, he also directed the ministry’s Urbana Missionary Convention in 1973 and 1976.

“Many people were challenged to go into missions because of dad’s leadership [at Urbana],” Howard Jr. said. “I’m still to this day running into people that knew dad or knew of him. He was very influential.” 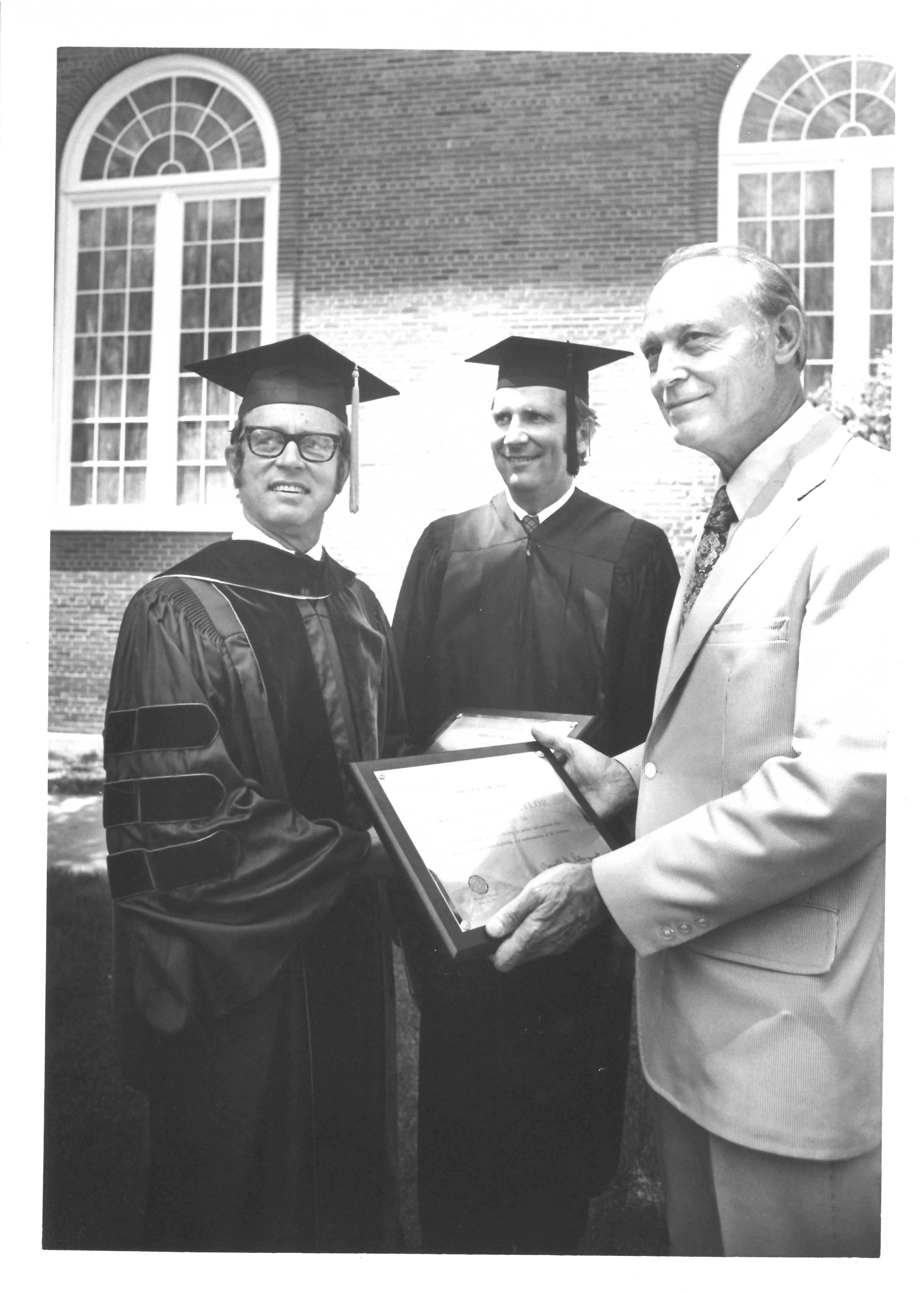 Howard receives the Alumnus of the Year Award at the 1977 Wheaton College Commencement ceremony.

In 1977, he was awarded Wheaton College’s Alumnus of the Year Award for Distinguished Service to Society. When he received the award he said, “If the Lord has allowed me to render any service to society and the church, I believe that Wheaton College has played a vital part.”

His work to further missions and evangelism also led him to posts as the director of the Lausanne Congress’ Consultation on World Evangelization in Pattaya, Thailand, as well as General Secretary of the World Evangelical Fellowship in Singapore.

In addition to his work responsibilities, Howard also served as a member of the board of directors for other ministries and Christian organizations like Tyndale House. In a tribute penned for Howard, Chairman and CEO Tyndale House Ministries Mark D. Taylor wrote about Howard’s invaluable perspective on the Foundation Board.

“Dave Howard was exactly the kind of person we needed on the Foundation Board. He was an insightful missiologist, and he seemed to know everyone in Christian missions, both domestically and internationally. … I realize that his work for Tyndale House Foundation was just a sidelight. … So, we join a long list of other mission organizations in saying, ‘Thank you, David. Well done, good and faithful servant. You have now entered into the joy of your Lord.’”

Howard also served his alma mater in many ways, writing the definitive book on God’s work in using Wheaton College students in global missions, From Wheaton to the Nations, among nine other books he authored on missions. He also served as a Wheaton College Trustee for 28 years from 1975–2003.

On the Wheaton College Board of Trustees, Howard brought unique giftings, Melvin said. “I think everyone would say that Dave’s gifts were a humble gratitude, a vast circle of connections, and a needed global perspective.”

His wife, Phyllis, died in 2003 at their home in the Shell Point Retirement Community in Fort Myers, Florida. In 2005, friends and family rejoiced when he married missionary Janet King Kuhns M.A. ’88, who was a blessing in the last 16 years of his life.

Throughout his life, Howard was also a man of prayer. Melvin described him as “a prayer warrior”—something that Vice President for Advancement, Vocation, and Alumni Dr. Kirk Farney, also attests to.

In 2014, a couple of weeks before Farney started his new role at the College, he received a handwritten letter from Howard, welcoming him into the Wheaton family and telling him that he would be praying for him every week.

“I was so touched by that,” Farney said. “This man who didn’t know me made the effort to find my home address, write me this letter, encourage me in my new work, and promise that he would pray for me.”

“All of my siblings would say he was a godly man with great integrity and great dignity,” Howard Jr. said. 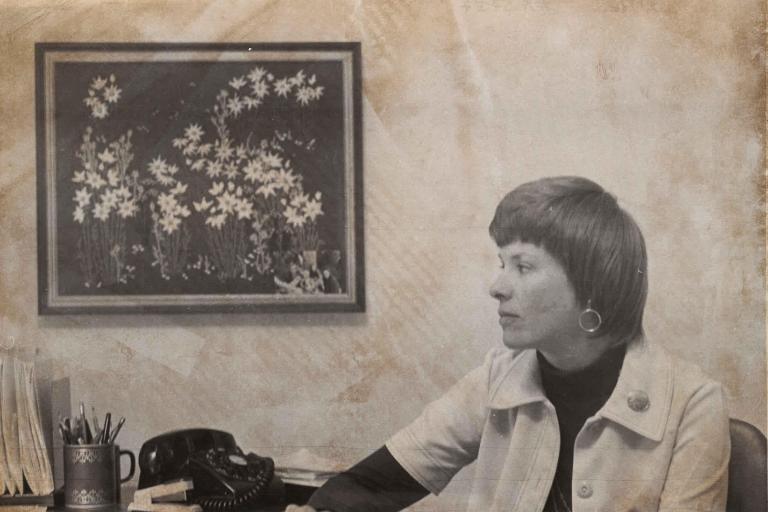