Longing for and making meaning with the great American novel 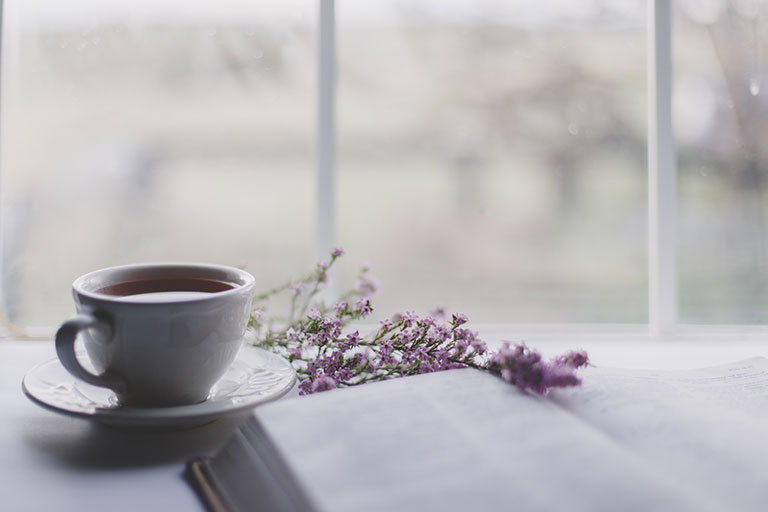 Photo by Carolyn V on Unsplash

In the first chapter of Moby Dick (1851), there is a seemingly throwaway line that I have underlined and circled in every edition I possess. It comes right when Ishmael is explaining why he wants to go to sea—why all people, it seems, get dreamy and thoughtful around bodies of water. He says, when artists paint landscapes, what’s the feature that just MAKES the work? Water. When any poor hick has money, what does the cash get burnt on? A trip to the water. When people go to the prairies in June, he says, and it's nothing but tiger lilies for miles, what's missing? (Har har, we say, passionately midwestern as we are. But, we get the point.) And then comes the line:

"Surely all this is not without meaning."

The line makes a sort of refrain in the novel as Ishmael struggles again and again to retell the story and to make sense of his losses and the great (possibly avoidable) disaster. Moby Dick, of course, is famously boring (unless you're the sort, ahem, who geeks out over its intricacies and jokes), but in every exploration of whales’ anatomical back closets and junk drawers, that same impulse toward meaning-making is present. First, during the encomium on water. Then, when Ishmael is scrutinizing the painting at the Spouter Inn. (If you’ve read it with me, you’ll remember our conversation about THAT!) Then, when he can’t figure out Queequeg's tattoos, the whale’s forehead, its tail. Even the doubloon nailed to the mast as a reward for spotting the white whale gets caressingly read for meaning. And Ishmael says—pleads (prays?)—again and again that same idea, in slightly different words: Surely, all this is not without meaning! Tell me, he seems to say, that it’s not just that we’re here, or whales are here, for nothing but to roll with the empty sea rolling on.

“Surely all this is not without meaning” has become for me a way to describe the whole work of that great American novel. But, it also functions as a pretty good summary of what people do when they read imaginative literature. When people make art or experience it in reading, they are participating in the longing for meaning and the making of meaning. 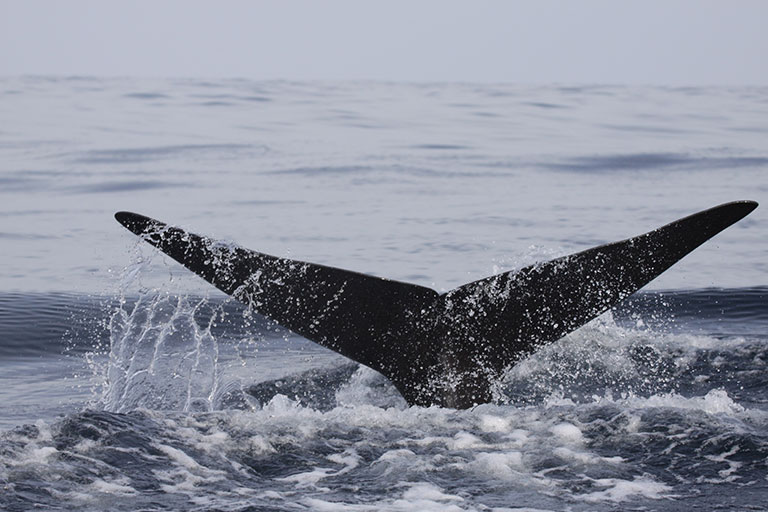 Photo by NOAA on Unsplash

Most of my students at Wheaton bear with me when I assign Moby Dick. Most of them say, “It’s a lot funnier than I thought it would be,” which I find very pleasing and a sign of their developing literacy. Sure, sometimes, I have to comfort them that it’s okay to fall asleep while reading great books because “He gives sleep to those he loves.” (That’s Scripture, I say.) I don’t mind if whatever semester they study with me isn’t the right time for them to read the book with the passion that I have for it. I say to them that it’s okay to hate the book right now, or even just not to feel anything. I tell them what my colleague Alison Gibson told me one time: God brings certain books into our lives at certain times. I say, this book is for when you are struggling, down, doubting, having a hard time even taking the next breath (“when I am over conscious,” Ishmael says, “of my lungs”). My goal in teaching this book, I tell my students, is that you will know, when you get to that point, to take up and read again, and that you will know how to read it when you do. Some students need Moby Dick right then. Lots of students have felt Ishmael’s fantods and know all about wanting to ship out—more lately than in former years, seems like. I’ve cried with students who needed to ask “why?” during the time we read. But sometimes, it’s later. Just recently, I did a Zoom interview with a former student who’s now teaching in Washington, D.C.: He remembered that I’d said they might need Moby Dick again someday. And he’d picked it up again, he told me. He didn’t say why. Moby Dick is only the most famous American novel to do this sort of asking and searching for meaning. Last spring, my students also read Diane Glancy’s A Reason for Crows (2009)—in which Kateri Tekakwitha, 17th-century Mohawk convert to Christianity, is trying to figure out God, missionaries, and the smallpox epidemics. And, too, we read Countee Cullen’s poem “Heritage” where Cullen wonders, so far away in space and time, “What is Africa to me?” and feels the question between religious traditions. And then also Langston Hughes’s “Search,” which seeks “The Why that flings itself beyond the Sun / And back in space to where Time was begun.” All of these wonder what it’s all for.

A few years ago, the week my English-department colleagues Roger Lundin ’71 and Brett Foster died within four days of each other, my students in English 341 hand-made a card for me with a white whale quilled on the front, its famous mist spout atop. They wrote underneath it: “Surely, this is not without meaning.” All of them signed it. (It is one of my most precious possessions, hung in my office next to one of Foster’s poems). That Thursday, I stayed up all night, thinking of the department that was meeting the next day to be dumbfounded—to cry—together. Somehow, I started making food for everyone, as I sometimes do: lavender lime and lemon thyme shortbread, scones with currants grown in our yard, cinnamon roll dough that I would deliver hot from the oven—“a small, good thing,” as Raymond Carver would call it in his eponymous story. And suddenly, I couldn’t help it. As I boxed up each thing, I matched each scone and cookie and roll with lines from our community’s reading life, letting the texts help us through—letting them help us make meaning. At the center? That white whale and that line—made, of all things, out of a massive, white-frosted cake.

It was maybe a silly thing to do. It was maybe all I could do at that time. But at Wheaton, when we read all manner of imaginative texts, we do something like that: a community that works to link lines and lives and seek meaning out of them. We come together, in the same room, asking enduring questions with those who have asked them—in all manner of genres. We find patterns, metaphors, motifs, and “bright wings” (as Gerard Manley Hopkins might say it) of themes. And look, there it is: meaning. Our community of language and presence, it turns out, has been cultivating the very meanings we seek.

As we read and discuss and write, we are participating in the making of meaning inaugurated by the Word in the world, by the one who is Creator and Christ, by the one who makes all things new in the power of the Spirit.

We learn how to do it with Christ himself, who, on the cross, interpreted Psalm 22 in his body and for the beloved community when he says, “My God, my God, why have you forsaken me?” In that moment, the Word reads the word and make its meanings mean anew. In Christ’s reading, God did not and does not “despise or abhor the affliction of the afflicted,” even on crosses old and new. He did not and does not “hide his face from me, but heard when I cried to him.” And the meanings of the suffering of the Psalmist and of the Lord and of the whole groaning creation inhere in the mystery of the Word in the world, crucified and risen again and redeeming the world.

The Word’s interpretation of his crucifixion renews and makes fruitful the Psalm itself, expanding it, granting it—and the world—meaning.

For dominion belongs to the Lord,
and he rules over the nations.

To him, indeed, shall all who sleep in the earth bow down;
before him shall bow all who go down to the dust,    and I shall live for him.

Posterity will serve him;
future generations will be told about the Lord,
and proclaim his deliverance to a people yet unborn,
saying that he has done it.

For Christ is the one, we know, who raised Lazarus, who goes down, even, to the dead in hell and gets them, who wakes up those sleepers and makes them rise from the dead when he shines on them. He makes all the words meaningful. He makes all the lives meaning-full. He lets us participate in—interpret—that giving and receiving love of the Trinity. And we say together, again and again, “Surely all this is not without meaning.”