Enlisting the imagination to enliven faith 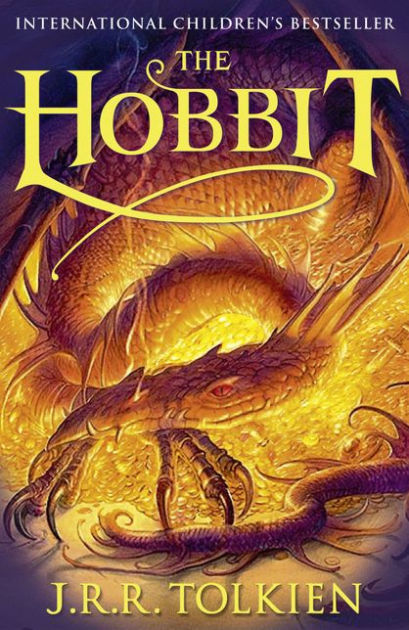 Even as adults, C. S. Lewis and J. R. R. Tolkien both enjoyed stories about dragons. Tolkien was one of the world’s leading authorities on the classic Anglo-Saxon dragon tale, Beowulf, and he created perhaps the most famous children’s story about a dragon, The Hobbit (1937). As for Lewis, one of the most well-known episodes in his Chronicles of Narnia comes in The Voyage of the “Dawn Treader,” (1952) where a self-centered little boy, Eustace Scrubb, falls asleep on a dragon’s hoard and wakes up as a dragon himself. The story of Eustace’s “undragoning” by Aslan himself is surely one of the most beloved and spiritually resonant episodes in any of Lewis’s fantasy stories.

Lewis and Tolkien were also captivated by biblical accounts of angels, and both created angel-like creatures in their own stories. Lewis’s eldils in his Ransom trilogy—Out of the Silent Planet (1938), Perelandra (1943), That Hideous Strength (1945)—represent his imaginative supposition of how angels might look in a modern-day setting—beings who appear only as “footsteps of light.” Tolkien explained in a letter that he viewed the wizard Gandalf in Lord of the Rings as a kind of angelic helper, sent to aid those who were doing battle with Sauron. Both authors also depicted fallen angels, Lewis in the “bent eldils” who haunt our earth and Tolkien in Saruman, a wizard who decides to use his powers for his own gain.

The pleasure of contemplating angels, by contrast, comes from the conviction that they actually do exist, a part of the spiritual dimension that we (normally) do not see, except with eyes of faith. But we earnestly believe that we shall see angels one day, as surely as we shall see the face of God.

The figures of dragons and angels suggest two very different kinds of imagination: the aesthetic imagination and the spiritual imagination. The aesthetic imagination can regale the mind’s eye with bold new worlds of wonder and enchantment, vicarious experiences of danger and adventure, heroism, and romance. But this kind of story is always open to charges of escapism; as we close the book or walk out of the movie, we return to a very different, comparatively humdrum world of everyday realities. As soon as we stop playing make-believe, the enchantment seems to fade. 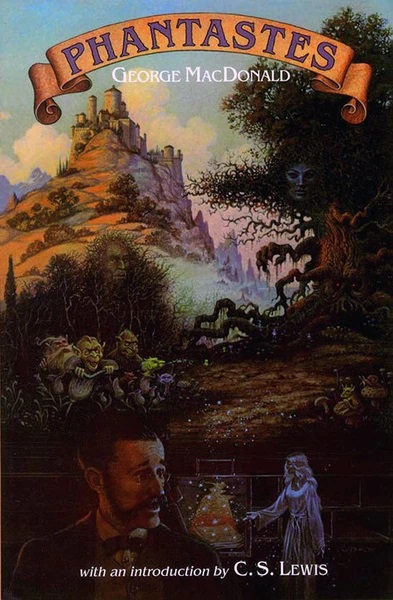 Though he never used the terms aesthetic imagination and spiritual imagination, Lewis seemed to intuit the difference in his teenage years, long before he became a Christian in his early thirties. Growing up, he had enjoyed the children’s stories of Beatrix Potter and Edith Nesbit, and in later years, he read classic fantasy and science fiction tales by Jules Verne and H. G. Wells. But when he was 17 years old, he came across Phantastes (1858), a work of Christian fantasy by George MacDonald. Lewis said that the tale had many of the qualities that he had come to expect in tales of wonder, but that a new quality was present as well—a “bright shadow” that he eventually recognized as holiness, a glimpse of the moral ideals and spiritual realities that undergirded the story. Phantastes “baptized his imagination,” causing him to recognize the beauty of holiness, a crucial step in his conversion journey.

Even as an unbelieving teenager, Lewis sensed a difference between Christian fantasy and the earlier tales that had so enchanted him. He explains in Surprised by Joy (1955):

Up till now each visitation of Joy had left the common world momentarily a desert. . . . Even when real clouds or trees had been the material of the vision, they had been so only by reminding me of another world; and I did not like the return to ours. But now I saw the bright shadow coming out of the book into the real world and resting there, transforming all common things and yet itself unchanged. Or, more accurately, I saw the common things drawn into the bright shadow.

After he became a Christian, Lewis decided to “pay it forward:” to use the aesthetic imagination of fantasy to enliven his readers’ spiritual imaginations—their sense of the reality of the spiritual world that remains mostly unseen. When one reader asked Lewis what “facts” lay behind his fantasy stories, Lewis replied, “Behind my own stories there are no ‘facts’ at all, tho’ I hope there are truths. That is, they may be regarded as imaginative hypotheses illustrating what I believe to be theological truths.” Though Tolkien may not have stated his aims so straightforwardly, he, too, felt that his Christian faith was embedded in his Lord of the Rings and that a fundamental sense of good and evil in our world could be dramatically portrayed in a fictional setting.

For both authors, and for their mentor, George MacDonald, “make-believe” was a gateway to “make Belief,” enlisting the imagination as a powerful tool for reaffirming the substance of things hoped for, the evidence of things unseen.