Language and Land Through the Lens of Ruth

For Samantha Ferreira ’25, a third culture kid majoring in Hebrew at Wheaton College, language study is all about discovering anew the nuanced beauty of God’s Word and building closer relationships with those around her. 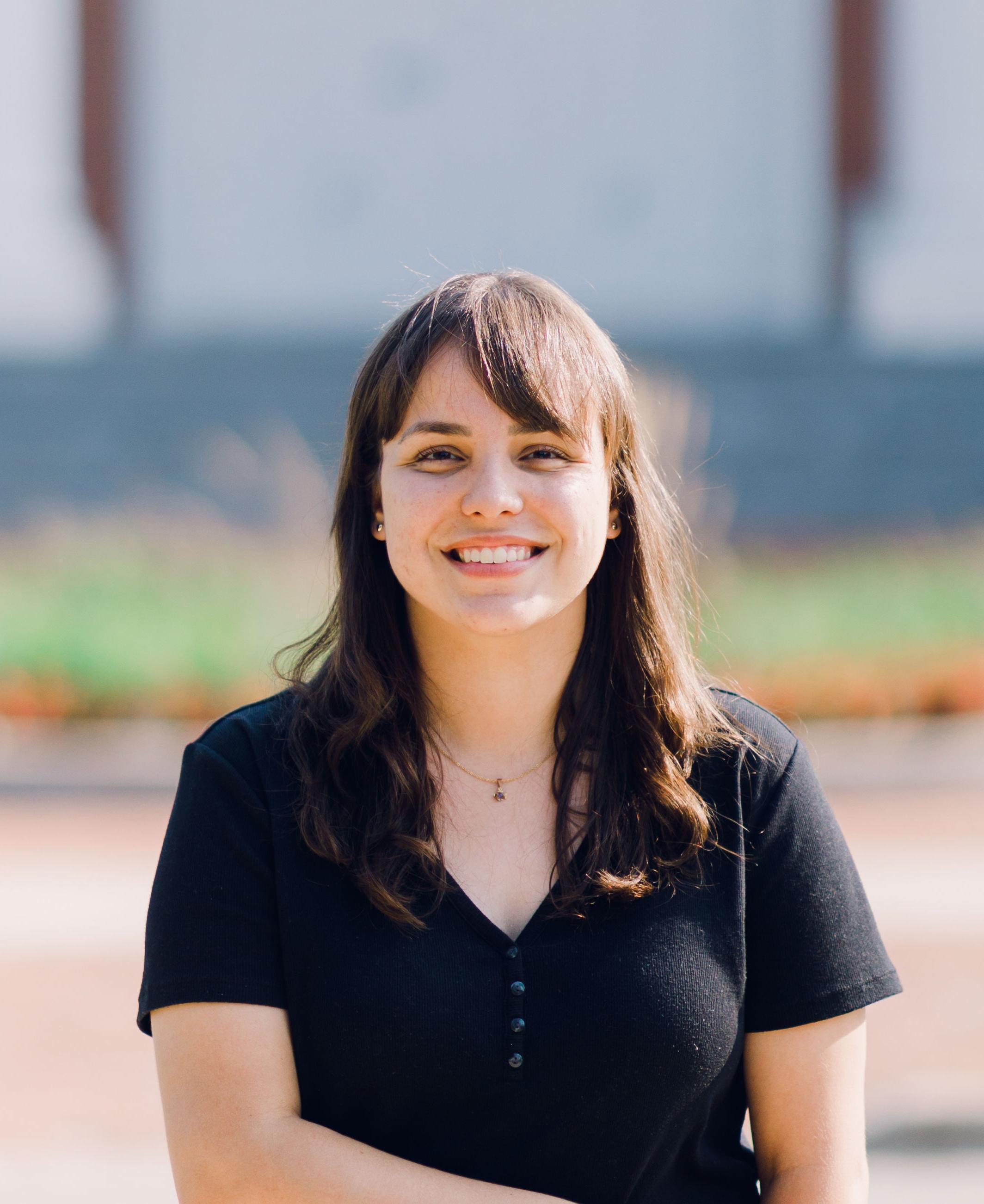 “My faith shapes who I am, so I’m constantly trying to find and understand God in his Word and translate that to other people.”

Not many eleven-year-olds want to attend seminary, but Samantha Ferreira ’25 did.

At the age when most preteens are getting braces, Ferreira, who grew up in Goiás, Brazil, enrolled in seminary to study ancient Hebrew. “I managed to take some classes, but that didn’t work out great because you know, I was 11,” Ferreira recalled with a laugh.

The budding linguist would later attend a full year of seminary before moving to the U.S. to study Hebrew at Wheaton College. Ferreira initially learned about Wheaton from reading books by alumni like Elisabeth Elliot ’44 and John Piper ’68 because of their many references to their alma mater in their works. She is now a rising sophomore studying for a double major in classical languages and communication.

Despite not having family in the U.S., Ferreira’s transition to a new culture was easier than she had expected. “I thought I was going to be anxious and I wasn’t,” she said. “Everybody at Wheaton was so welcoming.”

Ferreira soon joined Mu Kappa, the campus club for Third Culture Kids (TCK), or those who “have spent a significant number of their growing up years in a culture different from that of their parents’ culture,” according to their web page. Mu Kappa serves as a hospitable space for students whose childhood was spent in a culture different from their nationality, and Ferreira currently serves as the group’s publicity and social media manager, a testament to her ability to engage creatively and quickly with new communities.

That doesn’t mean there weren’t challenges when she first arrived, many of which were cause for laughter according to Ferreira. “Here in Brazil, for example, we give a little kiss on the cheek when you say hi to someone,” she said. “So I was kissing all my professors on the cheek as if it was normal. Only at the end of my fall semester, my friend was like ‘So, we don’t kiss here!’ And I was like, ‘Now you tell me!’”

Another time, Ferreira got lost trying to get to the grocery store and found herself walking in circles around Lower Beamer, a part of the student center that contains study areas, a game room, college post office, and coffee shop. Jerry Woehr, the director of International Student Programs, saw her wandering and drove her to the store, then helped set her up with necessities like a phone Sim card.

But the highlight of Wheaton for Ferreira so far has been the Department of Modern and Classical Languages, where Ferreira has studied with Assistant Professor of Hebrew Dr. Andrew Burlingame.

“My faith shapes who I am, so I’m constantly trying to find and understand God in his Word and translate that to other people,” said Ferreira. “I feel like the more I study, the less I know. The more confused sometimes I am because some things are not as clear in the Bible as I wish they were. So I think it’s really exciting for me to explore that, especially like secondary and third-tier issues that are not essential to faith, but that shape our worldview and the way we live.”

She describes a moment of insight from the spring semester when her class read through the book of Ruth in Hebrew. They noted a few verses in chapter 2 that are confusing in the original language: Boaz asks his servant about the woman gleaning in his fields, and the servant’s reply is hard to discern.

“Our English versions have this little note saying this sentence isn’t clear in Hebrew,” said Ferreira. “But when you look in Hebrew, it makes it sound like the servant was nervous. He was just repeating himself or he wasn’t saying anything. I could see a totally different thing: The servant was nervous because he was afraid that Boaz wouldn’t like this, but Boaz was actually interested in Ruth. There’s a nuance that you don’t see in English.”

For Ferreira, language is all about these kinds of connections: nuance and relationship, both intertextual and interpersonal. A career centered around language will help this aspiring linguist who, like Ruth, has built a home in a new land. Upon graduation, she hopes to attend graduate school and either teach or work in publishing and Bible translations, a career that will allow her to dedicate herself to understanding God’s Word more deeply.