Obedience to the Call

When L. Brian Jenkins M.A. ’93, completed his master’s degree in theology at the Wheaton College Graduate School, he had a passion for urban ministry. But his career found an unexpected intersection with entrepreneurship education.

He points to a moment soon after completing his degree at Wheaton. After signing up to volunteer with a group—where his now-wife Dr. Jenai Jenkins ’89 was working—to host a workshop on entrepreneurship for underserved communities in Chicago, he was struck by the difference it made.

“I wanted to make an impact on the inner city,” Jenkins said. At the workshops, he saw the impact that entrepreneurship could have.

“I made a commitment: ‘Lord, if there’s any way you can use me in urban ministry through entrepreneurship, I will follow you,’” he said. “Be careful what you commit to. Here I am, 30 years later!”

Within just five years, Jenkins and his team led workshops for at least 1,300 young people and saw 19 youth-led businesses started.

“We operate from our Christian values. God gives us the dignity of being stewards of his resources, and through that stewardship, we can have an impact for the kingdom on our families and communities,” Jenkins said.

For a time, Entrenuity hosted week-long training camps at Wheaton, bringing Chicago Public School students to the campus. Some of those students went on to attend Wheaton.

“At the end of the training week, students would present a business idea in front of the whole group and their parents, and we would have a big banquet,” Jenkins said.

Over time, Jenkins added programs for adult entrepreneurs and expanded through partnerships with business coaches and conferences.

“We’re showing that entrepreneurship education is an important part of urban ministry,” he said.

It is not without challenges, some of which he detailed in his book, Know More Nonprofits: Moving from Dependency to Sustainability (Startingup Business Solutions, 2019). Jenkins found that people of color experience unique challenges leading nonprofit organizations. The book helps non-profit leaders and donors become more aware of those challenges and equips them with sustainable solutions and alternative revenue models. Now, Entrenuity owns several businesses, including two coffee shops and a co-working space called Mox.E Chicago, a model he plans to expand nationwide.

Reflecting on Entrenuity’s beginnings on the top floor of his house to now having its own space, employing dozens of people, starting many businesses, and providing thousands of people with entrepreneurship resources, Jenkins has one word: “Obedience. It’s not about me. It’s about being obedient to the One who called me.” 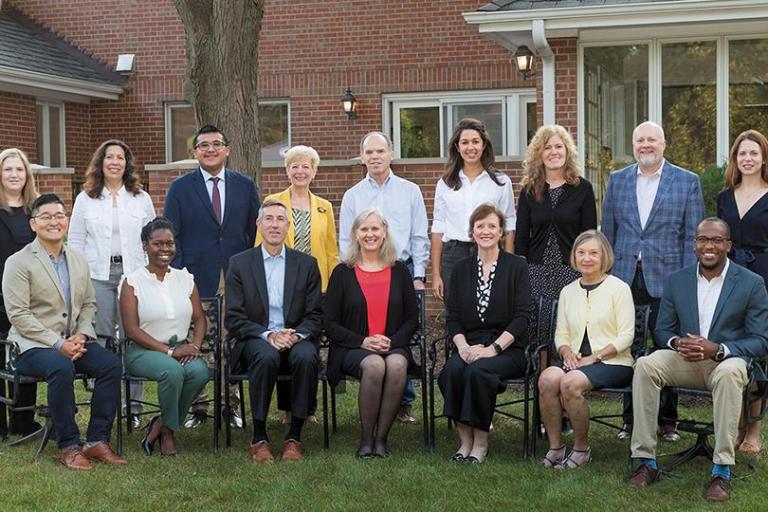