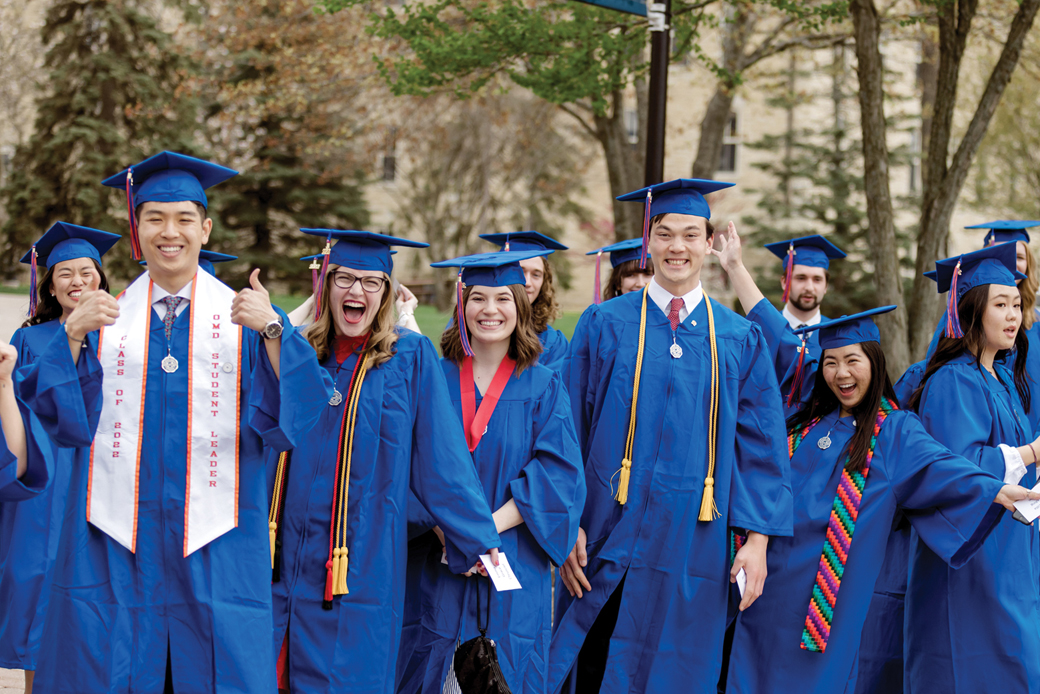 Renowned evangelist Dr. Billy (Jang Hwan) Kim addressed the members of the Graduate School and the undergraduate classes of 2022 at Wheaton College’s 163rd commencement ceremonies on May 7 and 8, respectively.

In his commencement address, Dr. Kim encouraged the undergraduate class of 2022 to always choose Jesus as their leader and to pursue a fervent life of prayer.

The new major includes classes in history, philosophy, anthropology, music, and international relations, alongside at least one semester spent in a Latin American country.

As part of the Year of the Arts, Faith, and Imagination, Wheaton hosted a two-day symposium centered on science, imagination, and wonder. Dr. Jennifer Wiseman, a senior astrophysicist at the NASA Goddard Space Flight Center and Hubble scientist, gave a keynote lecture exploring the significance of human life amidst a dynamic and beautiful universe. Dr. Jeff Hardin, the Raymond E. Keller Professor of Integrative Biology at the University of Wisconsin-Madison, gave a keynote lecture on God’s sovereign hand in creating and sustaining human life. The event also included a live performance of a dramatic production titled Fire from Heaven: Michael Faraday and the Dawn of the Electrical Age.

More than 40 graduate students, faculty, and staff traveled through Alabama, Tennessee, and Missouri in April. At each destination, participants visited historic sites of the civil rights movement and took in films, readings, and lectures that confronted them with the legacy of racial injustice in America, both past and present. The experience invited participants into racial healing and biblical justice, in line with Wheaton’s Christ-Centered Diversity commitment.

Where Are the Women? Annual Conference

Wheaton College hosted its fourth annual “Where Are the Women?” conference in February. This year’s theme of “embodiment” inspired panels and roundtables on wellbeing, physicality, self-image, shame, and wholeness. Speakers included professors and staff from around campus, as well as guest speaker Liuan Chen Huska ’09, a journalist and author whose work centers on the intersection of embodiment and faith.

Associate Professor of Communication Dr. Theon Hill and Director of Graduate Student Life Dr. Mary Yeboah were named the 2022 award recipients in the fourth annual ceremony. The award honors the late Mr. Rodney K. Sisco ’84 and was established to recognize staff and faculty members that advance kingdom justice, unity, and diversity. The recipients are nominated by students and selected by the Diversity Council.

This August, incoming freshmen will participate in the new Passage Orientation. The program is designed to welcome and prepare students for their Wheaton experience and combines the previously separate Passage program with traditional orientation activities. Parents and students begin the experience on campus with sessions on life at Wheaton. Depending on their track, students then travel to HoneyRock or Chicago for community building, conversations with faculty, and further immersion into Wheaton life.

The two-week WCSI will host rising high school juniors and seniors and offer them a taste of college life, from dorm life to meals at Anderson Commons to studying in the library. Students participate in a two-credit hour class during the program, earning them college credit should they choose to attend Wheaton in the future. They also receive guidance on the college application process. Read more about the Institute and other summer learning opportunities here.

In April, the Wheaton College Storytelling Project, a student team dedicated to telling student stories, released its first album, now available on Spotify and Apple Music. Titled “Scrapbook Stories 107,” it features music, poems, and cover art by 26 student musicians, writers, and visual artists. Like a scrapbook, the album is a curated selection of original songs and poetry created by students who represent a wide scope of majors, Christian faith traditions, musical styles, and cultural or ethnic backgrounds.