Bud ’59 and Elaine Wakefield McCalla ’60 have transformed lives through teaching, hospitality, and cars

Those are two questions that Bud McCalla ’59 and his wife Elaine ’60 might ask when you meet them.

As a second career to teaching, Bud has been fixing cars, giving them to people in need, and teaching people how to drive for nearly 30 years. He estimates he has taught more than 100 people to drive, given away nearly 600 cars, and provided more than 1,000 tune-ups.

Bud started this ministry of helping tune-up and give away cars at a local crisis pregnancy center’s car donation program, and it grew from there. He has since helped countless others: members of his church, missionary families, students, and anyone who has a need.

“God has been so great to me; I want to help other people in service for him,” Bud shared. “It’s my worship to God, really.”

Bud and Elaine are partners in this ministry. Both had careers in teaching and majored in mathematics at Wheaton before completing master’s degrees in mathematics education at Northwestern University through the National Science Foundation. Bud also completed a master’s in education science from Eastern Michigan University. From there, they started teaching and even served as missionaries in Japan during a two-year teaching sabbatical.

They continue to use their gifts to serve anyone in need in the Detroit suburb area, including Japanese judges sent by the Supreme Court of Japan for a one-year study of Detroit’s courts and jury system. Since 1986, they have hosted a new judge every year, helped them with cars, and gone on sightseeing trips.

“When you work on cars, you end up moving people as well,” said Bud.

“Last year, we had a lady stay with us who needed her car fixed so she could get to work,” Elaine said. “While Bud was fixing her car, we read Scripture together, and she came to know the Lord.” She was one of many people who have known the family’s hospitality over the years.

Bud and Elaine are fixtures of the Wheaton alumni community, and not only because Bud was involved in a scheme to fly the infamous senior bench in a helicopter over the Wheaton football field during a homecoming game. They sent three children through Wheaton College, and now a grandson. “I just gave his car a tuneup, in fact,” said Bud. “Do you need a tune-up?” 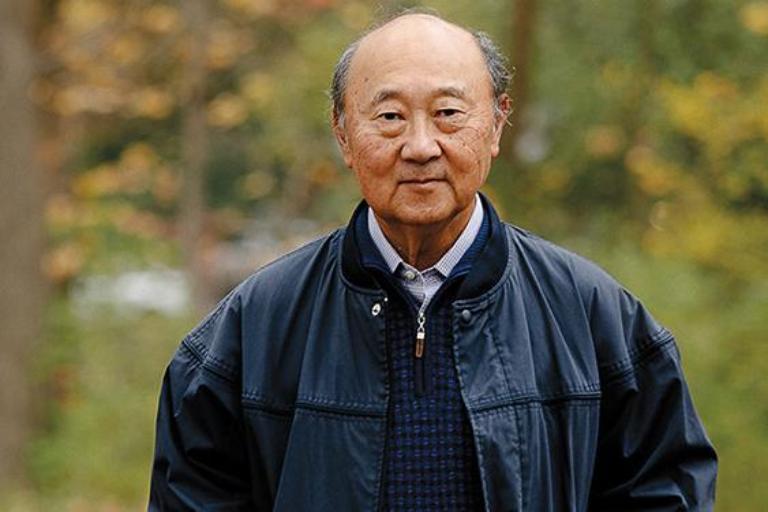 One Step Away: Developing a Vaccine for COVID-19