Jasper Bacon ’82 is a first-hand witness to the transformative power of Christian athletics and how his tightly knit Wheaton community propelled him into founding a thriving student ministry in his hometown of Canton, Mississippi.

“God had it planned out for me to go to a place to be prepared academically, mentored, solidified in my calling, and meet the right people. Then he called me to this ministry so his work could be done.”

Jasper Bacon ’82 has been celebrating God’s protection and provision from the day he stepped off the train in Wheaton in 1979 and realized he would need a winter coat in a city with wind chills that reached 60 degrees below zero.

As founder and director of In His Steps ministries in Canton, Mississippi, Bacon has been preparing his entire life to lead his organization with a pastor’s heart. Modeled after 1 John 2:6—that those of us who claim to know the Lord should walk as he walks—In His Steps provides intervention and prevention programs for marginalized youth, mission opportunities for church groups, and workshops for adults on marriage, family, and parenting.

Bacon attributes part of his foundation to his undergraduate years at Wheaton as a Christian education and ministry major. Hailing from small-town Canton, Mississippi, Bacon ended up at Wheaton due to a remarkable “chain of sovereign events.”

In 1976, Bacon accepted Christ at a Bible study led by a man who had been a member of a Christian business association in Chicago for 35 years. The Bible study leader introduced Bacon to Dr. Ben Johnson, then a faculty member of Moody Bible Institute, who had traveled down south to evangelize on the streets of Canton. Although Dr. Johnson encouraged Bacon to consider Moody for college, Bacon felt strongly that his passion for playing football needed to be part of his college experience. Since Moody lacked a football team, Dr. Johnson suggested Bacon consider playing at Wheaton College.

Bacon initially accepted an offer to play football at Alabama A&M on a scholarship. But toward the end of his freshman year, he applied to transfer to Wheaton. In August 1979, Bacon received a phone call from Dr. Joe Bean, former admissions director at Wheaton, who personally invited Bacon to Wheaton. So he packed up his luggage, got on a train, and headed north.

In addition to upper-level theology courses that felt daunting for him as a new Christian, Bacon found himself as one of approximately 20 Black students on a campus of 2,000. He also encountered people who had never interacted with a Black person before.

Yet Bacon was grateful for the work of faculty like the late Dr. Ivan Fahs, a sociology professor who welcomed hard conversations with students about cultural and racial divides on campus. “At the time, not many people dared to speak about issues like racism and cultural sensitivity,” Bacon said. “It was kind of hush hush. But Dr. Fahs was a man who would speak into those issues, so he and I had some really down-to-earth conversations.” 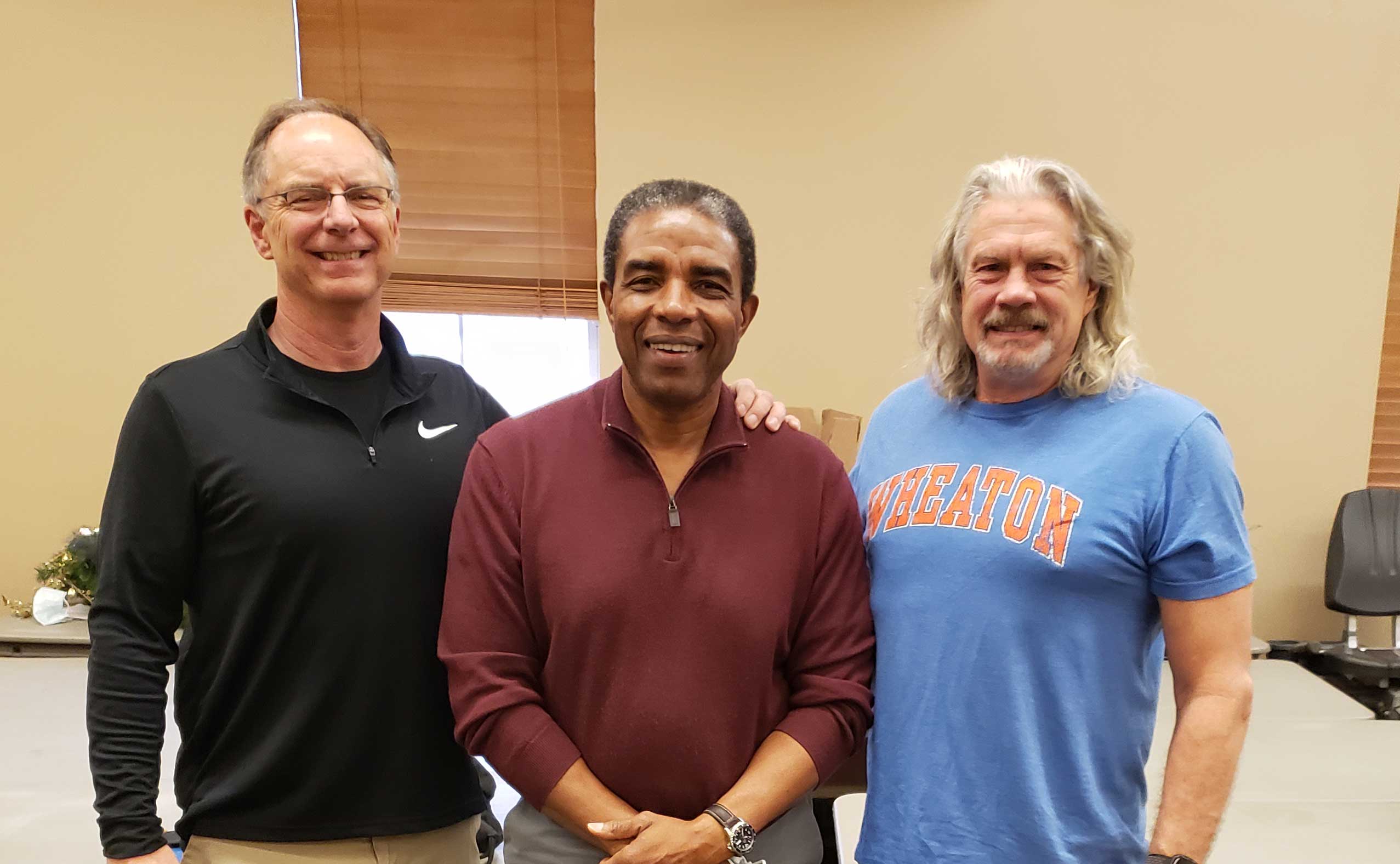 Bacon also remained grounded in his firm belief that God had called him to Wheaton to be equipped for ministry back in his home state. With this mindset, Bacon intentionally forged meaningful relationships that would prove central to his work as founding director for In His Steps, which celebrated its 25th anniversary in 2019.

One such connection got its start when Bacon accidentally wandered into a College Church Bible study for members aged 55 and up. A man named Charles quickly took Bacon under his wing. For the next several decades, the unlikely duo stayed connected, and in 2005, Charles called Bacon to share that he wanted to contribute $350,000 in funding to purchase land and a building for In His Steps.

“I wept on the phone,” Bacon said. “A man who prayed for me every day since 1979 then gave this amount of money for God’s kingdom work.”

From prayer warriors to financial contributors and board members, Wheaton communities are committed to the ministry in a variety of ways. For example, Professor of Evangelism Emeritus Jerry Root has led a short-term mission group from College Church to serve with In His Steps for 12 consecutive years. Assistant Football Coach Jeff Peltz ’81, who played football with Bacon, also brings players down to Mississippi during spring breaks.

In the past two years, In His Steps purchased 19 additional acres to develop and offer a Christian camping ministry to youth and adults. The expansion is inspired by Bacon’s own athletic history, as well as In His Steps’ long-standing commitment to help youth thrive both in body and mind. The program has even raised up professional athletes like Seattle Seahawks starting guard Damien Lewis, who went through the In His Steps program starting at age nine.

“Because of my intentionality in reaching out, I have friends all over the world from Wheaton College that are very involved with what we do,” Bacon said. “God had it planned out for me to go to a place to be prepared academically, mentored, solidified in my calling, and meet the right people. Then he called me to this ministry so his work could be done. It’s been his sovereignty and providence from the very beginning.” 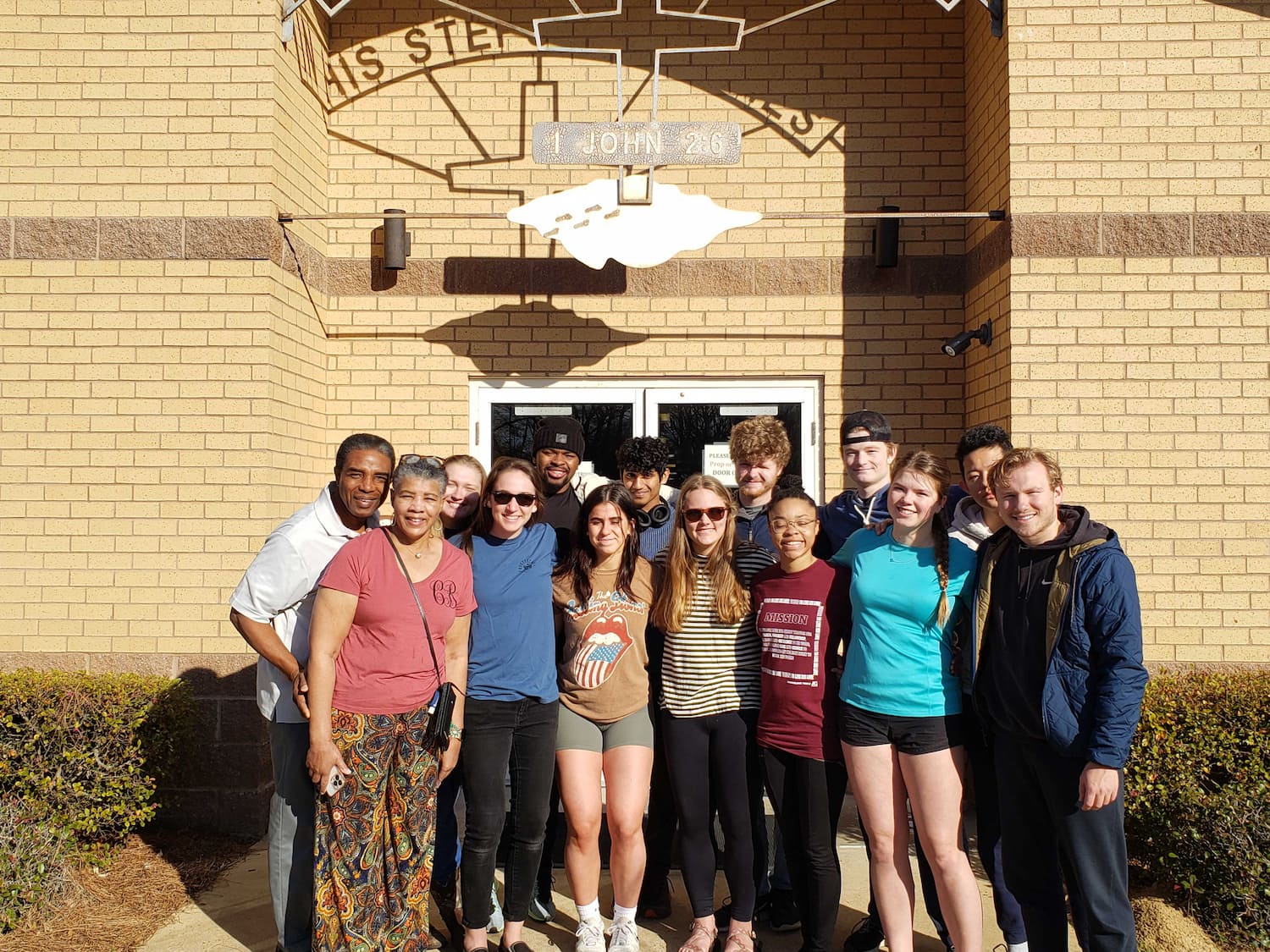 Students in the 2021-2022 cohort of Wheaton College’s Vanguard Gap Year traveled to Mississippi to volunteer with In His Steps.