When A Short-Distance Runner Chooses to Slow Down

After pouring her all into track and field performance and spending five years studying education, Favor Ezewuzie ’20 is taking time to reflect on some of the academic and spiritual lessons God has taught her through the years. 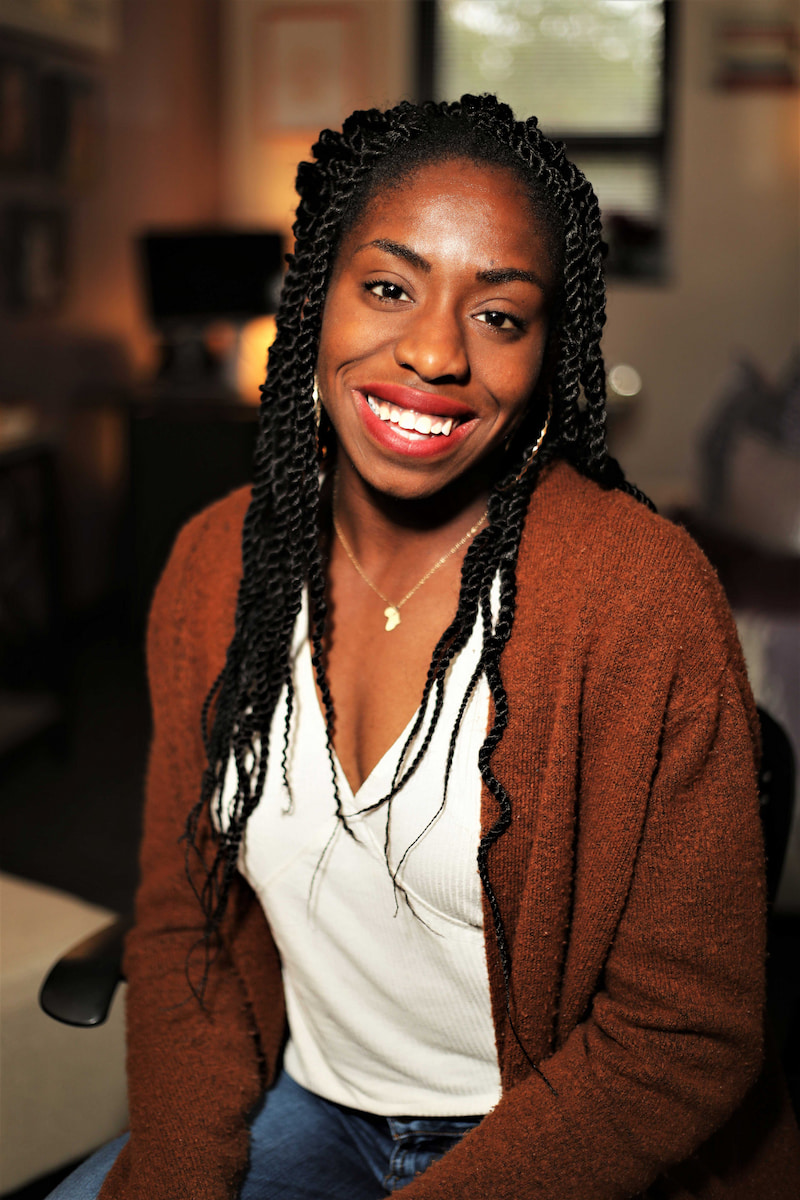 “Evangelical spaces can be really hard for people of color because of what’s going on in our world. The church is a beautiful place, and there has been a lot of brokenness, But there is time. God is redeeming it.”

During her time at Wheaton College, Favor Ezewuzie ’20 was known on campus as one of the fastest and most accomplished runners on the track team. She won no shortage of awards and prestige, even competing at nationals, and went on to run track at Clemson University as an NCAA Division I athlete. However, despite Ezewuzie’s overwhelming skill as an incredibly fast runner, she has dedicated her current season of life to taking life slower. Amid this journey, she is learning a difficult, brave, and necessary lesson: growth takes time.

Ezewuzie experienced enormous growth both during her time at Wheaton and during her transition out of it. She graduated in 2020, but since her track and field season was cut short by COVID, she was granted an additional year to compete as a college student. Shortly after graduating, she enrolled at Clemson University where she could pursue a master’s degree in education while continuing to run. Despite the clear open door to grow in two of her passions, her transition to a much larger and secular institution proved to be both a blessing and a challenge. Ultimately, the past year at Clemson gave her a deeper appreciation for the relationships she had formed at Wheaton.

“Not everybody has the luxury of real, deep friendships that go beyond the niceties,” she reflected. “I was really fortunate enough to find true friendships that were, I believe, named by God and that are forever,” she said.

Ezewuzie has also blossomed in her passion for teaching throughout her education. She spent her Wheaton undergraduate practicum teaching elementary students in Chicago, and noticed that many elementary school children faced huge academic setbacks due to the pandemic. This trend was particularly prevalent among minority urban communities, who already experienced educational inequities in many school systems. To actively respond to these realities, Ezewuzie worked as a reading specialist at a Title I school during her graduate studies. In that role, she primarily served children with reading disabilities or those who, like her students in Chicago, had fallen behind in their studies. She was grateful for the chance to help empower these students in their natural gifts, especially when many were burned out or discouraged from needing to catch up academically.

Although Ezewuzie has officially closed this chapter of her track career, she is grateful for the relational gifts she received through the sport. Track allowed her to meet her husband, gave her some of her best friends, and most importantly, has been a representation of God in her life because of the utter joy and community she finds. When she is running, she cannot think of anything else: In that moment, it is just her and God.

She also learned many hard lessons about success going from Wheaton—where she was the well-known MVP and everyone knew what she could do—to Clemson, where she was completely unknown and faced even steeper competition on the track. She found she could not measure her success in trophies or awards. Rather, success for Ezewuzie lies in showing up every day, building relationships, and learning eternal lessons, all of which she gained during her time running track at Wheaton.

Looking forward, Ezewuzie is entering a new chapter of her life and is busy both learning and unlearning many things. She is learning to fall in love with being different—embracing her Nigerian heritage, gaining joy from learning about her culture, and relearning Igbo. When it comes to unlearning, Ezewuzie is trying to reframe her cynicism about the brokenness of the church and explore her love for social justice within it.

“Evangelical spaces can be really hard for people of color because of what’s going on in our world,” Ezewuzie said. “The church is a beautiful place, and there has been a lot of brokenness, But there is time. God is redeeming it. And in many ways, I believe he’s redeeming it through people who are addressing what’s going on in the world. The theology of Black churches has been powerful, and the rest of the church ought to hear it.”

Ezewuzie exhibits a blessed assurance that the church is not lost, even in the midst of its difficulties. In a society that often rushes far too much, Ezewuzie is pushing back, sitting in prayer, and reminding herself that progress takes time, both for herself and the church. She is trying to slow down.

And for a runner who can move so very fast, that is all the more impressive.