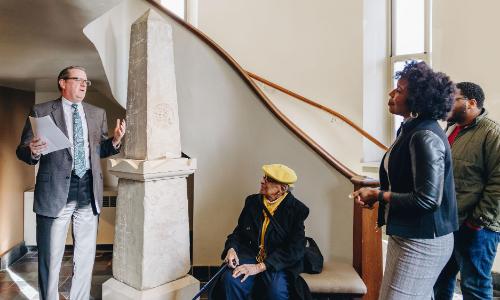 During the month of February, Stratton visited several sites of the Underground Railroad and other abolitionist activity within the state in observance of Black History Month.

The National Parks Service recognized Blanchard Hall as part of the “Network to Freedom” in 2013. It is also listed in the National Register of Historic Places. The distinctive limestone building is currently occupied by departments in the humanities and social sciences as well as the offices of the president, provost, and Academic Affairs.

Stratton drew parallels between what she observed at various sites and her work as lieutenant governor.

“Every time I saw a point of slavery or people in bondage, there were always efforts to try to free people as well. So I consider the work that I do as lieutenant governor focused on trying to bring freedom to people in different ways--economically, educationally, through health care, through housing,” she said. “I'm here to learn what's in the history that's found right here.”

Wheaton College President Philip Ryken presented Stratton with a copy of Marching to the Drumbeat of Abolitionism: Wheaton College in the Civil War by Professor of History Emeritus Dr. David Maas, and made a brief presentation about the College’s history as a site of abolitionist activity. 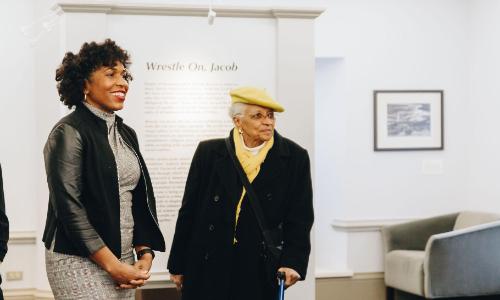 He showed Stratton the Burr obelisk, a memorial to James Burr, an abolitionist who wished to be buried on free soil. The memorial is placed prominently in the Blanchard Hall lobby. Stratton also viewed “Wrestle On, Jacob,” a permanent exhibit of images depicting African-American worship and spiritual life.

“From the beginning, the College was strongly committed to principles of abolition, as part of the Wesleyan movement in this area,” Ryken said. “We are grateful for Lieutenant Governor Stratton’s interest in the history of Wheaton’s Underground Railroad, which has enduring relevance for our community and our state. --LaTonya Taylor 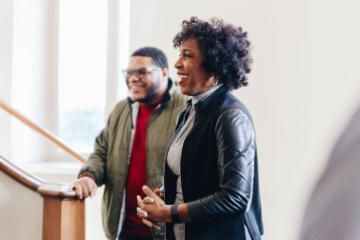 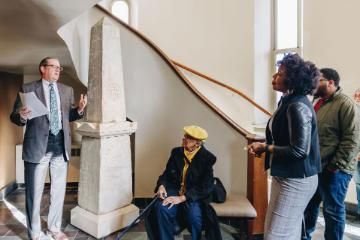