Too Precious to Squander

Too Precious to Squander

Danny Du ’20 reflects on his unexpected journey from Shanghai to Wheaton. 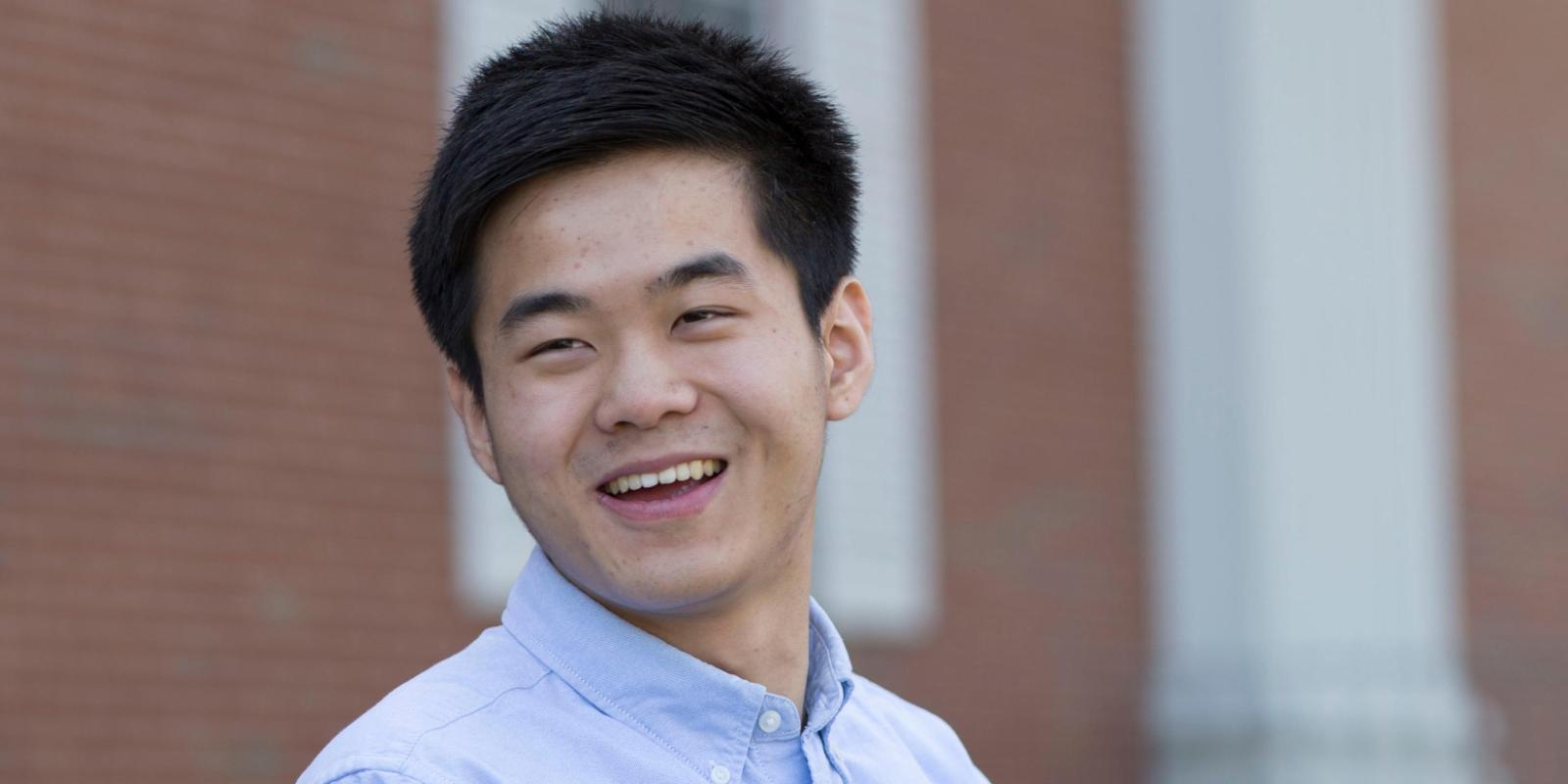 There are many images often conjured up by Westerners when they think of China, says Mingxuan “Danny” Du ’20.

But Chinese culture is far more complex and geographically varied. For example, Shanghai, where Danny grew up, is a vibrant seaside metropolis and strikingly different from many parts of the mainland, he explains.

Built on Communist ideology, modern China still retains the remnants of its 5,000-year-old heritage that weren’t destroyed by the Cultural Revolution of the late 1960s and early 1970s. In the late 1970s and early 1980s, economic reform brought in an influx of capitalist and materialist beliefs and a greater tolerance for Christianity.

And yet in spite of this multidimensionality, Chinese culture continues to embrace uniformity, particularly in its pursuit of a communal lifestyle and its standardized approach to education.

Danny bucked the latter trend by coming to Wheaton, where he is pursuing a double major in economics and international relations and a minor in math. While most of his Chinese peers chose research-based universities, he followed the advice of a church mentor by pursuing a solid spiritual foundation before seeking out professional success.

Danny was raised in a Christian home by parents who are both working professionals. The family attended church regularly, but state intervention kept worship and biblical learning modest.

It wasn’t until Danny arrived at Wheaton College and experienced the visceral joy of corporate worship in Edman Chapel and the exhilarating plunge into biblical exegesis that Danny was able to engage his faith on a level that matched his intellectual and emotional yearning.

Communal living was second nature to him, but living in Christian community was altogether new. Christ’s love working through the humble and persistent love of peers and mentors “broke him open,” and he chose to be baptized on Easter Sunday 2017. 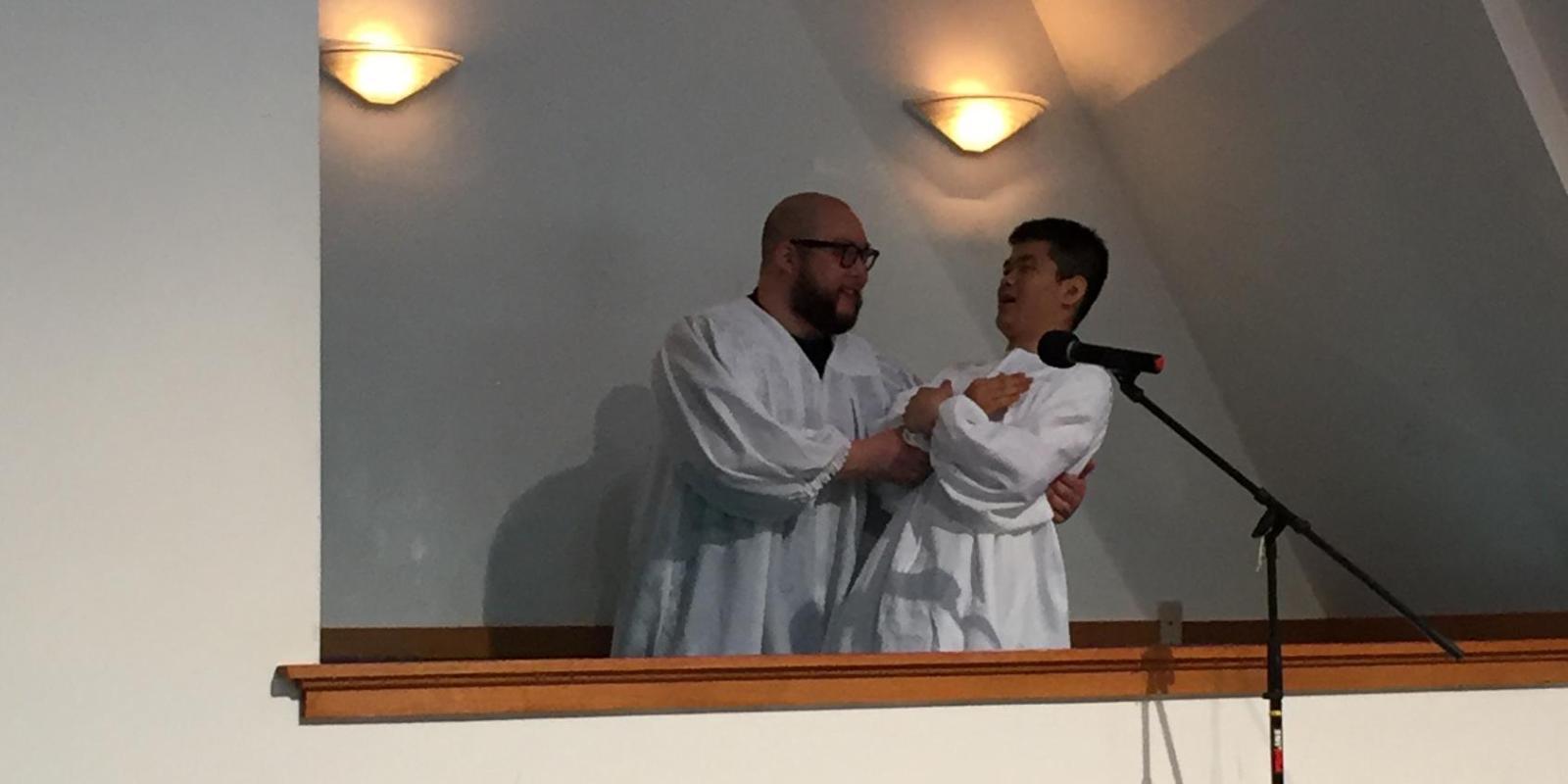 As a result of his baptism and growing competency in the Bible, Danny felt more and more empowered to “speak up.” An unexpected opportunity presented itself in April 2018 when Danny served as a delegate to the U.S.-China Global Governance Forum at Princeton University. There he reconnected with several Chinese classmates from his international high school in Shanghai, where he had been one of only two Christian students in the entire school.

For the first time, Danny felt emboldened enough to talk about his Christian faith from a personal, not academic, perspective. He began to embody a new level of confidence in his knowledge of the faith and in his sense of having been called to Wheaton so that he could someday more effectively serve as an ambassador of the gospel to China’s rising elite.

Given Danny’s aspirations to work in the international political arena, he deeply appreciated the opportunity to participate in Wheaton’s 2017 Iron Sharpens Iron summer learning program sponsored by the Wheaton Center for Faith, Politics, and Economics. 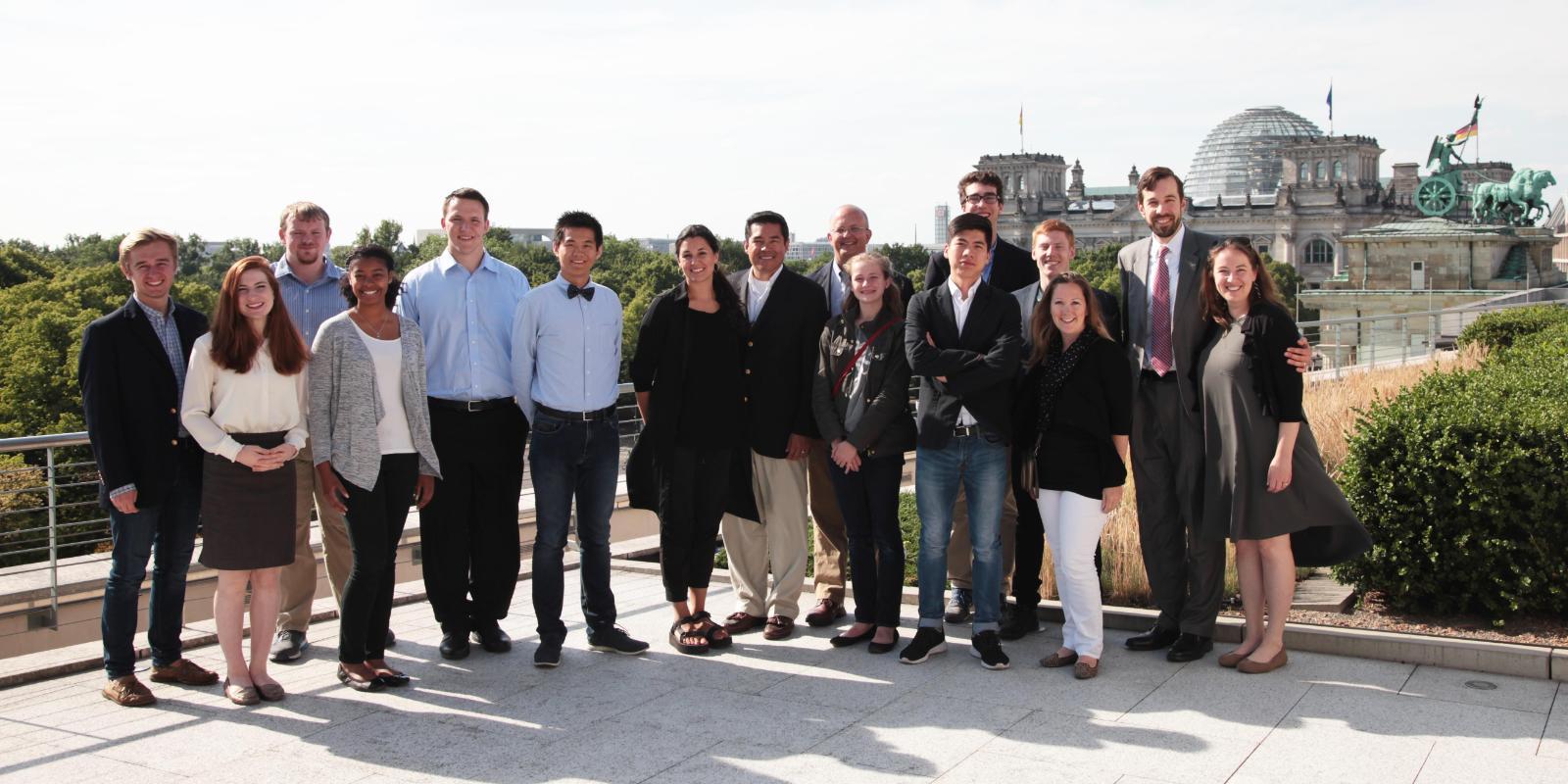 Well-versed in the socialist foundation with capitalist influences that characterizes China’s current economic landscape, Danny reveled in the opportunity to study post-Communist development in central and Eastern Europe.

Danny has also been busy sharing his skills with the campus community through a number of volunteer leadership roles. As project manager for the Student Alumni Board, he spearheaded last year’s Entrepreneurship Week and spent eight months co-launching Wheaton’s fifth annual Shark Tank. 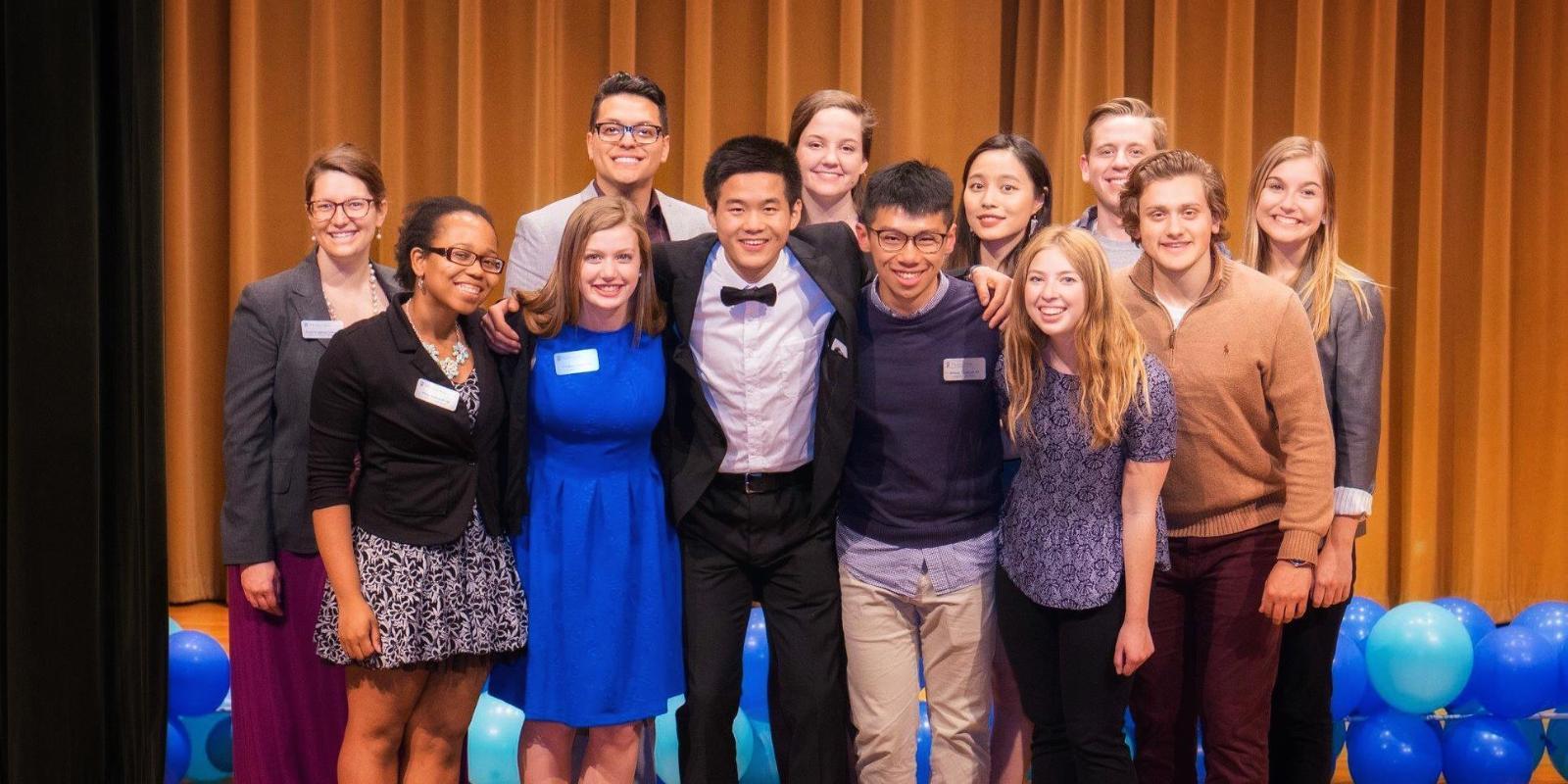 Shark Tank challenges students to devise novel solutions to everyday problems on an individual or global scale, supporting them along the way with alumni mentorship, workshops, and networking opportunities.

For Danny, Shark Tank helps expand students’ concept of Christian mission, and he sees the value of encouraging students of every major to sharpen their business acumen.

“One of the problems I’ve observed in the United States is that people sometimes separate work and missions,” he says. “I think events like Shark Tank can help break this impasse.” 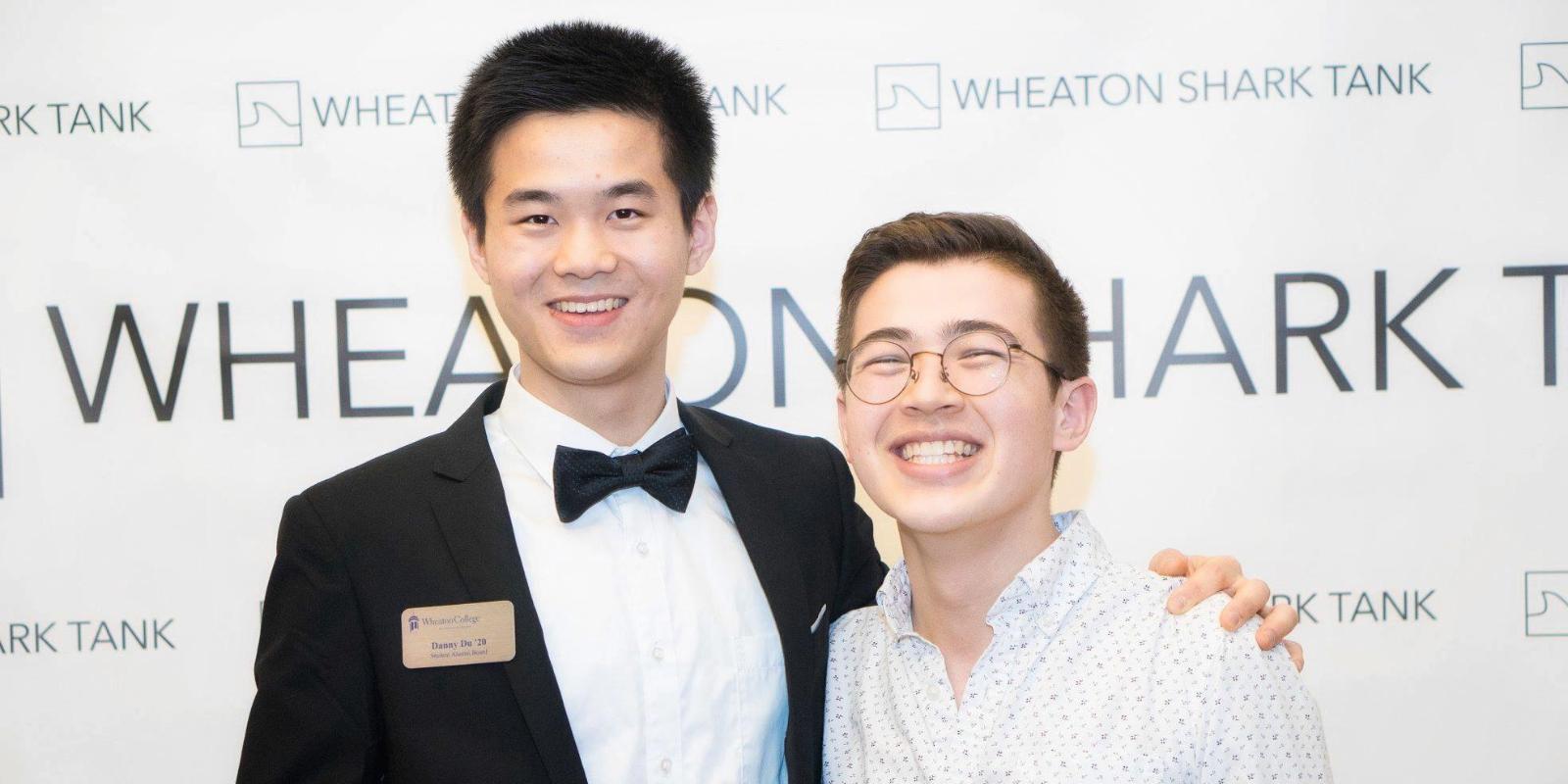 For his part, Danny is committed to applying his God-given abilities and the many opportunities and privileges afforded by his Wheaton education to the pursuit of one goal, and one goal alone.

“I shall not squander the precious opportunity I’ve been given to receive a premier Christian education in this peaceful country,” says Danny. “I have found my identity in Christ and, if the Lord sees fit, I hope to glorify God and extend his kingdom in all that I do.”

Preparing students like Danny Du ’20 to have an impact for Christ on both China’s rising elite and the American church is no small task. Because of your gifts to the Wheaton Fund, the College’s unyielding dedication to affordability is matched only by its equally unrelenting commitment to excellence. With his talent, diverse background, and servant-hearted spirit, Danny Du is poised to go places in life. His primary objective is (in his own words): “To glorify God and extend his kingdom.”