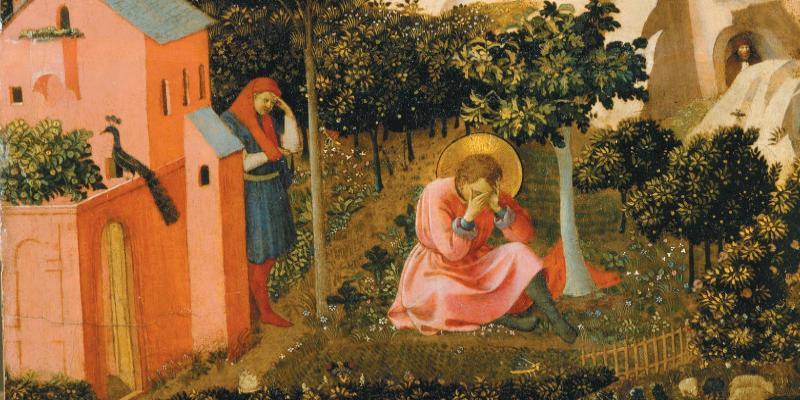 Use this guide for your own reading and contemplation of Augustine’s Confessions.

Turn Us to You: Reading Confessions

Augustine wrote Confessions as a spiritual memoir and as a book length prayer to God with a retelling of his childhood and early adulthood. Confessions also includes meditations on the nature of God, nature of humans, memory, time, creation, and more.

Reading Confessions may prompt the reader to consider his or her own spiritual journey. Encountering Augustine’s story of his dramatic turn to God may be an invitation to prayer and spiritual reflection.

Lay the foundations for your Confessions reading experience with the helpful contextual information below, followed by in-depth analysis on each book from Dr. Leland Ryken, Professor Emeritus of English.


Wheaton College’s community will be reading Sarah Ruden’s lively and clear translation of Confessions. All citations that follow in the reading guide include the book, chapter, and page number. The page numbers are unique to Ruden’s translation, although you may follow along using the book and chapter references for any translation.

Even if you’ve never heard his name, Augustine is in your head. He might, also, be in your heart. This is because Augustine’s influence is immense and cannot be overstated. He’s placed his stamp on Christian thought throughout the centuries, from his own time through the Middle Ages and the Protestant Reformation, up to today.

Augustine is a great theologian of grace. He sees grace as the very center and heart of Scripture, and his way of reading Scripture has been decisive for the church. When Martin Luther had his insight into salvation by grace alone, that experience was connected to Augustine’s similar insight about a thousand years earlier. We could even read the Reformation’s return to grace as a reclaiming of Augustine’s heritage on grace.

Augustine served as a pastor and a bishop in the North African Hippo Regis. There, he worked out his theology in and with the church and in response to the needs of God’s people. When he was faced with people struggling with something that Protestants would later call “works righteousness,” he turned to Scripture to speak about the brokenness of human nature and to remind us that we cannot save ourselves. We stand in desperate need of the healing grace of Christ our savior. Grace, then, is the basis of one of the most famous teachings of Augustine: original sin. When some wanted to separate from the accommodated, sinful church in order to start a pure community, Augustine turned to Scripture to speak of the brokenness of anything humans can do in the church and to remind us that the church is a place for sinners. When we speak of the church as a “hospital for sinners” and not a “museum for saints,” we’re claiming Augustine’s insight about the church as a church of grace. In his Confessions, we see Augustine searching for and laying claim to that grace in his own life.

Augustine’s theology won’t always feel familiar to us, and, like every human theology, it isn’t always right, but it is full of wisdom. It’s a theology born of deep love for God’s Word and God’s people and a theology which reminds us of the depths of God’s grace.

When we read Augustine, we encounter someone from a time and a place very different from our own. Augustine is inescapably a man of his late ancient context. As is true for all of us, some of the characteristic sin of his context shapes his life.

One clear example of this is in his relationships with women. Augustine shares in sinful assumptions of his time about the foolishness of women. At the same time, his understanding of women is—at least partially—transformed by the gospel which names women as created in God’s image and redeemed in Jesus Christ. He sees the Manichean degradation of the body and of sex as degrading to women. He is disciplined by the truth of the goodness of creation, including the goodness of human beings as created male and female, to understand women as human and as rational (Book 13, Chapter 47, pg. 478). In a context where some suggested that women were such a problem that they couldn’t even be saved without becoming male, Augustine is clear that God made women and is redeeming women.

In the Confessions, two women stand out: Monica and the unnamed woman Augustine lived with for many years, the mother of his son. There are as many interpretations of these two women as there are readers of Augustine. Some see Augustine as callous and derogatory toward both, others emphasize his love for them and his portrait of his mother as Christian example. We may be moved by Monica’s devotion to her son and her deep desire that he might come to Christ.

Monica’s extreme submission to her problematic husband and the powerlessness of Augustine’s lover are characteristic of the deeply patriarchal ancient context. There’s a lot we don’t know about these women, especially about Augustine’s lover, but there are aspects of Augustine’s relationships with them in which we can see hope. Augustine is bound by class strictures in a way that makes him share at least some of the powerlessness of the woman we might see as his common law wife. She is “torn” from his “side” (Book 6, Chapter 25, pg. 164), and he grieves the loss deeply. Here is a broken, sinful situation in which shreds of human love and dignity may still be glimpsed.

In many contemporary conversations, Augustine is villainized as degrading women and sex, but the real story is more complicated. He was acutely aware of his own sexual sin, and this certainly made it hard for him to imagine friendship with Christian sisters, but he also stood resolute against many who failed to see that God made and loves all humans, both women and men. When we read outside our own context, we are challenged to imagine what it might be like to live with different assumptions, to see the ways that sin operates in every time and place, and to praise a God who nonetheless works, even in the midst of that sin.

In his essay, Dr. Benjamin Weber explores Augustine's identity as a life-long reader. Augustine was a voracious reader from his adolescence, and each book he read shaped his intellectual journey. Moving from the Aeneid to Cicero's Hortensius, Aristotle's Categories, and the Platonists, Dr. Weber explains each book's ideas and their distinct contributions to Augustine's evolving conception of God. Reading forced Augustine to grapple with his human desires, helped him learn how to read with his head and his heart, and brought him into contact with the Word that tells him to "take up and read.”

Pair your reading of Confessions with helpful analysis on each book. In the pages below, you will find an abridged version of Dr. Leland Ryken's Christian Guides to the Classics: Augustine's Confessions, replete with thoughts for reflection and discussion.

Enrich your exploration of the Confessions. The Sins of Youth The Second Year in Milan Recapitulation of the First Nine Books For more comprehensive analysis of Confessions, read the full text of Christian Guides to the Classics: Augustine's Confessions by Dr. Leland Ryken, Professor Emeritus of English. 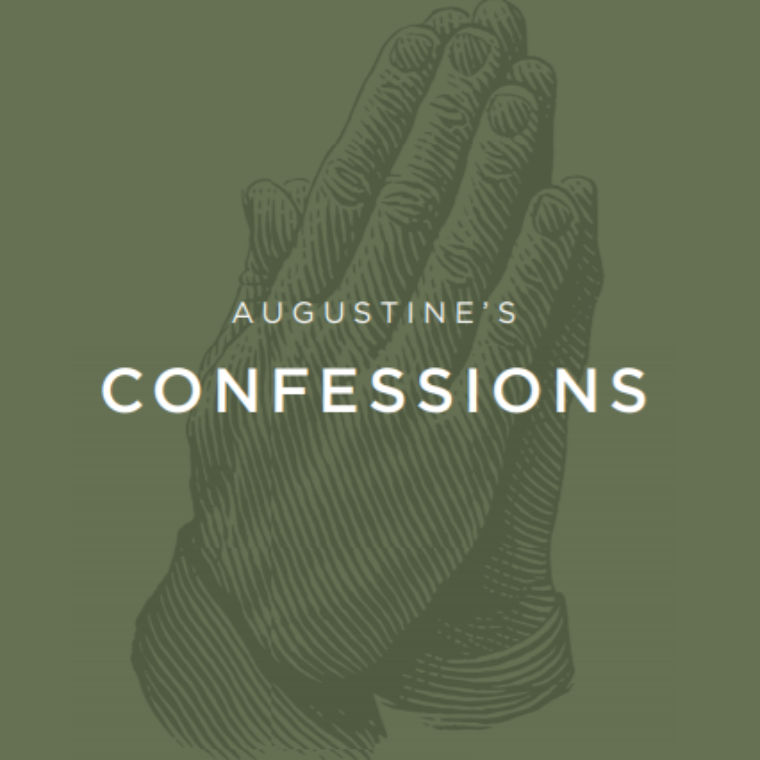 Download a PDF version of the full Confessions Reading Guide

Dive into Confessions with an in-depth analysis from Dr. Leland Ryken, Professor Emeritus of English. Written in 2015, Dr. Leland Ryken's informative guide walks readers through each book, explains the text, and offers ideas for further reflection. Explore the full text in PDF format. 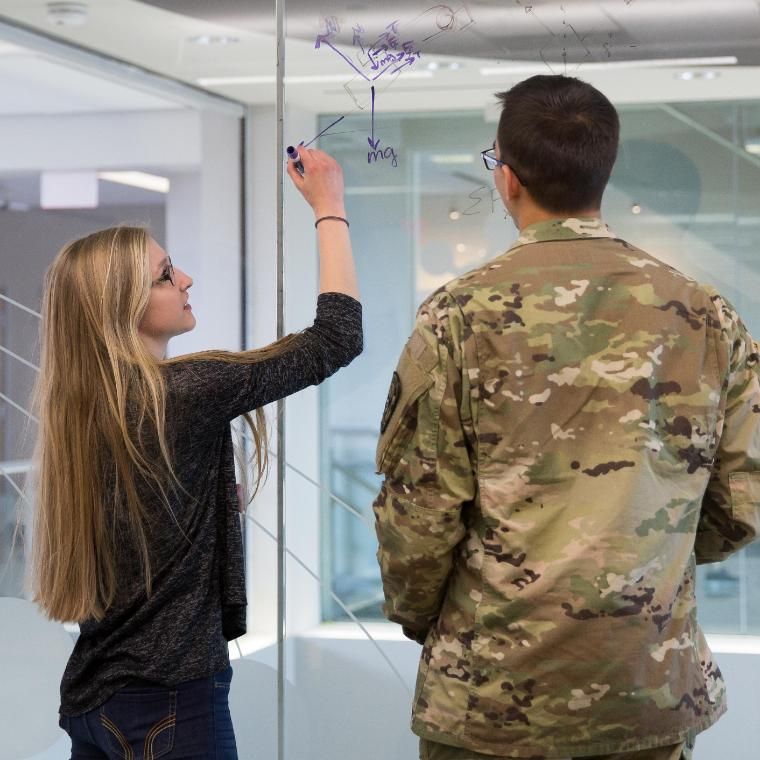 Christ at the Core

Christ at the Core