To fully connect with the "Stepping into Silence" exhibit, it is important to understand the context behind the art: Christianity in Japan and its role in Silence, Shusaku Endo's novel.

The setting of Silence is 17th-century Japan, a time of governmental prohibition of Christianity and violent persecution of Christ-followers. Many suspected believers and towns were required to regularly demonstrate non-belief in Christ by stepping on fumi-e, images of Christ or Mary made of metal or paper. Those who didn’t apostatize by treading on the fumi-e were subject to torture and martyrdom.

In the novel, the main character Rodrigues, a Portuguese Jesuit priest, travels to Japan to support the Kakure Kirishitan (Hidden Christians), and to investigate whether his missionary mentor has betrayed Christ by succumbing at the testing ground of the fumi-e. Rodrigues’ journey into the harrowing realities of the Japanese persecution—and his encounter of the test of the fumi-e leads to the radical reorientation of his understanding of mission, vocation, the silence of God, and grace itself.

History of Christianity in Japan 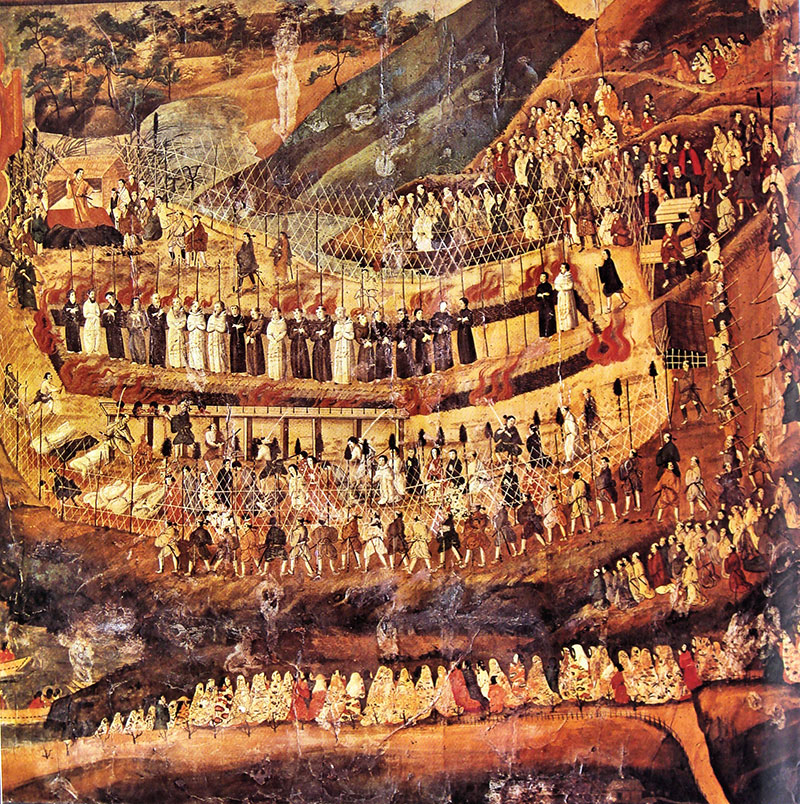 In 1549, Jesuit Francis Xavier (1506-52) inaugurated his mission in Japan, where the Shinto religion and Buddhism had coexisted for centuries. Xavier’s passionate ministry brought about 2,000 Japanese people to the Christian faith within just a few years. It is estimated that by 1614 there were nearly 300,000 Christian converts in Japan.

However, as the number of Christian communities increased, Christianity became a threat to national unity. Thus, Christians faced severe opposition under the directives of Toyotomi Hideyoshi and subsequent Tokugawa shoguns (hereditary military dictators). In 1606, Shogun Tokugawa Hidetada declared Christianity illegal and in 1614 began a campaign to expel missionaries. Japanese Christians then faced severe consequences for refusing to recant their faith and to register as Buddhists. By 1629, all Japanese were to publicly denounce the Christian faith by trampling the fumi-e (literally “step-on picture”), an image of either Christ or the Virgin Mary. Those who refused to trample the fumi-e faced imprisonment, torture, and eventually, martyrdom. By the 1640s, most Japanese Christians had been martyred for their faith or gone deep into hiding. 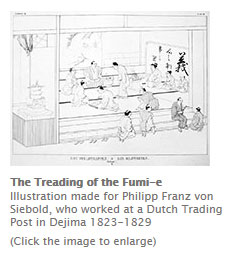 Shusaku Endo’s Silence is a historical fiction set in 17th–century Japan, during the great persecution of Christianity, which lasted until the Meiji government repealed Tokugawa anti-Christian laws in 1873. Silence depicts the tremendous pressure upon Portuguese Catholic missionaries and the remnant of Japanese Christians to apostatize. Endo’s novel reveals the horror Christians in Japan faced. Hidden Christians lived in fear of discovery, subject to the brutal practices of burning alive, beheading, drowning, or tsurushi, “reverse hanging” which included submersion of the victim’s head in a pit while blood dripped from small cuts on the head until they recanted or died.

Endo’s novel explores the implications of the spread of Christianity in Japan at a time when the government rejected any Western influences in fear of domestic unrest and European imperialism (e.g. Spain’s conquest of the Philippines). Endo describes protagonist Rodrigues’s encounter with his former mentor and priest Ferreira, who chose to step on the fumi-e after decades of underground mission work. Ferreira compares Japan to a swamp in which no foreign sapling survives, including “the sapling of Christianity.” In Ferreira’s words, “It’s not because of any prohibition nor because of persecution that Christianity has perished,” but because of “something in this country that completely stifles the growth of Christianity.” Rodrigues is greatly troubled by Ferreira’s claims. 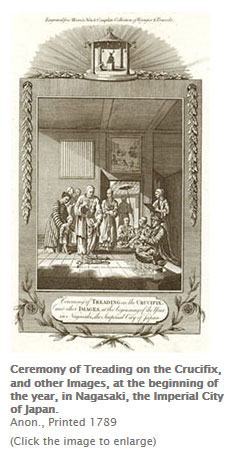 Philip Jenkins, historian of global Christianity, asserts (contra Ferreira’s reasoning) that the success of the shogunate repression of Christianity tells us more about the cruel efficiency of their tactics than the quality of Christianity that had taken root in Japan or the quality of the spiritual soil. The Japanese government’s systematic approach to the Christian persecution involved not only physical torture, but also calculated psychological manipulation of believers that lasted until the early days of the Meiji government. Jenkins warns us against the terrible “potential of religious persecution” and the ways in which it can root out entire generations of belief. Jenkins notes that the tumultuous history of Japanese Christianity demonstrates that “on occasion, persecution can and does succeed, when applied with sufficient determination and violence, and repressive regimes did not need the technology available to a modern state.”