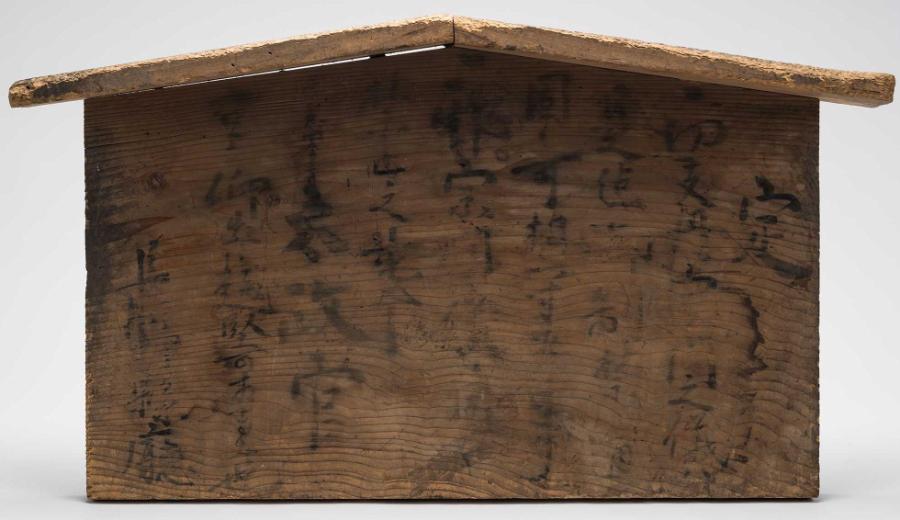 “Father, if we are ordered to trample on the fumi-e...” Mokichi, head hanging, mumbled the words as though he was talking to himself. “It’s not only a matter that concerns us. If we don’t trample, everyone in the village will be cross-examined. What are we to do?”

This Kōsatsu 高札 (official bulletin board) provides a historical reminder of the extraordinary risks to communities suspected of faith in Christ during the long era of the Kakure Kirishitan (Hidden Christians). This communal—not just individual—risk is something Rodrigues must also learn in the 17th-century setting of the novel. In this scene of Silence, one of the Japanese Christians, Mokichi, educates Rodrigues about the complex decisions each Japanese Christian faced while considering the risk of belief.

Kōsatsu 高札 were in use until 1873, when the Meiji government decided on different communication methods. Authorities in every city displayed them in public spaces—mounted on a pole or secured to a bigger structure located in strategic areas (crossroads, vicinity of bridges, harbors, etc.). They were generally inscribed with regulations, edicts, and notices. Though faded, a comparison of the legible text against similar Kōsatsu yields the following translation: “The ban on Christianity has to be strictly respected, as it has been done [for many years] until now. Evil faiths are strictly prohibited.”