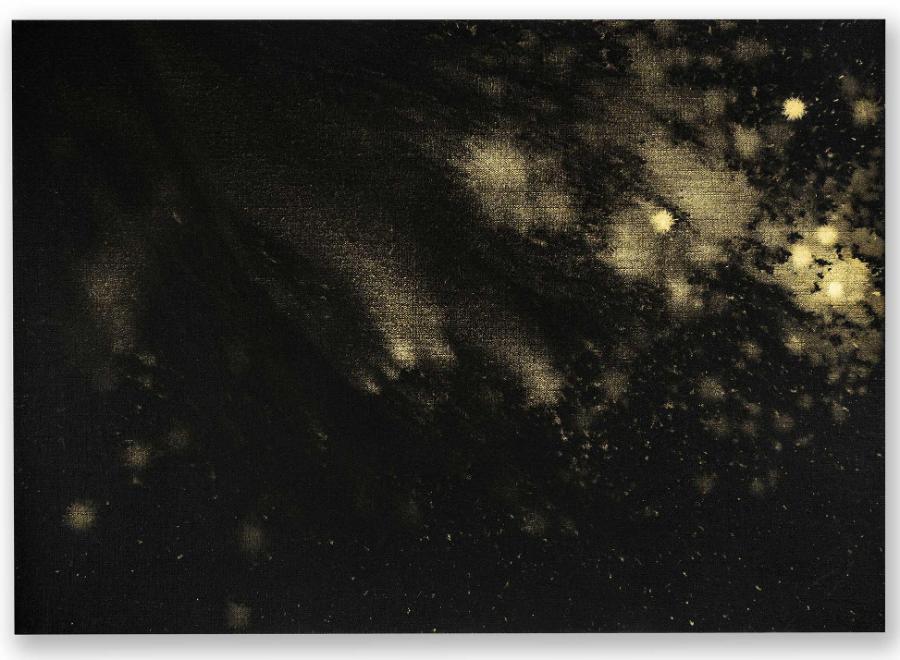 Gold and mineral pigments on canvas, 2012

“Father, I betrayed you. I trampled on the picture of Christ,” said Kichijiro, with tears. “In this world are the strong and the weak. The strong never yield to torture, and they go to Paradise; but what about those, like myself, who are born weak...

“There are neither the strong nor the weak. Can anyone say that the weak do not suffer more than the strong?” The priest spoke rapidly, facing the entrance. “Since in this country there is now no one else to hear your confession, I will do it...Say the prayers after confession...Go in peace!”

Kichijiro wept softly; then he left the house. The priest had administered that sacrament that only the priest can administer. No doubt his fellow priests would condemn his act as sacrilege; but even if he was betraying them, he was not betraying his Lord. He loved him now in a different way from before. Everything that had taken place until now had been necessary to bring him to this love. “Even now I am the last priest in this land. But Our Lord was not silent. Even if he had been silent, my life until this day would have spoken of him.”

At the end of Silence, Endo offers redemption and hope to Rodrigues through Christ’s radical grace. After formally apostatizing and being rejected by the Church, Rodrigues nonetheless finds in this moment the grace to serve as a priest to his brother and double, Kichijiro. Rodrigues’ compassionate service to Kichijiro—helping him to once again confess and receive forgiveness—is an act of true love for Christ. He demonstrates love for Christ and brother in one act of listening.

Makoto Fujimura’s "Golden Sky" helps us consider the way that beauty and redemption can emerge even out of trauma, betrayal, silence, and suffering in Shusaku Endo’s Silence. The ground gold powder that illuminates the dark background physically evokes these ideas. It’s a radical grace, that the same God who spoke light into the void, who suffers with us in silence, speaks even through our dark, broken lives. Or, as Endo explained, “I did not write a book about the Silence of God; I wrote a book about the Voice of God speaking through suffering and silence.”

Return to the beginning of the exhibit >