Decree of the Inquisition against Evil Religions 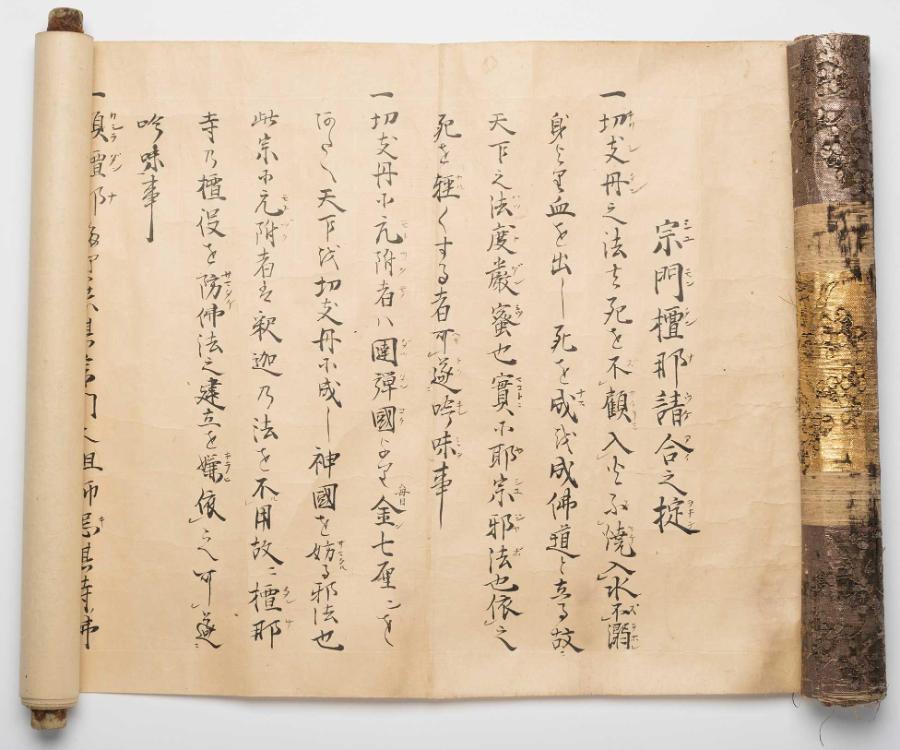 Previously I have asked the question to other fathers: What is the difference between the mercy of the Christian God and that of the Buddha? For in Japan salvation is from the mercy of the Buddha upon whom people depend out of their hopeless weakness. And one father gave a clear answer: the salvation that Christianity speaks of is different; for Christian salvation is not just a question of relying on God—in addition the believer must retain with all of his might a strength of heart. But it is precisely in this point that the teaching has slowly been twisted and changed in this swamp called Japan.

In the novel, much of Rodrigues’ discussion with Japanese officials has to do with the differentiation between core religious beliefs and cultural values of Portuguese Jesuit Catholicism and Japanese Buddhism.

This scroll shows to what lengths Japanese religious and political authorities would go to sanction differentiation during the majority of the Edo period (1603-1868) when Japan pursued isolationist and anti-Christian policies. The scroll is a standard set of regulations for Buddhist temples, which justifies the control of Christian sects by differentiating Christian religious beliefs (along with a few other sects of unsanctioned faiths) from core Buddhist teachings on the subjects of death, ancestors, respect, and rituals. Throughout such scrolls, a refrain is repeated about the troublesome religious sects: “Therefore, they should be controlled.